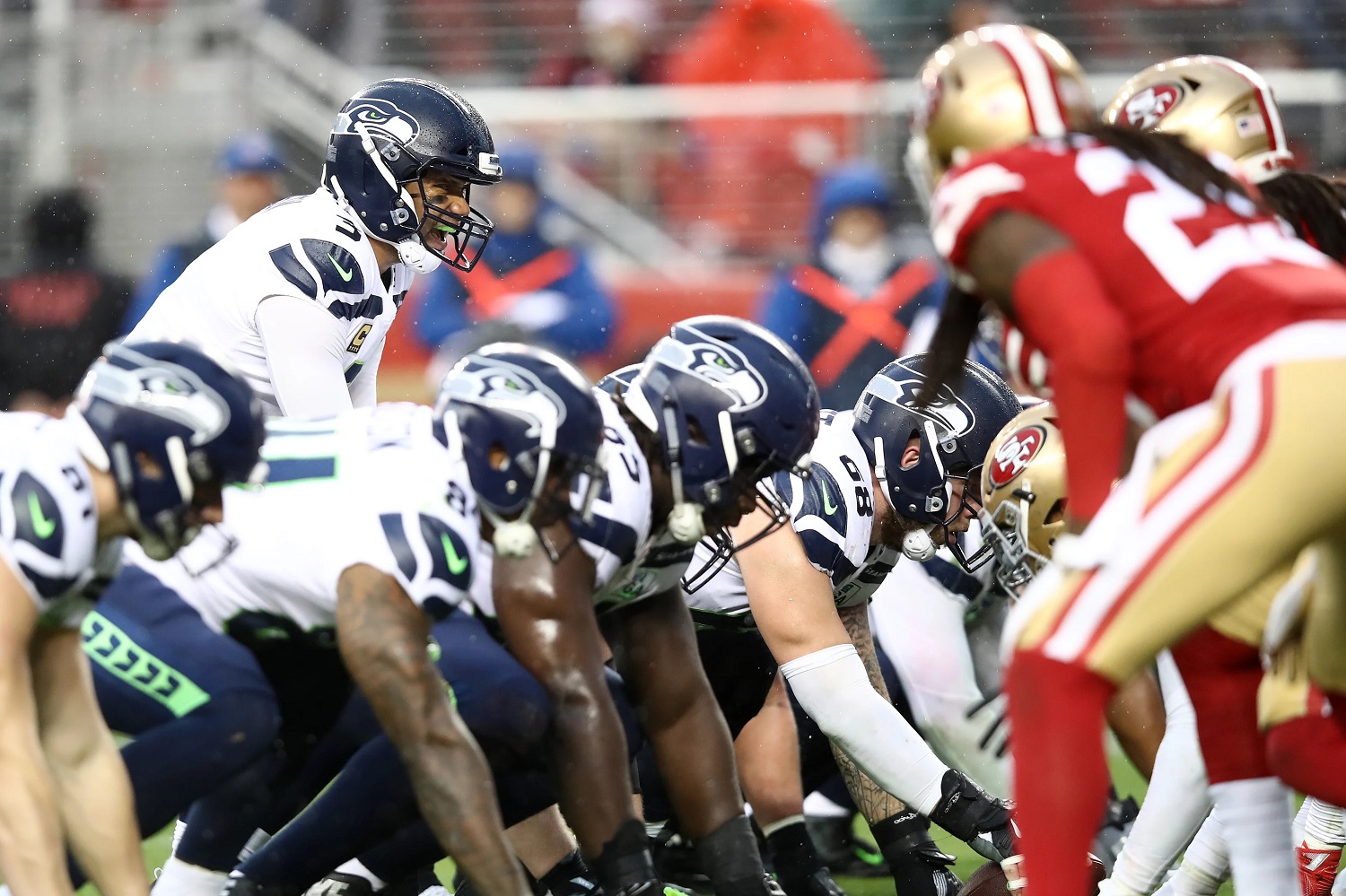 Our division previews for the 2020 NFL season continue today as we move through the NFC! The NFC West is shaping up to be one of the stronger divisions in the league this season and we are excited to run through our preview for all four teams!

The San Francisco 49ers took out the NFC West last year and carried the momentum into the playoffs, making a run all the way to the Super Bowl where they were eventually defeated by the Chiefs. The 49ers and Seahawks are shaping up to be strong once again in 2020 while the Arizona Cardinals should also improve.

Will the 49ers go one step further in 2020 and win the Super Bowl? Or will the Seahawks regain their NFC dominance under Russel Wilson and win their first division title since 2016? 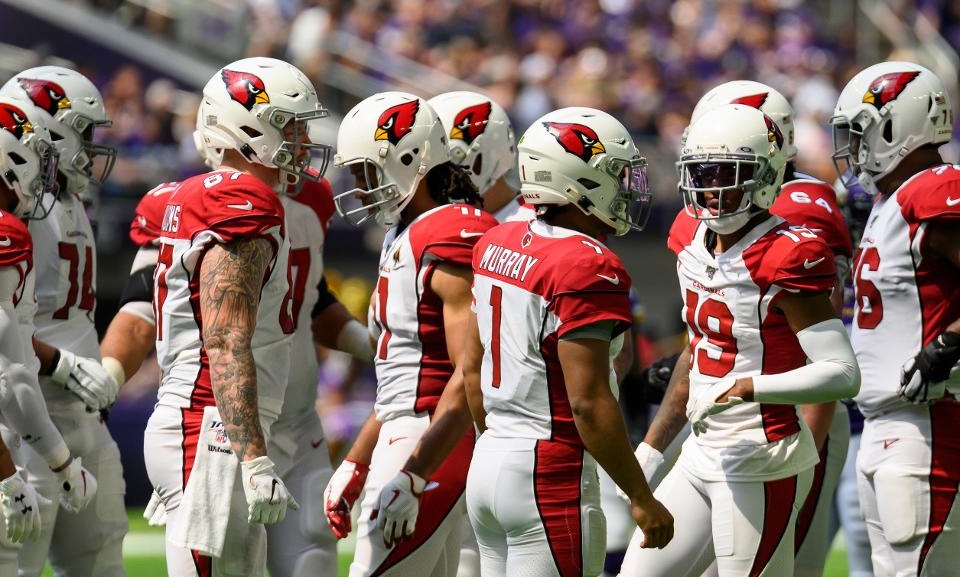 The Cardinals will have big hopes about the 2020 season. With another year of experience under the belt of rising star QB Kyler Murray and some exciting additions in the off-season, many are expecting them to jump off the bottom of the AFC West table, where they have spent the last few seasons.

Arizona won just five games last season but finished the yeah in a flurry, winning two of their last three games, both good wins over the Seahawks and Browns. Things are certainly looking up for the Cards.

Fresh scenery for star receiver DeAndre Hopkins will hopefully revitalise the former Texan, who struggled through last year despite Houston making the playoffs. The Cardinals also added key pieces in Isaiah Simmons and Josh Jones through the draft while keeping breakout running back Kenyan Drake.

There are winnable games all over the Cardinals schedule this season, they just need to get past a tough opening stretch that sees them on the road four times in the first six weeks. Inter-conference games against the AFC East minnows in the Dolphins and Jets is a win while they also face the Redskins, Lions and Giants within their conference.

The bookmakers have set the Cardinals line at 7 and we think that is right on the money. Four games against the 49ers and Seahawks isn’t ideal. The Cardinals will likely go 4-2 in the division but can make up for it with easier games in the rest of their schedule. If we had to lean one way we would give them a slight under but we are staying away from this one.

BET NOW: CLICK HERE TO BET ON THE CARDINALS WIN TOTAL (7) AT DRAFTKINGS 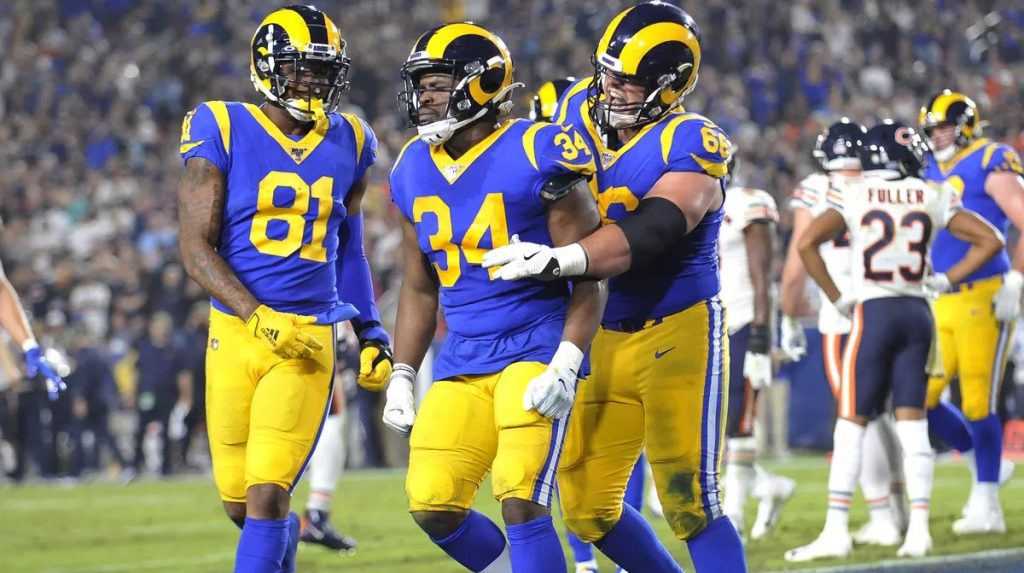 It seems as though the Rams dominance of the NFC West was short lived. After winning back to back titles in 2017 and 2018, they slid to third in the division  after a really disappointing season in 2019 and will be up against it once again this year.

There are question marks all over the field for the Rams. Will they miss the production of star skill position players Todd Gurley and Brandin Cooks? Is their offensive line capable of protecting the quarterback? Is Jared Goff even worth protecting?

The loss of Gurley could be massive. They have relied on him for offensive production for years but they have also relied on him to keep defenses mind on the run. Without him, Goff will have so much pressure to make plays, something he has struggled to do in big moments.

Dallas in the season opener at home followed by trips to Philadlephia and Buffalo in the next two weeks is a horror start to the season. It gets easier through the middle section of the year but their run home is another tough stretch, with games against the Seahawks, Bucs, 49ers, Patriots and the Seahawks again within the last 8 Weeks. Ooft.

There are just too many question marks for the Rams this season, on both offence and defense. They still have a few playmakers on both sides of the ball but in the last few years they have had such a high turnover of their roster that we just don’t expect much out of them thi season, especially with a really tough schedule. We think they go well under 8 wins here. 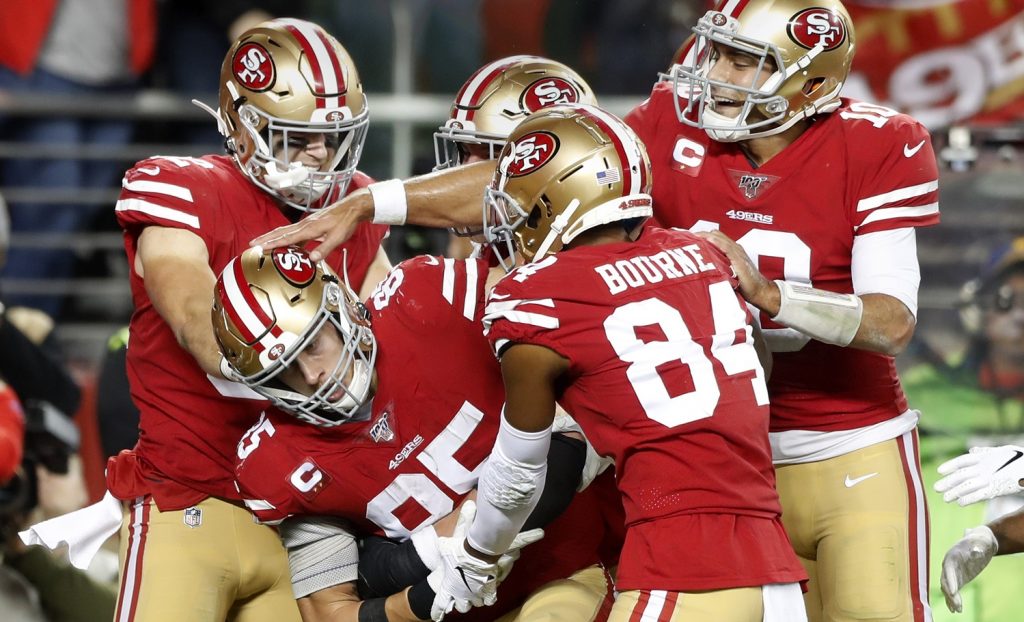 The 49ers made a miraculous run to the Super Bowl last season after many were questioning whether they were even a playoff team before the season begun. They ultimately went down to the Chiefs in the big dance, but with the same core coming back in 2020, they look primed to make another run to the playoffs.

San Francisco has an extremely young core of players, so they’ll be relying on natural progression to take the next step. That being said, they did add some key pieces through free agency and the draft in the off-season.

Travis Benjamin will slot straight into the hole left by Emmanuel Sanders while the addition of left tackle Trent Williams will bolster an offensive line that was already one of the best in the league. The 49ers also added two first-round picks in DT Javon Kinlaw and WR Brandon Aiyuk.

Overall it looks a pretty good schedule for the 49ers. With really winnable games against the Cardinals, Jets, Giants, Eagles, Dolphins and Rams in the first six weeksthey could easily be 6-0. The test will come in Week 8, when they face the Seahawks, Packers and Saints in back to back weeks.

Should be another strong year for the 49ers. We expect them to take a small step back as the better defenses in the league begin to dicepher their elite run game but with a schedule that should see them 6-1 after the first seven weeks, they can afford to drop a few to the tougher teams in the middle section. Should rack up double digit wins and clear the 10.5 win total. 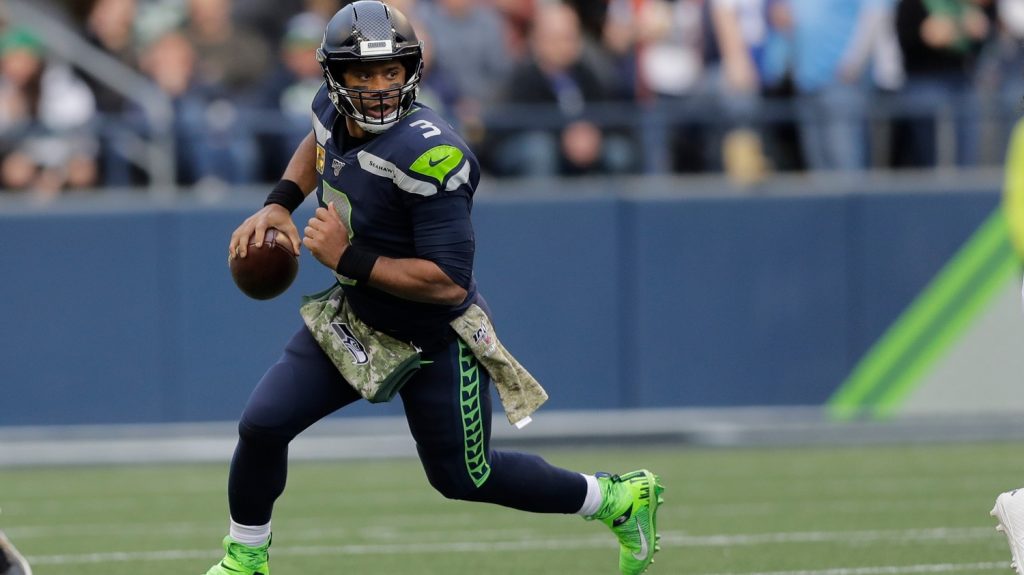 Another solid year for the Seahawks and another trip to the playoffs in 2019 despite many having written them off at the start of the season. There is no doubt that this team will continue to go as far as quarterback Russel Wilson leads them, but at this stage, he shows no sign of slowing down after another MVP calibre season last year.

Wilson will have to cover up for a sub-par offensive line once again, but he relishes in those situations. More importantly, the Seahawks will need their two running backs, Chris Carson and Rashaad Penny to recover from injuries.

At this stage, the future of DE Jadeveon Clowney is still up in the air, and the Seahawks priority should be keeping the young star. The Seattle defence will be strong again this year, but with Clowney they have the potential to be elite.

The Seahawks will be racking up the most travelling time in the league this season at over 29,000 miles. It doesn’t bode well for the ageing team and particularly their quarterback. A tough three game stretch at the start of the season includes a cross country trip to Atlanta followed by home games against the Patriots and Cowboys.

The Seahawks went 11-5 last season but we have them dropping a few games due to an improved NFC and a tough schedule. They should end the season in a flurry with games against the Giants, Jets, Redskins and Rams in back to back weeks. Not by much, but they should just go under.

Tough to look past the 49ers to win this division this year. At just -106, they represent real value, especially after going all the way to the Super Bowl last season. They should only get better with natural progression of young players plus the addition of some key draft picks.