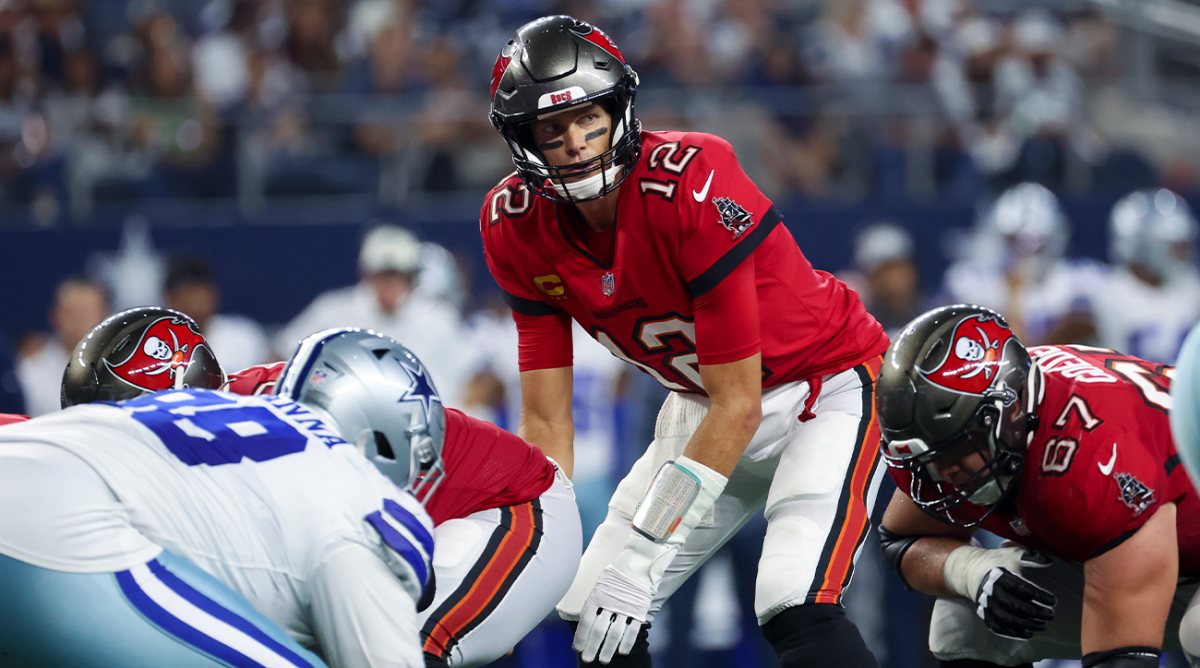 The NFL Playoffs kick off this weekend with a massive slate of games for the Wildcard Round. As always, we have you covered with betting picks for each game below.

After a rough start to the season, the Chargers crept into the playoffs with a strong back half of the year, winning five of their last seven games. Justin Herbert and the Chargers offense seemed to find some great form late in the season, particularly with the return of key recievers Keenan Allen and Mike Williams from injury.

The Jaguars clinched their playoff berth with a brilliant Week 18 win over divisional rivals Tennessee Titans. They have won their last five games in a row to jump into the playoffs but have been just average against the spread this season at 8-9.

The Chargers start as slight 2.5 point favourites on the road but I’m struggling to see a clear winner here. I like the look of the overs instead. In the last three games between these two teams there has been an average of 57.0 total points per game.

The Bengals and Ravens will meet for the 2nd straight week after their Week 18 matchup saw Cincinnati claim an 11 point win at home. The Bengals enter the playoffs as one of the faovurites to reach their 2nd straight Super Bowl after winning thei last eight games of the season.

The Ravens had a turmultuos back half of the season, mostly due to the fact that they have been without their star quarterback Lamar Jackson for the last five games through injury. Jackson is currently listed as questionable but reports suggest that he is unlikely to take part in the Wildcard Round clash.

I think the Bengals will continue their hot run and win this one regardless of Jackson’s availability. They start as 8.5 point favourites and I like them to cover that line, they have won their last eight games by an average of 9.25 points.

Without doubt the game of the week sees the Buccaneers hosting the Cowboys on Monday night football. Will Tom Brady and the Buccs come alive now that the presure is on or can the Cowboys continue their stellar season to date?

Dallas finished the season with a 12-5 record but failed to win their division, falling two wins short of the Eagles. Coincidentally, they would have won the NFC South by four games, as the Buccs stumbled over the line in their division with a dismal 8-9 record.

Like the overs again here. The Cowboys offense has been one of the highest scoring teams in the competition this season, putting up 27.5 points per game and while the Buccs have been lacklustre in that department, you have to think Brady is capable of another gear in the playoffs. 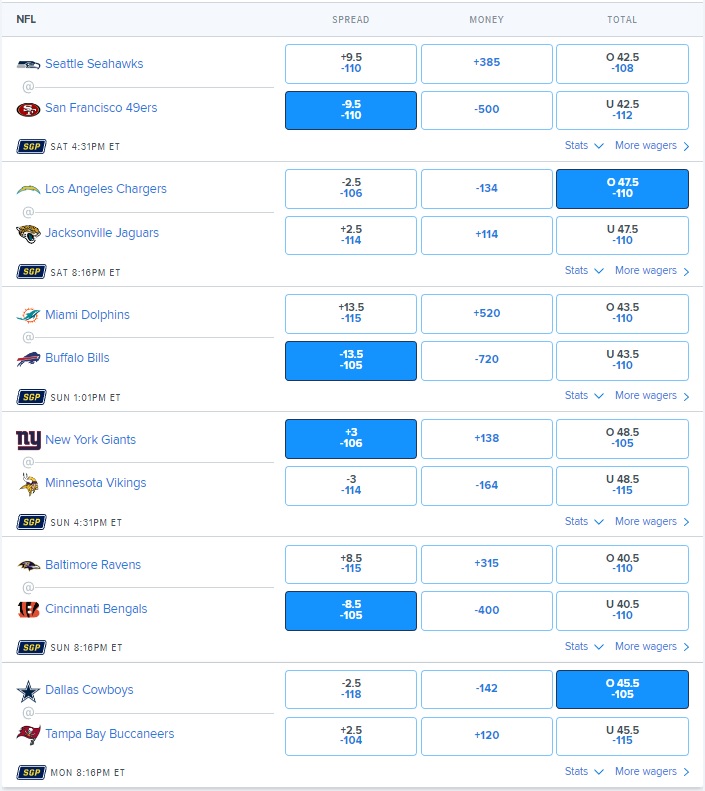