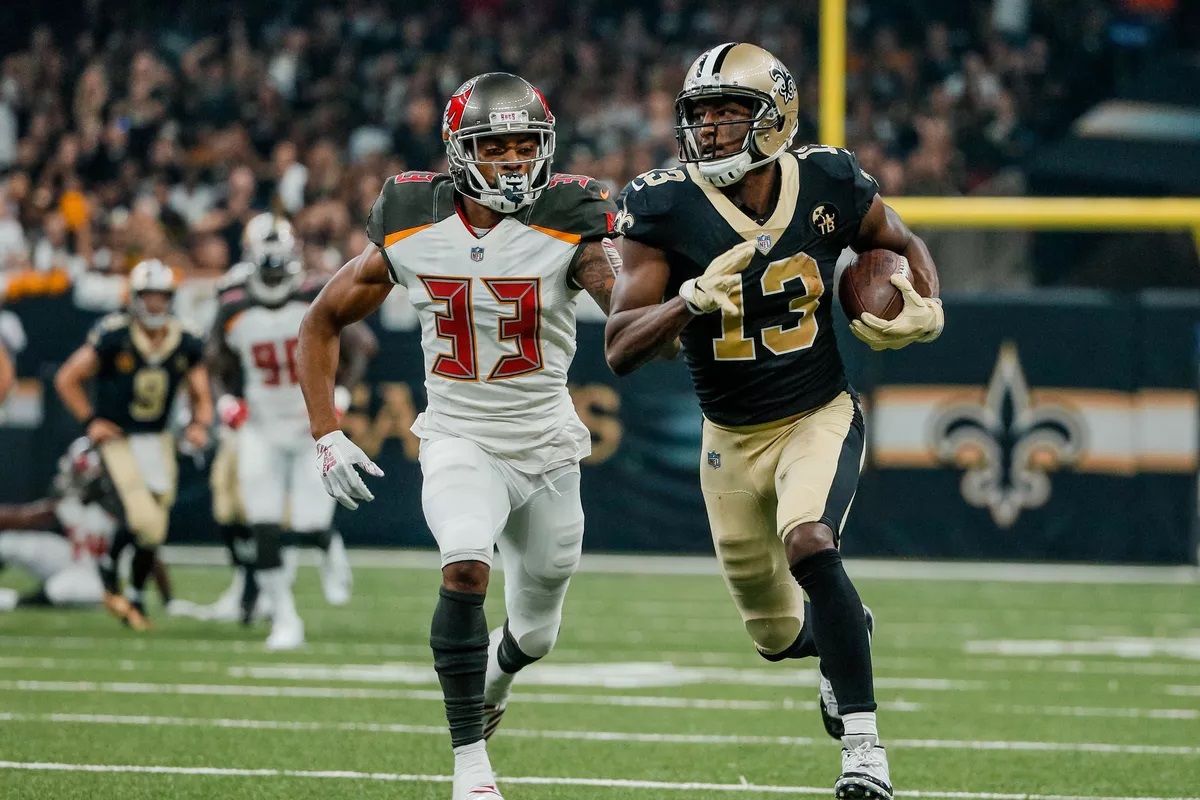 We are back with another NFL 2020 division preview. We have completed the AFC and have now made a start on the NFC, which we think is the more interesting of the two conferences!

Today we take a look at the NFC South, which got an injection of relevance this season with the addition of Tom Brady to the Buccaneers. It promises to be one of the most interesting divisions in the league, and we preview all four teams below.

The NFC South was not a particularly ineresting division last season as there was really no race for hte title. The Saints shot out to a strong lead in the division early in the season and never really looked like letting it slip.

New Orleans finished the regular season witha  13-3 record and their nearest rival in the division were the Buccaneers and Falcons, who both finished with a 7-9 record. While the Panthers should finish at the bottom of the division again this year, there is shaping up to be a bit more of a contest at the top. 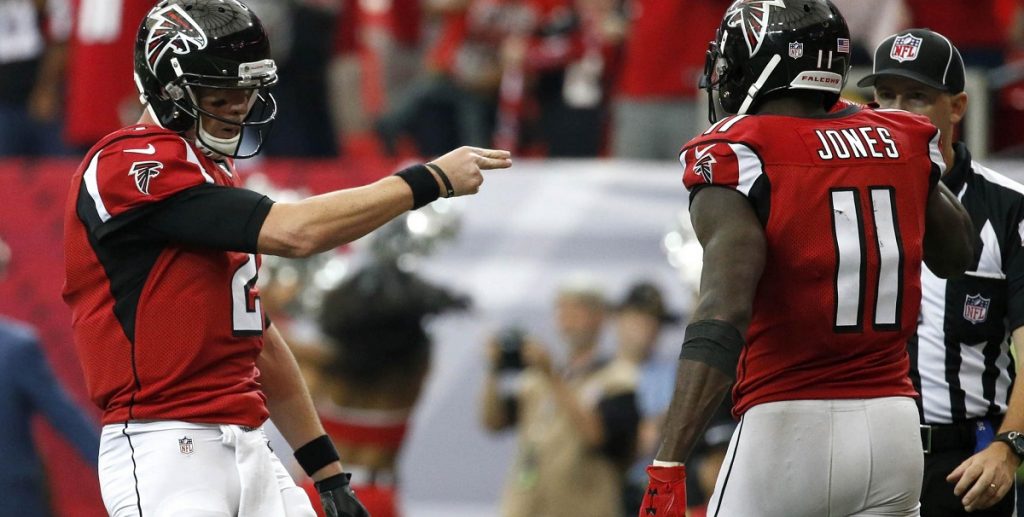 The Falcons finished last season with a 7-9 record in what was ultimately a disappointing year for them just a few years removed from making a Super Bowl. They made some key changes to their line-up and skill position players in particular to try to extend this recent run of success before having to rebuild.

As is has been in the Matt Ryan era, offense will be key for the Falcons again this year. Expect them to be a high scoring team with dynamic players at all of the skill positions, however, expect them to also allow a lot of points. They went 6-2 in the back half of the season last year and will look to carry that form into 2020.

The Falcons swapped their own star running back in Devonta Freeman for another star running back in Todd Gurley. Gurley’s stock dropped a bit in 2019 due to an average season but we still think this is a slight upgrade at the position. With the addition of TE Hayden Hurst, the Falcons could potentially role out a offensive lineup stacked with first rounders in Ryan, Gurley, Hurst and star receivers Calvin Ridley and Julio Jones.

Apart from the glaring matchup against the Kansas City Chiefs, the inter-conference schedule against the AFC West is actually pretty solid for the Falcons. They get to face the LA Chargers and Las Vegas Raiders, which are winnable games and they avoid travelling to Denver. Mix in two games against Carolina as well as matchups against the Lions and Bears and we could see the Falcons going above .500 this season if everything goes to plan.

While we wouldn’t be surprised if the Falcons ended up with a winning season, we think a prediction of 8-8 is a little more appropriate. Apart from the games we mentioned above, they have a pretty tough schedule. If they win all of the games they should and lose all of the games they should, they will end up right at the .500 mark. Of course it never works out like that but a slight over on them seems a good value bet at positive odds, especially if they can avoid injuries to key offensive players. 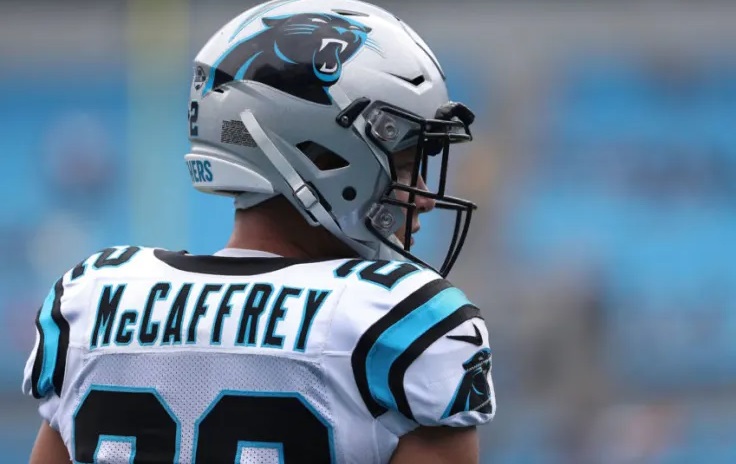 There’s not much that Carolina Panthers will have to look forward to each week this season, however, being able to watch Christian McCaffrey play week in week out might be a small consolation. The Panthers went just 5-11 last season but the star running back was an MVP candidate, racking up ridiculous numbers in both the running game and passing game.

He’ll hold the hopes of the Panthers as well as the daily fantasy community again this season and with Cam Newton’s tenure in Carolina over, they will finally be able to fully embrace the RB as their franchise player.

With the departure of Cam Newton, the Panthers picked up Teddy Bridgewater to fill the void at quarterback. Make no mistake, the offense belongs to McCaffrey and everything will go through him especially with a new coach and what will likely be a limited playbook. The retirement of Luke Kuechly will be a massive loss for the defense.

There’s no doubt the Panthers will capture a few wins at home, but it’s really tough to see them doing much damage against the top end teams in the NFC and God forbid Christian McCaffrey gets an injury. If the star running back misses games, we could see the Panthers being one of the bottom three teams in the league. 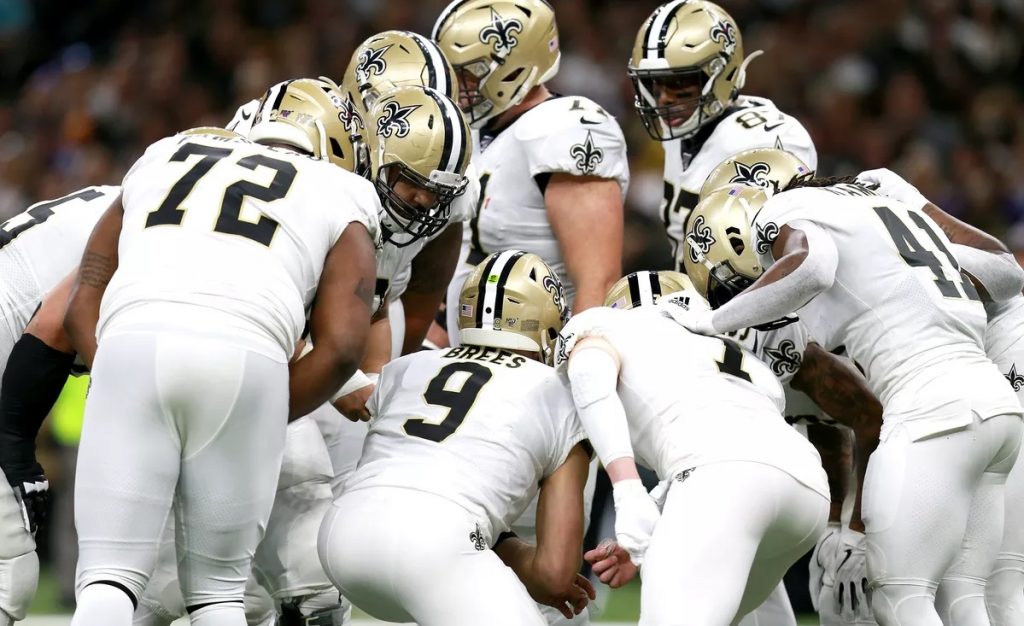 The Saints topped the NFC last season with a 13-3 record despite their starting QB Drew Brees missing five games with an injured hand. The injury might have helped the Saints in the end, as they were able to secure Brees on a really team friendly contract this season, which allowed them to be agressive in free-agency.

The Saints have one of the best rosters in the league and will no doubt be around the mark again. They have a combined 27-11 record over the last three seasons but are still without a Super Bowl appearance. Could 2020 be the year they finally breakthrough?

The Saints were able to land two starting calibre players on great contracts without losing much in the off-season as they added Emmanuel Sanders and Malcolm Jenkins, who will bolster both sides of the ball. Sanders has had to play the majority of the last few seasons as a No.1 receiver but should relish being a second or third option here.

Despite having to play some tough opponents throughout the season, the schedule actually couldn’t have worked out much better for the Saints. Their toughest one off games for the year come against the Packers, Chiefs, Vikings and 49ers and all four of those games will be played in New Orleans. Even if they go 2-2 through those four games, they should romp through the rest of their schedule.

We would have the Saints at 13-3 again this year but the Bucs might have gotten one game better with the addition of Tom Brady. Even with a potential loss at Tampa Bay the Saints still set poised to have 12+ wins again this season. They have the most dynamic offense in the league and should put up 30+ points every Sunday. 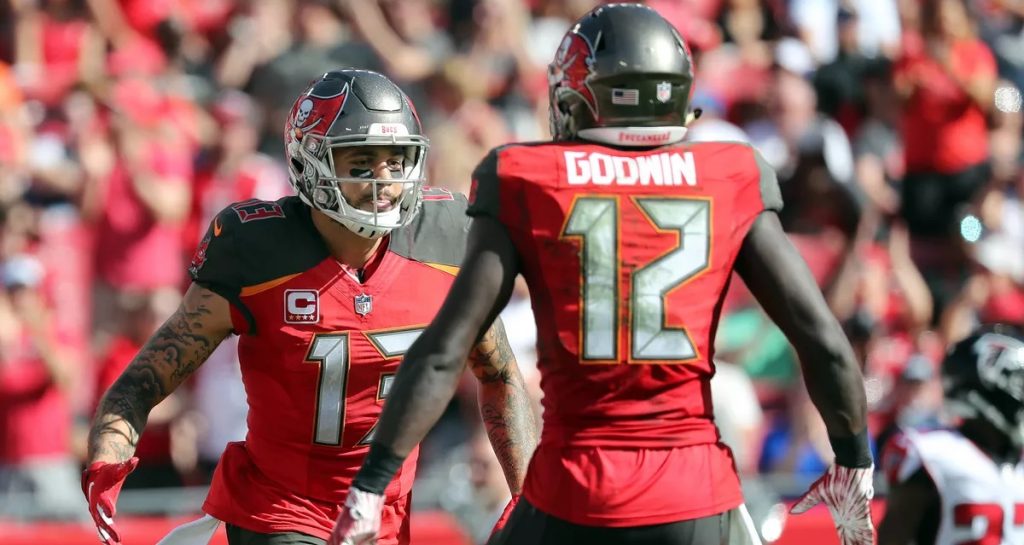 Regardless of how this season pans out for the Buccaneers, there is no doubt that it will be a success in terms of fan and media engagement. With the acquisition of Tom Brady in the off-season, the Bucs have been the most covered team in the league and whether it goes well or not, all eyes will be on them this season.

The Bucs looked poised to take the next step last season, but one thing seemed to be holding them back and that was the inconsistent play of Jameis Winston at quarterback. The Bucs were able to acquire the services of Brady without having to give anything up, which man believe makes them an instant contender for the division.

Adding Brady and Gronk to what was already an elite core of skill position players that includes Ronald Jones II at running back and a dynamic WR duo in Mike Evans and Chris Godwin makes the Bucs off-season a massive success.

Note: The late addition of RB Leonard Fournette makes the Buccs even more formidable on offense in 2020-21.

The Bucs have been kissed by the scheduling Gods, scoring conference matchups against the Giants, Lions and Rams outside of their divisional games. Add that to winnable games against AFC teams in the Chargers and Chiefs and you have the makings of a strong season.

The main concern for the Bucs is within the division. They’ll bank on two wins against the Panthers and if they can win both home games against the Falcons and Saints, they should be playoff bound. After all, it has been nearly two decades since a Tom Brady led team has missed the playoffs, and with Godwin, Evans and Gronk, he has arguably more weapons than ever before.

We expect the NFC South to be one of the stronger divisions in the league this season. There is a world in which all three of the Saints, Falcons and Bucs finish with a 4-2 record in the division, which will is why we have all three of them hitting the over in their total wins.

With all that being said, it’s impossible to bet against the Saints to win the division. As high as the potential ceiling for the Falcons and Bucs is, New Orleans is the proven roster in the division and have gotten even better this season with key additions.