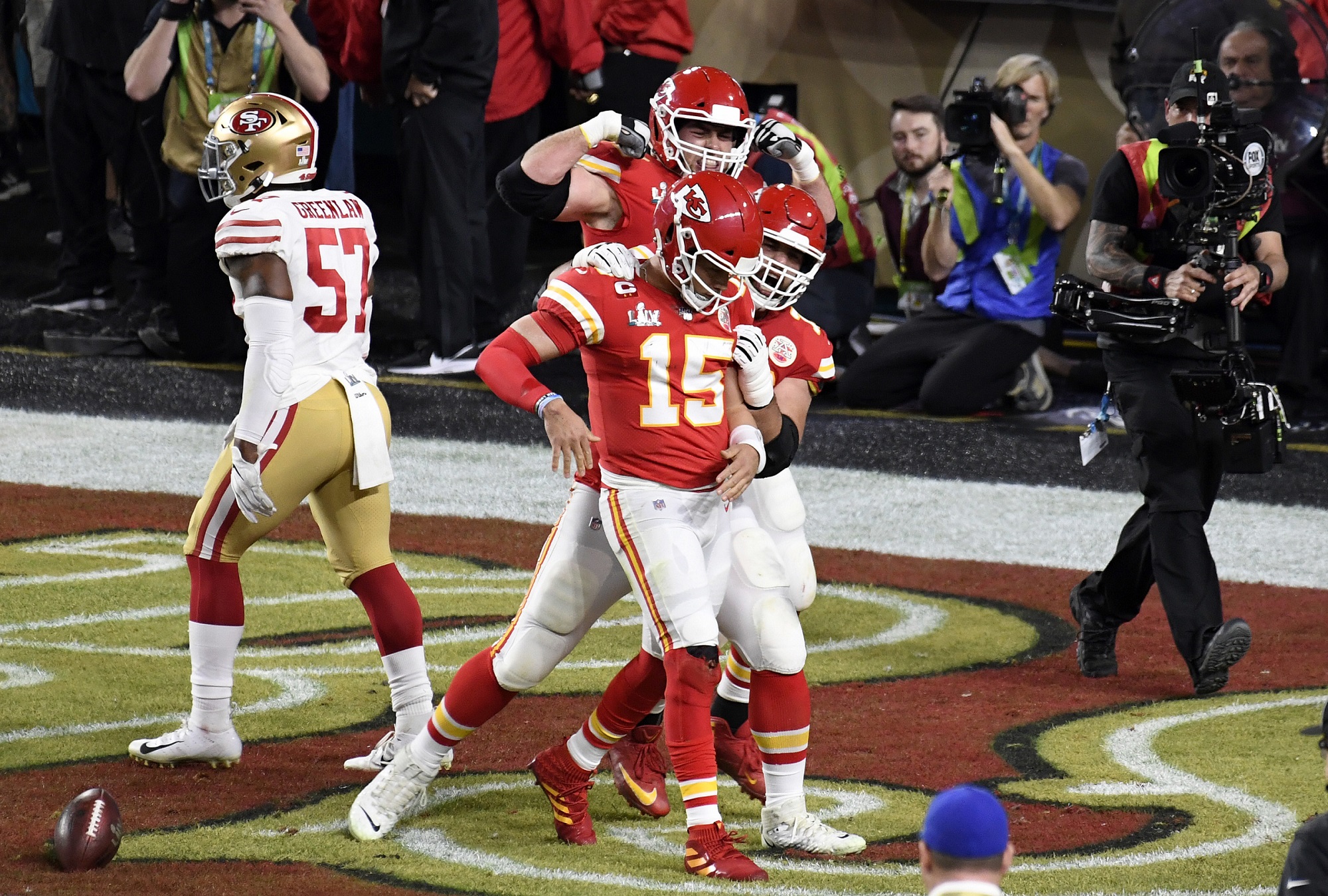 Our 2020 NFL division previews continue today as we take a look at the AFC West division! The winners of last year’s AFC West, the Kansas City Chiefs, went on to win the Super Bowl last season and are strong favourites to go back to back in 2020.

Can the Chargers, Broncos or the recently relocated Las Vegas Raiders cause an upset in the AFC West?

The Chiefs have now won four AFC West divisions in a row and the latest resulted in their first Super Bowl since 1969. The division itself has expericed different runs over the past 20 years, with San Diego (now Los Angeles) having won four in a row from 2006-2009 before the Denver Broncos took out five straight AFC West titles from 2011-2015 with Peyton Manning at the helm.

Since then, however, it’s been all Chiefs and they’ll be extremely tough to topple again in 2016. They enter the season as almost un-backable -400 favourites to win the division. 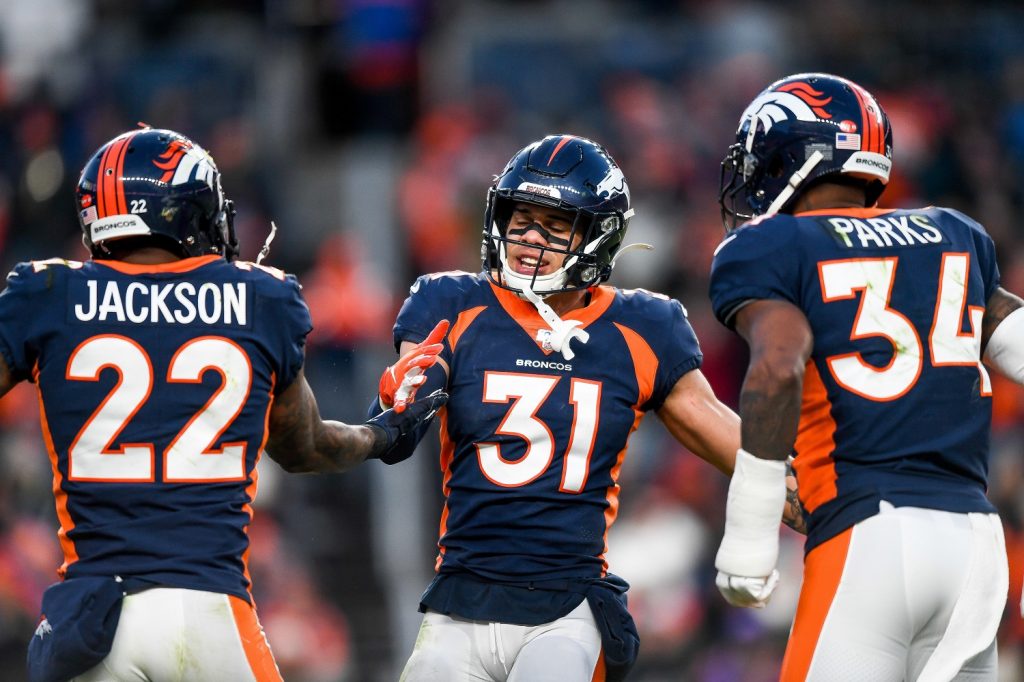 The Denver Broncos finished the 2019 season in a flurry, winning four of their last five games under rookie QB Drew Lock. Lock will get the start to begin the 2020 season and has a pretty solid core of skill position players to call upon.

The defence and home field advantage is still key for Denver’s success. They were 5-3 at home last season and held their opponents to 19.8 points per game, one of just 10 teams to average under 20 points against for the season.

Broncos General Manager John Elway was busy in the off-season, picking up Jurrell Casey and A.J. Bouye via trade, both of whom should bolster what is an already strong defence. Running back Melvin Gordon also joins from Los Angeles Chargers and should form a dynamic 1-2 punch with Phillip Lindsay in the backfield.

The Broncos inter-conference games come against the NFC South division this year. Luckily for them, the two harder games in that division in the Saints and Buccaneers, both come at home while they’ll travel to Atlanta and Carolina for the easier games.They should go at least 2-2 across those four games, and the rest of their schedule is relatively easy with games against the Jets, Dolphins, and Raiders x2.

We actually really like the look of the Denver Broncos this season. They seem to have bought into the run game and defensive model that has made them successful in the past and that should really take some pressure off the young QB Lock. Home field advantage in the Mile High City is always massive, you can expect at least five wins at home, and we like them to go at least .500 in their away games. 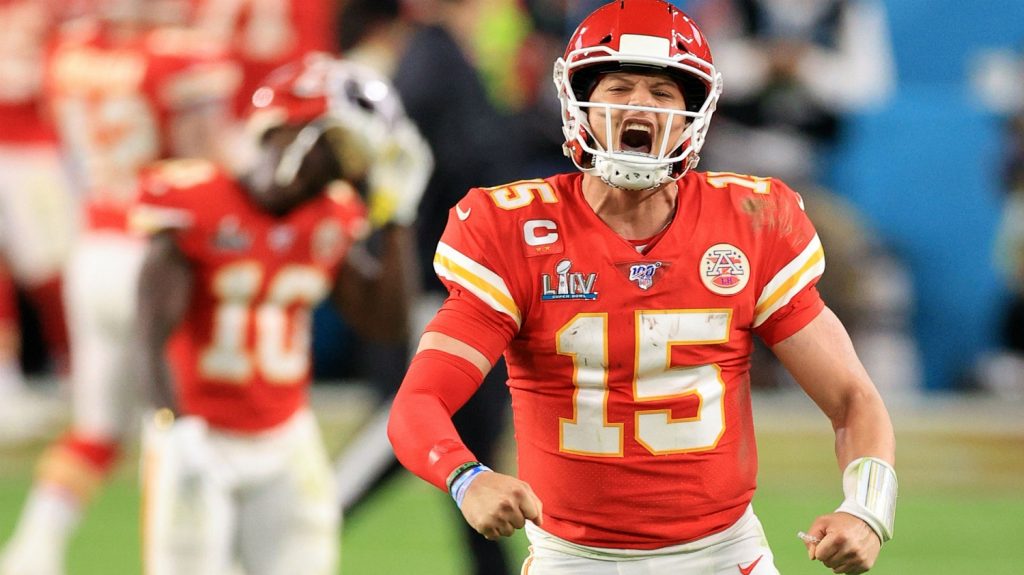 The Chiefs are fresh off their first Super Bowl victory since 1969 and will be looking to become the first team o win back to back titles since the Patriots 16 years ago. Patrick Mahomes missed some of last year through injury but finished the regular season in dominant fashion, carrying that form into the playoffs where he helped the Chiefs put up 39 points per game.

Offence is the name of the game for the Chiefs, and at Mahomes side is a myriad of dominant skill position players in Travis Kelce, Tyreke Hill, Sammy Watkins and Damien Williams.

Not much to note on the Chiefs in the off-season and you can’t really blame them. After winning a Super Bowl, they will look to run the same team back again, which is an achievement in itself given that an inevitable pay-day is coming for Patrick Mahomes at the end of the season.

Lock in an afternoon on the couch on the 20th of December as the Chiefs travel to New Orleans to take on the Saints in what could be a Super Bowl preview. This game could total 80+ points and is one of the regular seasons matchups we are really looking forward to this year.

Baltimore, New Orleans, Buffalo and Tampa Bay are the danger games on this schedule. There is no way the Chiefs will lose all four, but there will likely be a surprosing loss along the way, potentially to a vengeful Texans in Week 1. 12-4 for the Chiefs is somehow conservative yet ambitious at the same.

We think the Chiefs win 11 games with their eyes closed this season, so a bet on the over is basically a free-roll. 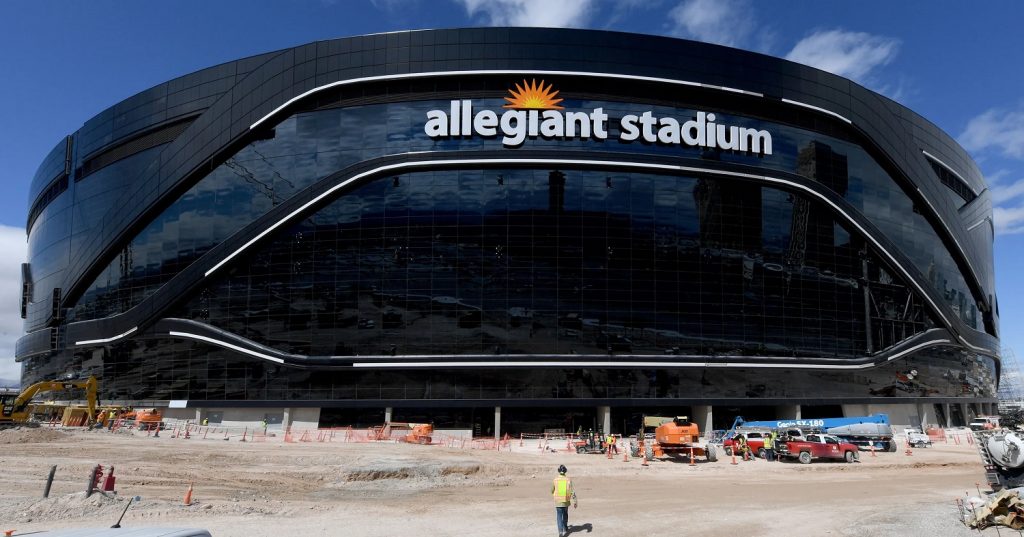 There will be keen interest surround the Las Vegas Raiders season this year, not because anyone thinks they will be particularly good, but because they will be hoping to capture the hearts of a Las Vegas fan base that has thirsted for NFL for decades.

The first year in the new city is always a super important one, and while anyone jumping on the Vegas bandwagon would be silly to think they can make any impact in the playoffs, they HAVE to show something to get some fan engagement.

The defense got a much needed boost in the off-season, adding six players at various positions, most of whom should start straight away. The big get for the Raiders, however, was the signing of Marcus Mariota to a largely incentive based contract. At the minimum, Mariota should challenge Carr for the starting job.

Regardless of the strength of schedule, it’s all about eyes on product for the Raiders this season. They boast four night games including big games against the Saints, Bucs and Chiefs.

We aren’t expecting much from the Raiders on the field this season, especially with what is a pretty tough schedule. Their bye week comes in Week 6 and they could easily be 1-4 heading into that bye with games against the Saints, Pats, Bills and Chiefs in the first five weeks.

Week 1 at Carolina is massive, if they lose that, it’s going to be a long season for the Raiders in their first year in Las Vegas. 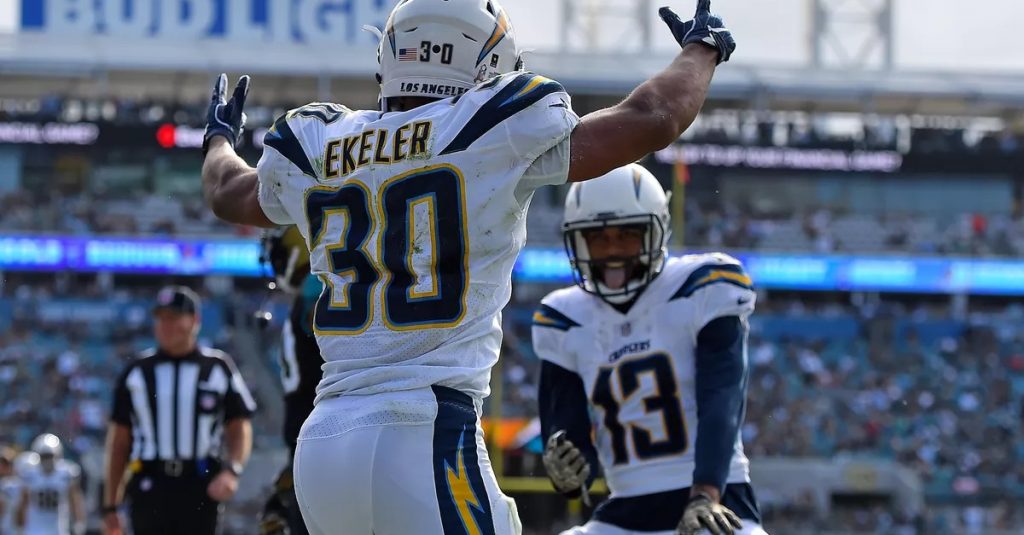 LA parted ways with stalwart quarterback Philip Rivers will result in a new starting quarterback in Chargers colors to open the season for the first time since the 2004 season.

Former Browns QB Tyrod Taylor earns the starting position for the Chargers and while there is some unknown surrounding him, the rest of the skill position places are pretty stacked.

The offensive line needed help for the Charger and general manager Tom Telesco took care of that, signing Bryan Bulaga and Trai Turner to provide more protection for Taylor.

The Chargers have a tough start to the season with games against the Chiefs, Bucs and Saints in the first five weeks. They will play just two prime-time games this season, neither of which will be at the SoFi Stadium, their new home building.

Tough one to call here but we have the Chargers going just under this season. With a new quarterback at the helm there is just too many unknowns at this stage. Their skill position players have also proven to be pretty injury prone and that offensive line is still a big issue.

Seven wins seems about right for the Bolts, so back a very tentative under here.

Not a very hard one to predict here. Like our AFC North preview, the only thing stopping the Chiefs from winning another division title is a Patrick Mahomes injury. If you want to bet on that, then Denver might be some value at +800, but we certainly won’t be betting against the MVP favorite.