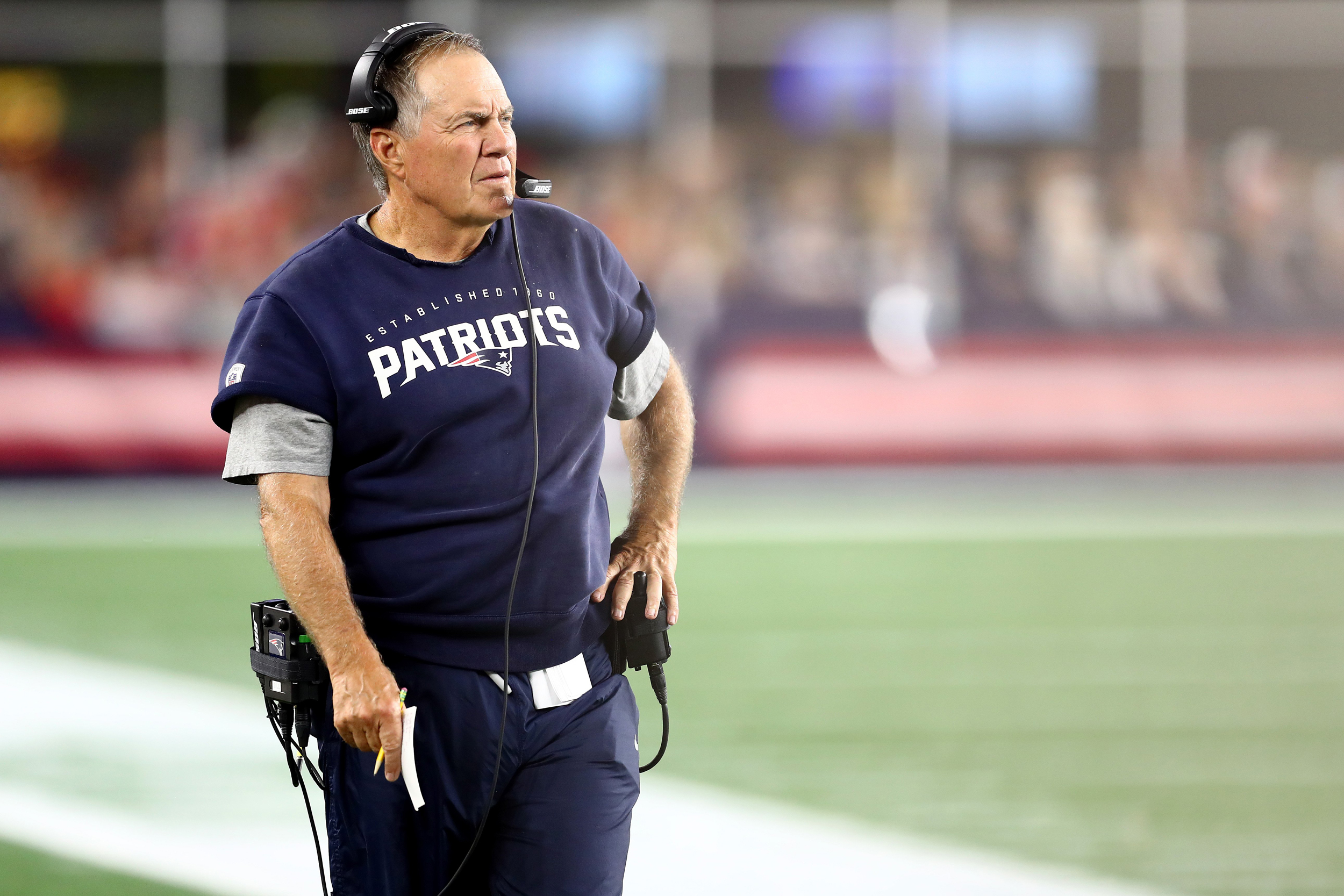 There is not a lot to get excited about in the sporting world at the moment, however, with the recent release of the 2020 NFL schedule and the conclusion of the draft, excitement for the upcoming football season is at fever pitch.

We have already released our outright betting picks for the 2020 NFL season including Conference winners and Super Bowl Winner! You can check out the full article HERE.

To keep you occupied until sports resume, we will be releasing our full NFL season previews over the next few weeks, including our division previews and player awards and props! We kick it off today by taking a look at the AFC East.

For the first time in almost two decades, the AFC East division is up for grabs heading into the NFL season. Tom Brady, Bill Belichick and the New England Patriots have had a strangle-hold on the division, winning 17 of the last 19 titles in their dominant run.

With the departure of Brady to Tampa Bay, however, experts are predicting the Patriots to take a downturn this season, leaving the door ajar for the three other teams in the division. Can Bill Belichick prove his greatness one more time and take a depleted Patriots team to a 20th AFC East title?

We will break down all four teams in the division below before giving our pick for the division winner at the end of the article. 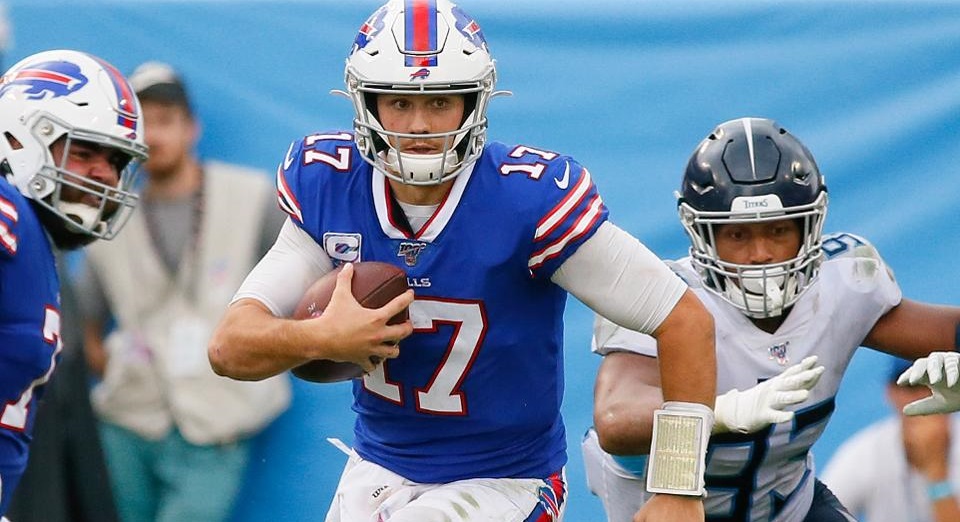 The Bills were impressive in the 2019 NFL season and look like the obvious candidate to take the AFC East mantle if the Patriots do indeed drop away. They finished the 2019 season with a 10-6 record before being bounced from the playoffs in the first round by the Houston Texans.

The Bills improved in a key area where they really needed to in the off-season, at wide receiver. It cost them a first round pick, however, they were able to acquire the services of Stefon Diggs, who should form a dynamic 1-2 punch with up and coming quarterback Josh Allen.

The addition of corner-back Josh Norman is also an underrated one, and his time in Carolina with Sean McDermott should allow for an easy transition in the Buffalo defense.

The AFC East has an absolutel horror run when it comes to scheduling this season. The games they play against each-other will likely be their only ‘easy’ games for the season. The Bills 2020 opponents had a 134-121-1 record last season, giving them the fifth hardest strength of schedule in the league heading into this season. Along with the standard six games against AFC East opponents, the Bills inter-conference matchups will come against the NFC West this season, which houses three strong teams in the Rams, 49ers and Seahawks.

The good thing for the Buffalo Bills is they have the potential to get off to a strong start before they have to face some of the stronger teams in their schedule. Their first four games of the season come against 2019 non-playoff teams, three of them being the Jets, Dolphins and Raiders, which should all be wins.

Going 5-1 in the division is a must if they want to cover the total wins here, but we think that is likely. After that, they’ll need to find five wins from games against the Rams, Raiders, Titans, Chiefs, Seahawks, Cardinals, Chargers, 49ers, Steelers and Broncos (six potential wins are in bold). 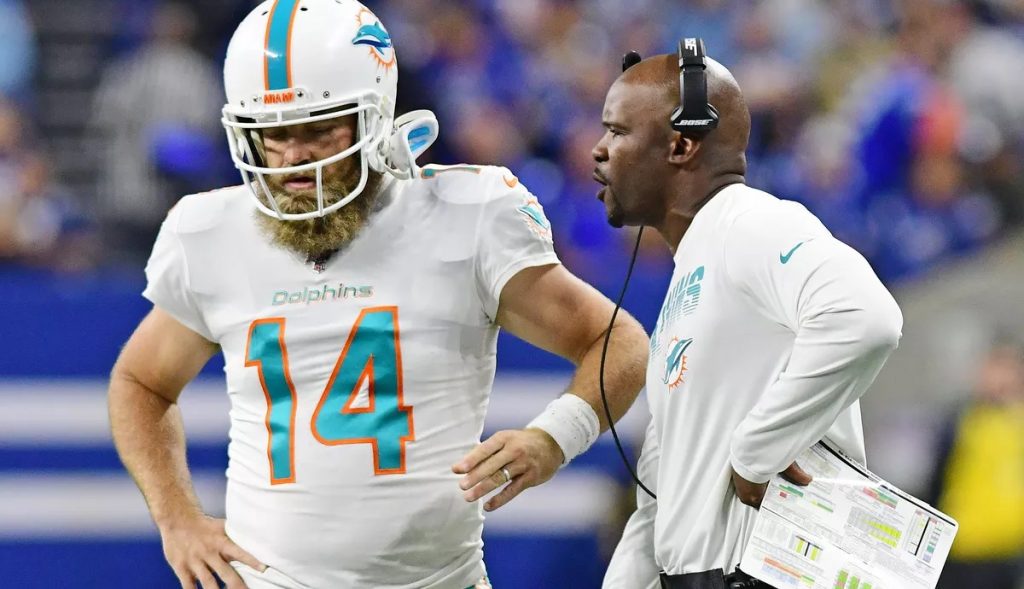 The Miami Dolphins looked to be in the midst of one of the all-time tank seasons when 2019 got underway, however, they bounced back later in the season and ended up winning five games much to their fans disappointment.

They missed out on the coveted No.1 pick in the draft but still took a quarterback with the fifth pick in Alabama star Tua Tagovailoa. It’s uknown who will start at QB on opening day, but there should at least be some healthy competition at the posittion.

It was a solid off-season for the Dolphins and judging by the moves they made, there is no way they will be even thinking about tanking this season. Out of the 10 players they signed, there could be upwards of seven starters and the moves they made will make their defence in-particular, much stronger.

Their defence was their Achilles heel last season, allowing more points per game than any other team at 30.9. That should come down a bit this year and if it wasn’t for their tough schedule, we could easily see them covering the six win total.

Intra-conference games against the NFC West is really going to hurt the Dolphins chances of covering this season. The bookmakers have set their total at six wins, which we think is bang on the money.

We are going to hold off on this one and see if the sportsbooks decide to move the total win line by 0.5 in either direction. If they don’t by opening day, we are happy to leave this one alone.

If you like the six win total at DraftKings, click the link below to bet on the over or under! 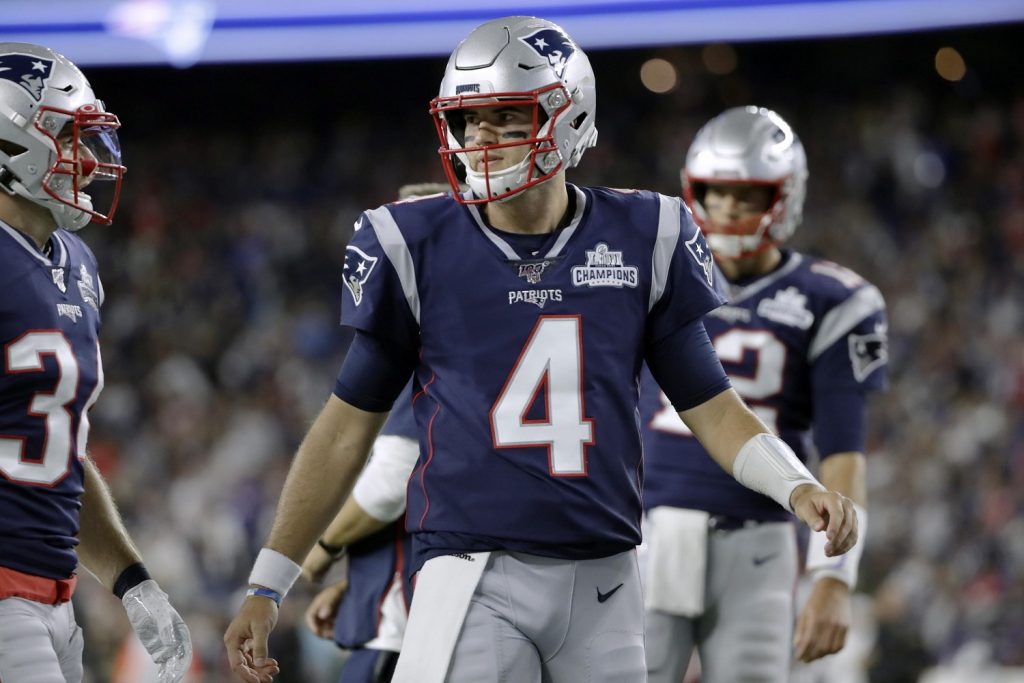 The New England Patriots begin life without Tom Brady in 2020 after the star quarterback spanned almost 20 seasons as the starter. He lead the team to six Super Bowl victories and a ridiculous 17 AFC East titles but will be playing for the Tampa Bay Buccaneers in the 2020 season.

Bill Belilchick will no doubt have a massive chip on his shoulder against the pundits that have written him off and will definitely be keen to prove he is the best coach in the league by recording a successful season sans Brady.

Many thought the Patriots would opt to take a quarterback with one of their first few picks in the draft, however, they abstained from doing so, which will likely result in Jarrett Stidham getting the job on opening day.

Stidham was the 133rd overall pick in last year’s draft out of Auburn and has had a full season learning the ins and outs of the Patriots offence. The Pats bolstered up their defence in the draft, taking safety Kyle Dugger and linebacker Josh Uche in the second round.

The Pats defence was the best in the league last season, allowing just 14.1 points per game, expect that side of the ball to be super strong again. However, it’s the offensive side of the ball that we are worried about, combined with a tough schedule.

Patriots 2020 opponents went 137-118-1 last season, combining for a .537 winning percentage, which makes their schedule the toughest in the league this year. They come up against some really dynamic offences and while we think Gillette Stadium will still be somewhat of a fortress, we think they could struggle on the road against the likes of the Philadelphia, Seattle, Kansas City, Los Angeles and Houston. 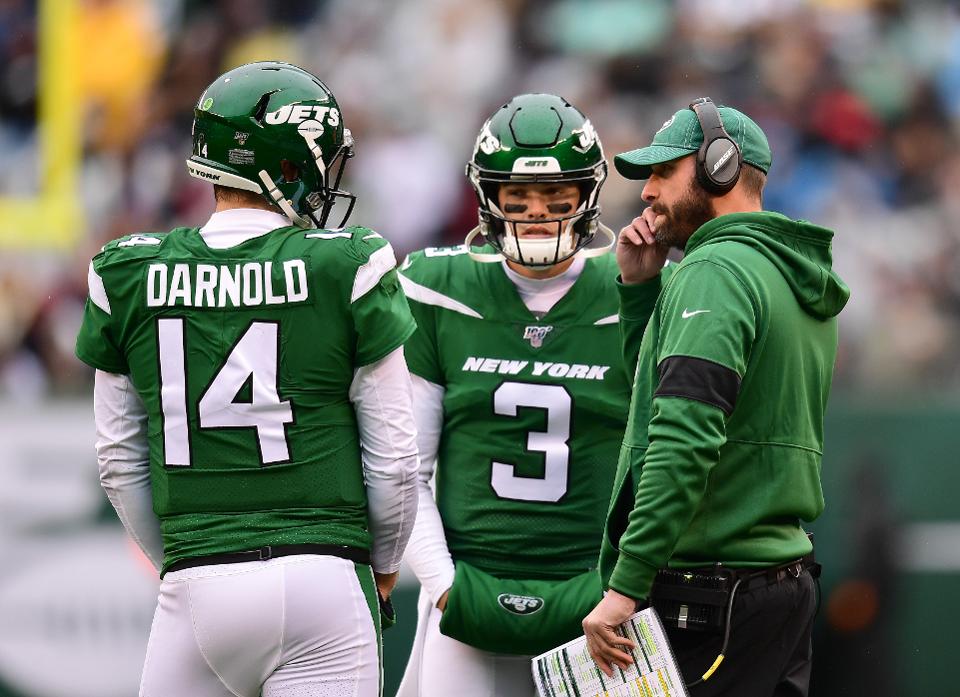 After starting the season with 1-7 record, the Jets bounced back in the latter half of the year, winning six of their last eight games to round out the season. there was definitely some promising signs for the Jets, particularly when quarterback Sam Darnold came back into the fold after injury hindered the early part of his season.

In games where Darnold made a start, the Jets were 7-6 last season, and natural progression should see the QB take another step in the right direction this year.

The Jets weren’t extremely active during the off-season in terms of acquisitions. The George Fant signing was particularly strange. They gave the former Seahawk a three year deal worth over $27 million despite the offensive tackle struggling to be a permanent starter throughout his career in Seattle.

It highlights a real weakness that they thought they needed to address in the offensive line, one that allowed the fourth most sacks per game last season at 3.2.

For us, the Jets are the hardest team in the AFC East to place. It honestly wouldn’t surprise us if Darnold took a big step this year and lead the Jets to a 9-7 record. However, the glaring weaknesses in both their offensive line and their skill position players are a little too much for us to look past.

The division got significantly worse, which should allow for a one or two more wins, however, the Jets schedule, like the other AFC East teams, is a tough one. We have them going just under here.

The Patriots start as slight favorites for the division and for the first time in nearly 15 years, you can get better than even odds for New England to win if you are so inclined.

However, we are leaning towards the Bills to win the division at good odds. Josh Allen looks ready to take the next step and Buffalo have made some moves in both free agency and the draft to ensure that they improve this year.

They had one of the best defences in the league this year and the addition of Stefon Diggs plus some natural progression from Allen should make their offense more potent.