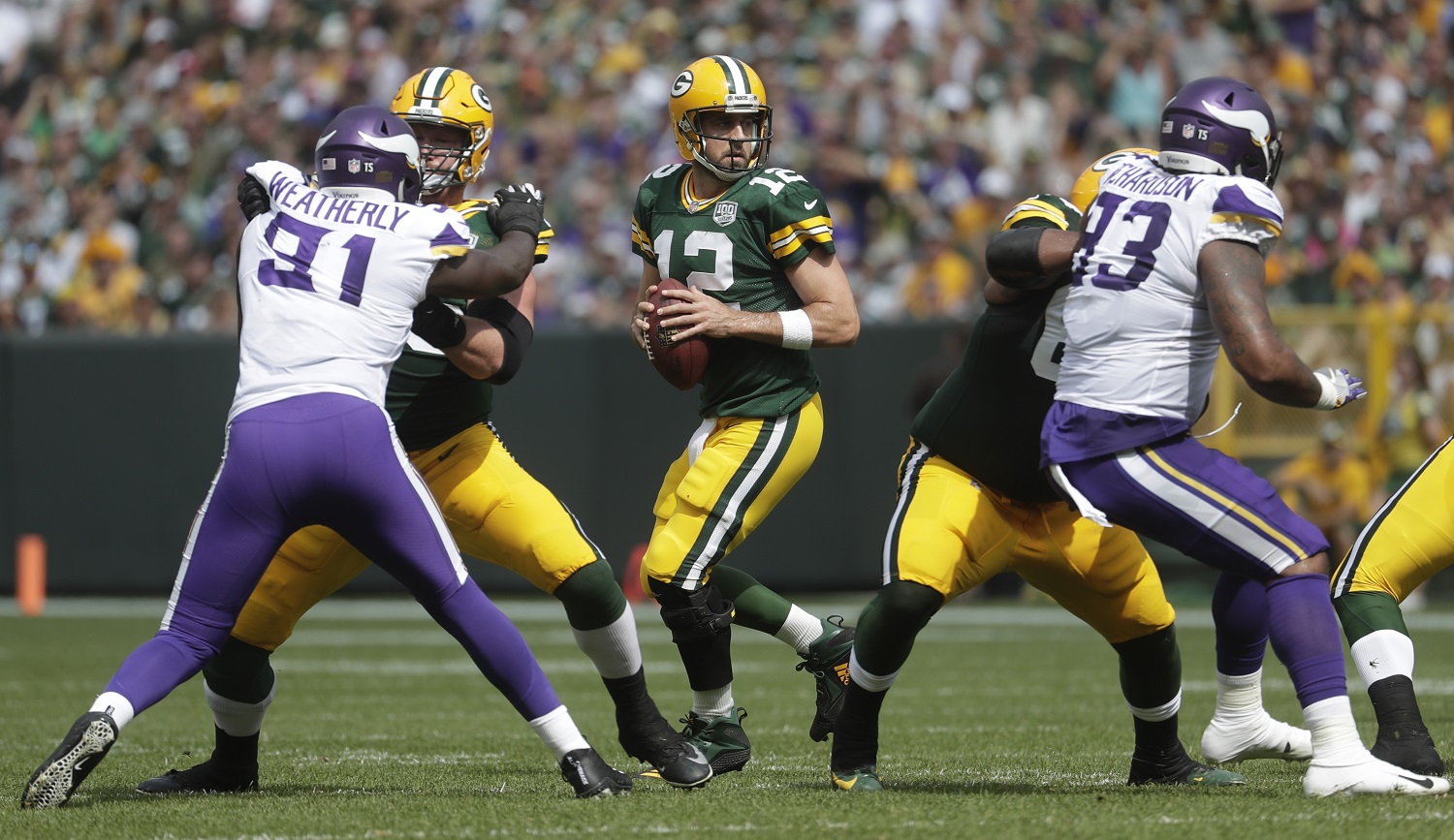 The NFC North is shaping up to be an interesting division this season, with the Vikings and Packers set to be the main contenders once again. it was the Packers who took the division comfortably last season with a 13-3 record, but the race for the NFC North was much closer throughout the season.

The Vikings will enter the new year as favourites for the NFC North but there is plenty of value if you’re hunting a division winner. 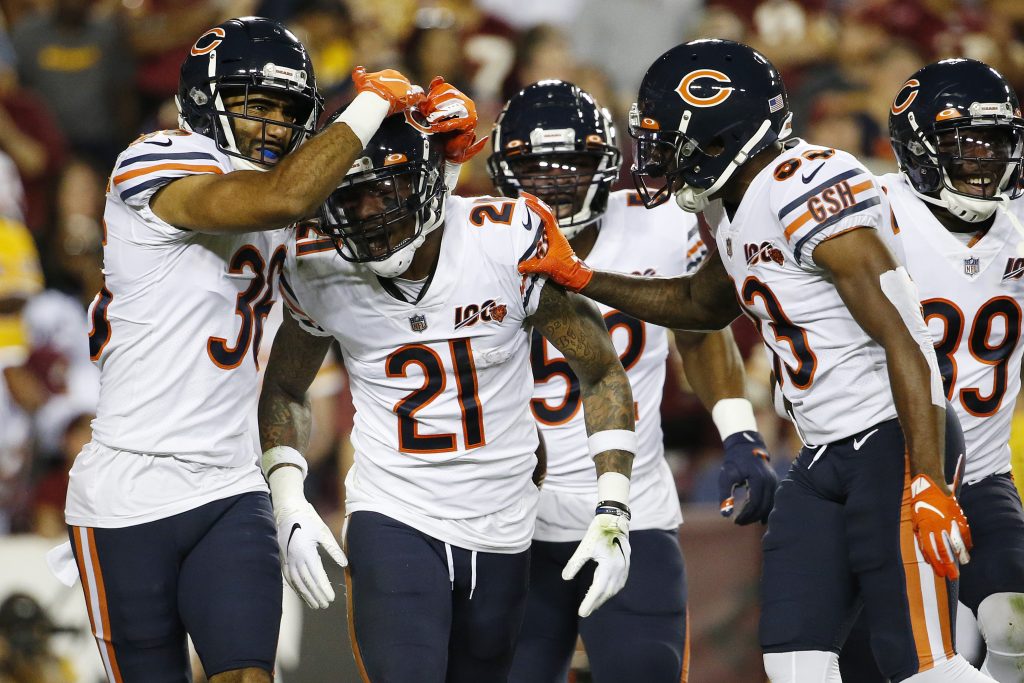 The Bears won eight games last season but look to be on the decline after a pretty slow off-season. They were challenging for the division a few years ago, however, they will go into the 2020 season as a +425 underdog to win the NFC North.

Mitch Trubisky will start as quarterback this season but will no doubt have some competition as Nick Foles makes the transition across from Jacksonville. There are a lot of question marks heading into this year for the Bears, which is a worrying sign.

Paying 33-year-old Jimmy Graham $8 million this year was an interesting move and one that we just can’t see paying dividends, however, the pickup of Robert Quinn was certainly a good one and should improve an already strong defense.

We find it hard to believe that the Bears win line sits all the way up at 7.5 this season. We think they will have to have an absolutely transcendent season on the defensive end to come anywhere close to that. While their hopes certainly rely on their defense, we think that the schedule is just too tough and they don’t have an offense capable of keeping them in enough games.

The under here is one of the easier picks for the 2020 season in our opinion. 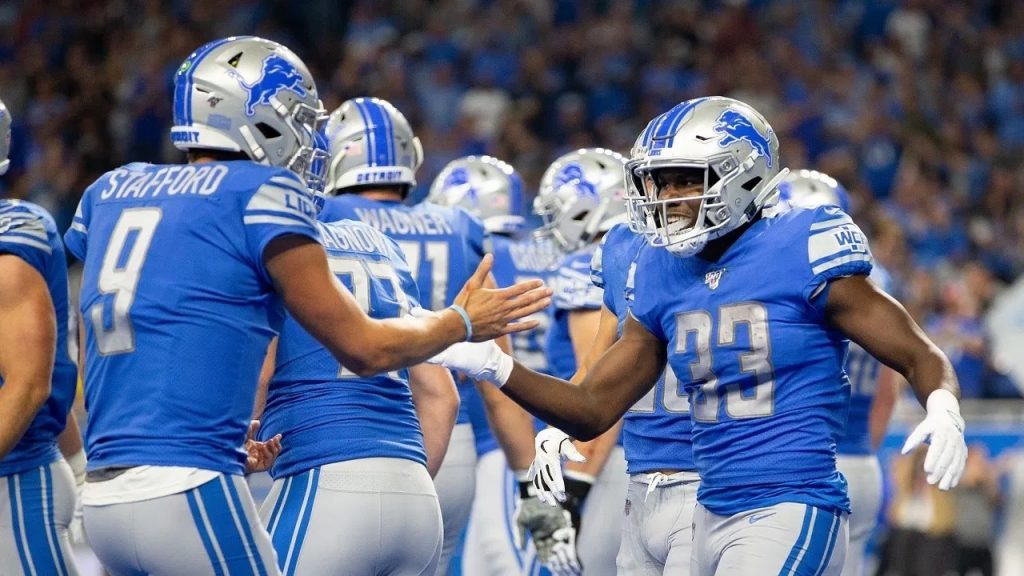 The Lions finished at the bottom of the NFC North last season but will look to bounce back this year as they enter their 12th season with quarterback Matt Stafford at the helm.

They were competitive last season before a back injury ended the year for Stafford, and will look to recapture some of that form in 2020. Some key additions through the draft should give them a boost.

The defense gets a little worse after trading away Darius Slay and losing Damon Harrison to retirement.  However, additions in Jamie Collins and Desmons Trufant should suffice as cover.

Going to be a tough start for the Lions, who have just two of their first six games at home, however, the schedule gets a little easier after that with games against the Redskins, Panthers and Bears all in the back half of the season. Overall it’s a pretty tough schedule though.

Barring any more injuries to Stafford, the Lions should be better this season than their 3-12-1 record last year, however, we don’t expect them to challenge for the division with tough schedule and a defense that should allow too many points. Back them to jump off the bottom of the division table but go just under their 6.5 win total. 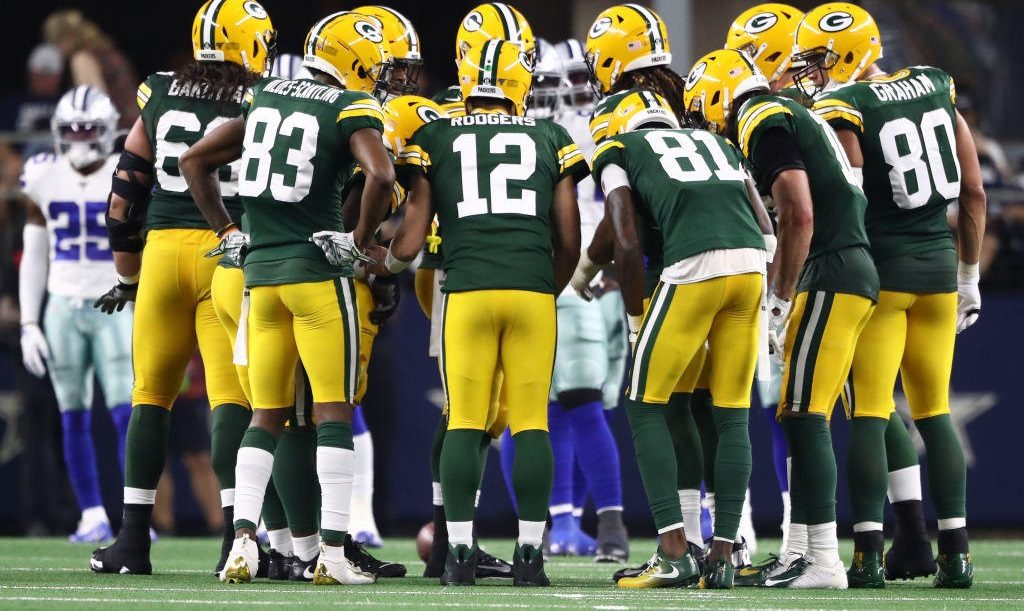 The Packers fell just one game short of a Super Bowl after an impressive 13-3 regular season last year and somehow their total win line has dropped all the way to 8.5 for the 2020 season at DraftKings. Aaron Rodgers will be back and will have a chip on his shoulder after the Packers selected QB Jordan Love with their first round pick in the 2020 draft.

While they might not finish with a 13-3 record again, we think any team with Aaron Rodgers as their starting quarterback deserves a little more respect, and we envision a pretty competitive season within the NFC North for the Pack again this year.

It wasn’t an extremely active off-season for the Packers, however, the addition of Funchess will give Rodgers another weapon in the passing game, something he has been desperate for over the last few seasons.

Games at Minnesota and New Orleans in the first three weeks are a tough start to the year, if they can win one of them it should set them up for another strong regular season. They get a massive respite in the back half of the season with games against the Jags, Colts, Bears, Eagles, Lions, Panthers and the Bears again in the last eight weeks. Could easily go 7-1 in the run home.

Hard to see the Packers going under 8.5 wins this season barring an injury to Aaron Rodgers, especially with that easy run home. They could conceivably be 4-4 or even 3-5 at the half-way point of the season and still easily cover their win line. Should finish with 9 or 10 wins this year and cover comfortably. 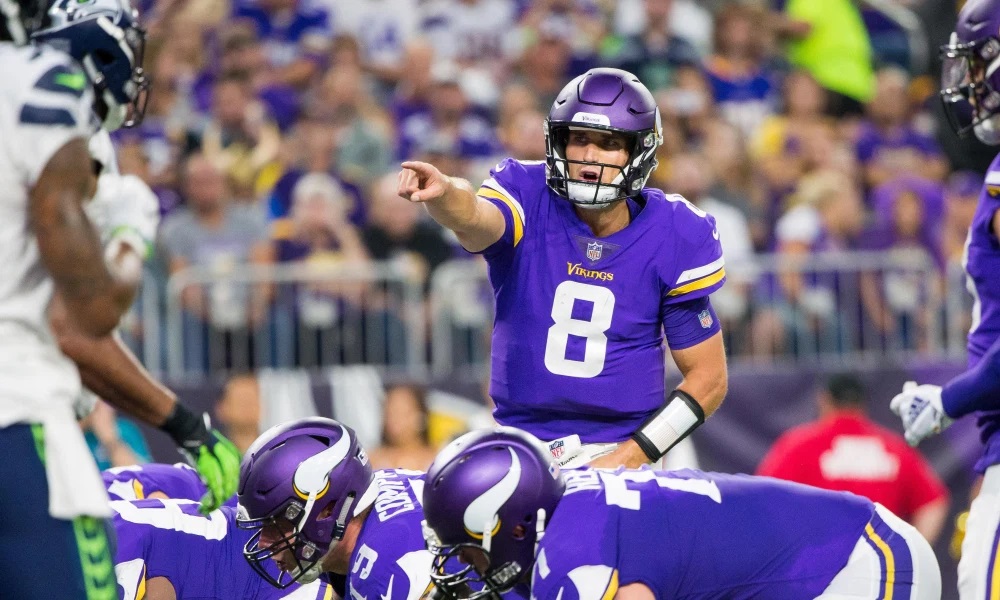 The final team in the division is the Minnesota Vikings, who were looking like taking the division title last season before losses in three of their last five games squandered their chances. They’ll start the season as the favourites in the division but will be up against it after an off-season where they lost a lot more than they gained.

The Vikings have had one of the strongest defences in the league for the last few seasons but they’ll likely need to lean more on their offense and dynamic running game to remain a top flight team after losing the bulk of their starting secondary in the off-season.

Their secondary lost their three best cornerbacks in Rhodes, Waynes and Mackensie Alexander. their defensive line also took a hit with the losses of Griffin and Joseph.

The Vikings have a much tougher schedule than some of their divisional counterparts, with conference matchups against the Seahawks, Falcons, Cowboys, Buccaneers and Saints. While they will no doubt win some of those games, there are fewer guaranteed wins on their schedule than that of the Packers.

We have the Vikings as a slight over this season, by the barest of margins. We think they should decline in the defense but should get a little more dynamic on offense with some natural progression of star running back Dalvin Cook. Can see the Vikings finishing the year with 9 or 10 wins and competing with the Packers until the final game of the year. Stay away from the 9.0 line. Bet the over on the 8.5 if you can find it.

Love the value of the Packers to win the division this season. At best they should be even odds with the Vikings, but getting a hefty +170 is great value. As long as Aaron Roders avoids injury, the Packers will at least be in contention for the division in the last few weeks of the regular season, and their schedule is much easier than that of the Vikings.