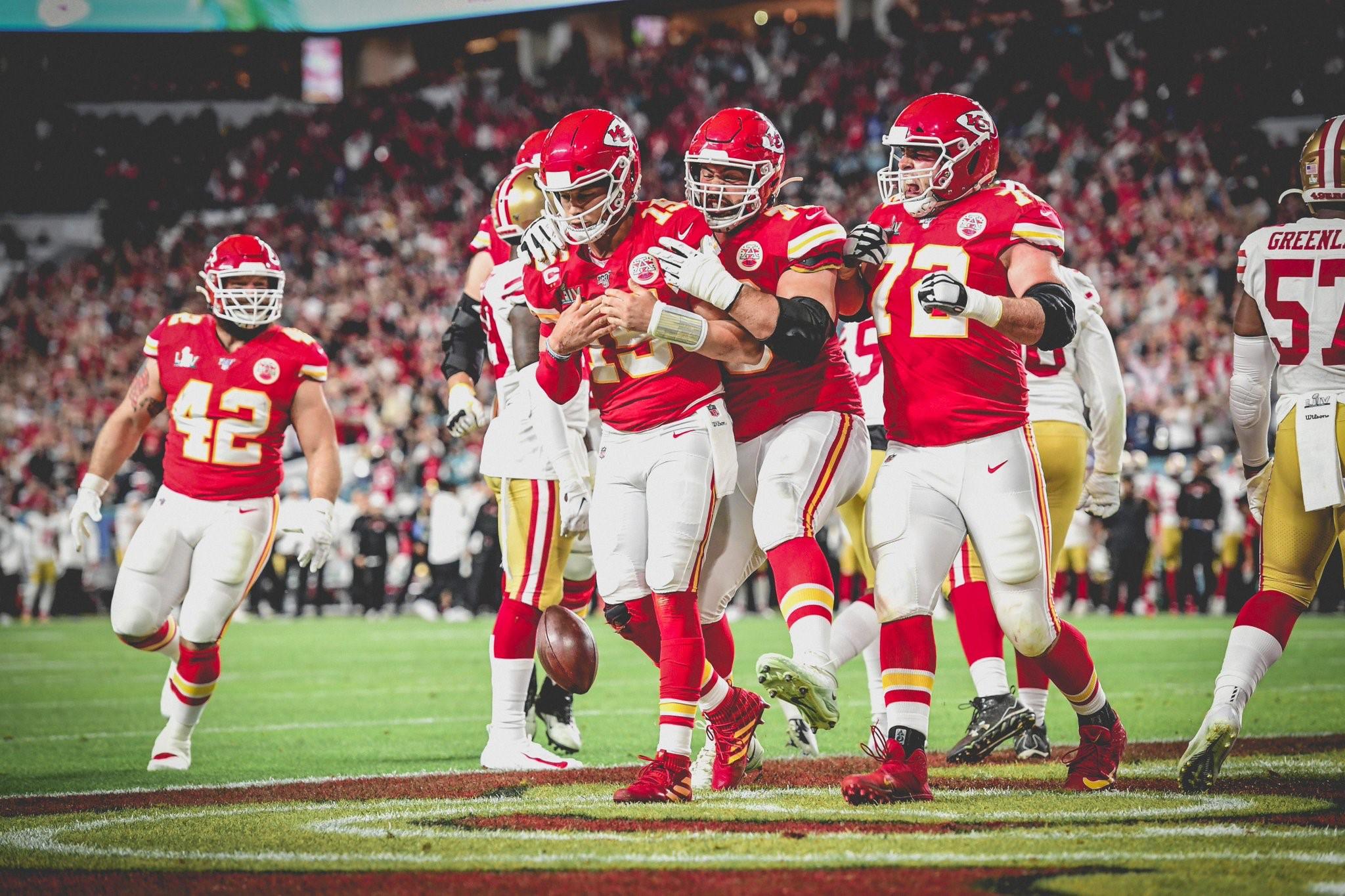 While the NFL season remains in some doubt due to the global COVID-19 pandemic, the league has went ahead and released the 16-game regular season schedule regardless. The announcement has stirred football fans into a frenzy for what will certainly be one of the most anticipated seasons in NFL history!

With the full schedule now released, there are now season betting prop markets available at most major online sportsbooks and over the next few weeks, we will be outlining our favorites.

Today we take a look at some of the major league wide season props, before we start delving into some of the specific division and player markets in the coming weeks.

Make sure to check out the full 2020 NFL Season Schedule here!

It might be the boring pick at the moment but it’s incredibly hard to look past the Kansas City Chiefs to go back to back and win it all after finally breaking through for their first Super Bowl victory since 1969.

The Chiefs will have a much easier road to the Super Bowl this year with the likely drop off of AFC juggernaughts in the New England Patriots. The Baltimore Ravens season last year had the feeling of a flash in the pan while the Chiefs have shown they can maintain success over the last few years.

The Chiefs made a concerted effort to resign all of their pending free agents moving into the new season, which could only be expected after winning the Super Bowl and with Patrick Mahomes still on a relatively cheap contract until the end of next season, the Chiefs have real dynasty potential.

We think +600 is great value for the Chiefs to become the first team since the Patriots in 04-05 to go back to back.

Not hard to guess who we think will take out the AFC this season. Even if the Chiefs don’t win the Super Bowl, we think there is a great chance they will be there in February. They have a pretty breezy schedule this season, with their opponents combining for a 128-128 record last year and they won’t have to travel to Gillette Stadium in the AFC Championship game.

In the NFC, we love the value of the New Orleans Saints. They have won what has been a tough NFC South division the last three years in a row with a combined 37-11 record and although the Buccaneers are shaping up to make the conference even harder, a fall from the Falcons and Panthers should even that out. The Saints resigned some key members of the offensive line and gave Drew Brees another weapon by signing Emmanuel Sanders. Should be strong once again and represent good value.

Coach of the Year

This award is Mike McCarthy’s to win this season. The Cowboys sacking of Jason Garrett was long overdue in the eyes of their fans and if America’s team gets any sort of momentum under their new coach, he will no doubt recieve all of the praise.

He has some of the most talented offensive players in the league to call upon and walks into a coaching job in arguably the weakest division in all of football. The Cowboys have one of the easiest schedules in the league this season, with their opponents combining for a 117-138-1 record last season.

We think the former Green Bay boss is great value in the coach of the year market.

BET NOW: Mike McCarthy Coach of the Year (+1400 at DraftKings)

Stay tuned in the coming weeks as we release more previews + picks for the 2020 NFL season including player awards, player props and division previews!