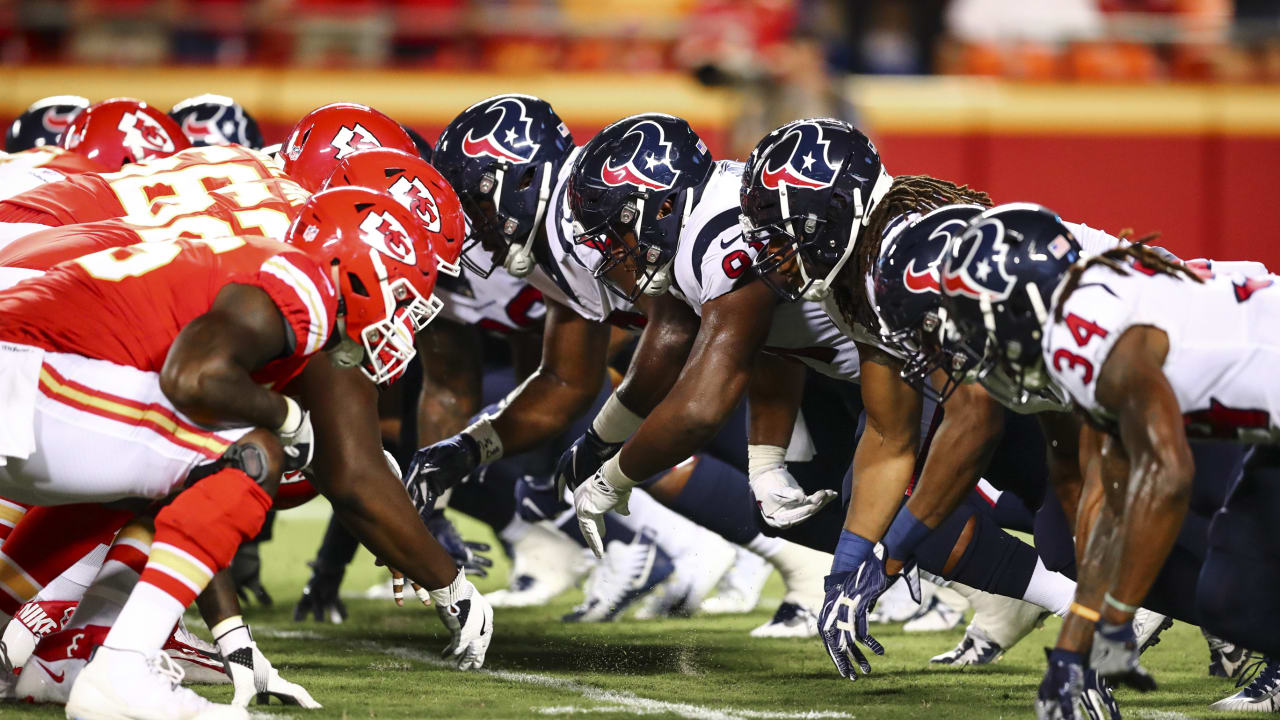 The 2020-21 NFL season is finally upon us! After plenty of speculation as to whether or not the season would indeed go ahead, the Kansas City Chiefs and Houston Texans are set to get the action underway on Thursday night!

As usual, we will be bringing you a full preview for the key matchups as well as betting picks for EVERY GAME this season. Remember to check out our NFL Betting Picks page for weekly articles!

Note: For the first time, we will be using the unit system for our NFL betting picks this season, which is a great way to gauge our confidence in each specific pick. Check out how a unit system works here.

As usual, the Super Bowl champions kick off the season at home on Thursday night and this year it’ll be the Chiefs with the honour. The game gets underway at 8.20pm (ET) from Arrowhead Stadium.

The Chiefs were relatively quiet during the off-season and for good reason. They had no reason to mess with a winning formula and will bring back the core that made them successful last season. That core is led by star quarterback Patrick Mahomes, who will enter his fourth season in the NFL, having already racked up a MVP, Super Bowl win and a Super Bowl MVP.

The Chiefs recently locked up Patrick Mahomes with a monster 10 year contract worth up to $503 million. The security of Mahomes will no doubt make the Chiefs a playoffs contender for the foreseeable future and give them good clarity on what they have to work with in terms of signing players to fit around him.

The last time these two teams met was in the playoffs last season and after a dominant first quarter by the Texans, the Chiefs went on a ridiculous 51-7 run throughout the rest of the game to win in a high scoring clash.

Contrary to their opponents, the Texans were busy during the off-season, completely revamping their offense and trading away arguably their best player in DeAndre Hopkins in the process. In return, the Texans received Arizona running back David Johnson, who should give QB DeShaun Watson a bit more variety in the offense.

The Texans also picked up receivers Randall Cobb and Brandin Cooks who will combine with Will Fuller V and Kenny Stills to make up what is a pretty solid receiving core. The Texans offensive line is also solid and healthy to start the season, so DeShaun Watson should have tools at his disposal in 2020-21.

The Texans have now made the playoffs in four of the last five seasons but are yet to advance past the second round. They will be desperate to go one better this season in an AFC Conference that has gotten significantly weaker with the presumed downturn of the Patriots.

Always tough to get a read on the first game of the season, even more so this year with the fact that there has been no public training camps or pre-season games. The no pre-season games might have a negative effect on the offenses in the early parts of the season, particulary that of the Texans, who have a bunch of new faces.

These two teams have regularly played off in high scoring games, but a 54.5 point in on night one of the season seems a little high. Thursday Night Football has traditionally thrown up low scoring games and while this game is billed up to be all about offense, we think that it could be a bit of a disappointment with the Chiefs winning with a scoreline resembling 24-14. Back the under in what is a massive opening night point line.