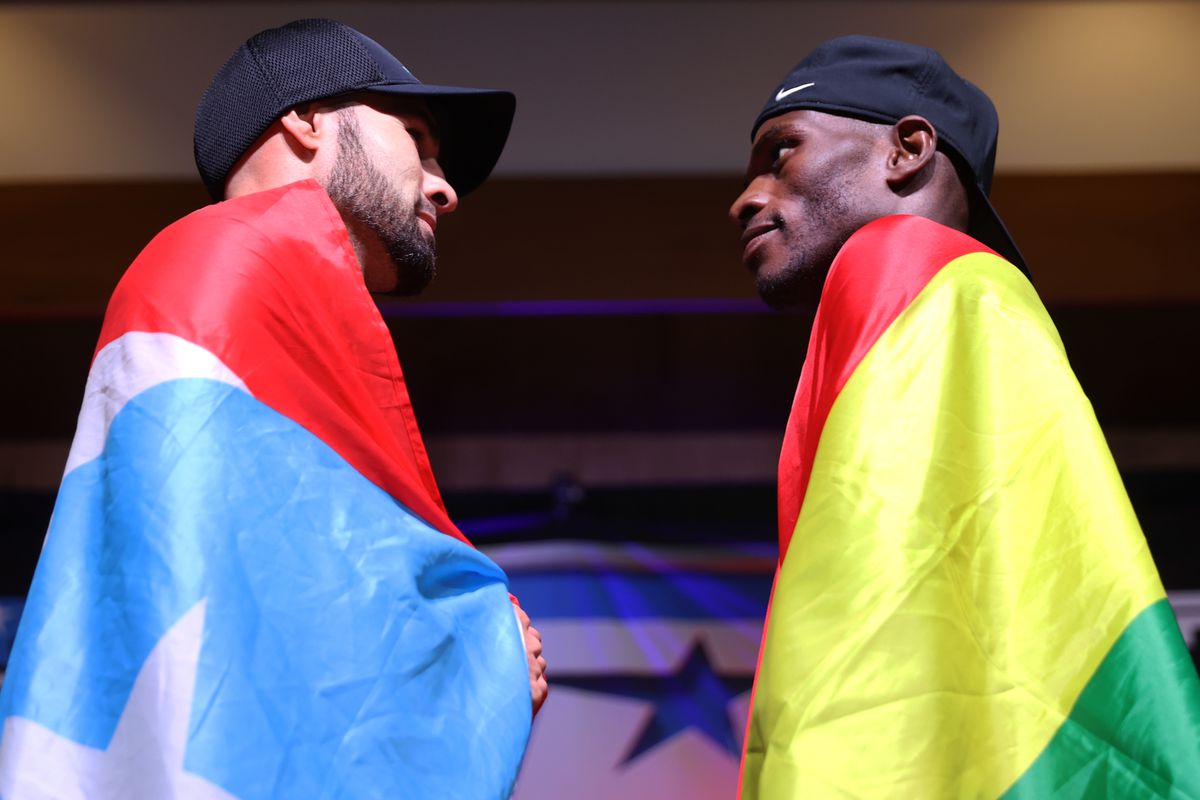 Summer has brought us some megafights, but this weekend there’s a different sort of marquee event on the docket. Jose Pedraza vs. Richard Commey on ESPN+ is simply a fight to watch between two guys who will give it their absolute all, as both need a win to continue to remain relevant.

The winner will get back on the periphery of the picture for title fights. The loser likely will be regarded for the rest of his career as a solid gatekeeper.

Pedraza is a former titleholder at the 130-lb. and 135-lb. weight classes. In the 140-lb division, he essentially is just a good, solid guy.

Commey is a former titleholder at 135-lb. and has had a successful career to date in his own right. But he’s now coming off two losses coming up in weight to try to make his mark in a new division.

It’s a fascinating matchup and should be a fun fight. Let’s break it down and see what betting value this bout has. Below are my Pedraza vs. Commey predictions and best bets.

Two former champions will main-event a crossroads fight for both when Jose Pedraza (29-4, 14 KOs) and Richard Commey (30-4, 27 KOs) will face off inside the Hard Rock Hotel & Casino in Tulsa, Oklahoma, on this Saturday, August 27.

Pedraza was a highly decorated amateur. He was a silver medalist in the 2009 World Championships before turning pro in 2011. He won the IBF super featherweight title in 2014 and then defended the belt twice before losing it to Gervonta Davis in 2017. Since then, Pedraza has won and lost the WBO lightweight title and gone 7-3 in his last 10 fights. The last time we saw Pedraza, he lost a unanimous decision to Jose Ramirez.

Commey first began fighting professionally in 2019. He was an African and Commonwealth lightweight champion before winning the IBF lightweight title in 2019. He lost his belt to Teofimo Lopez later that year. Commey’s last fight was a unanimous decision loss to Vasiliy Lomachenko last December.

In terms of matchup, technically the advantage belongs to Pedraza. He knows how to utilize his jab better, move around the ring, and use his quick hands and feet to win rounds. Pedraza also has the distinction of being a southpaw, which never is the easiest fighter to deal with.

The one advantage Commey clearly possesses, however, is power. This of course is the ultimate game-changer.

If we look at the bread-and-butter of both fighters, as well as how they’ve fared in past fights against the other’s best assets, then Pedraza seems to have the advantage. “Sniper” has faced guys with power like Edner Cherry, Jose Ramirez and Gervonta Davis. He has only been stopped by “Tank,” who of course has world-class power and stopped 25 of 27 opponents.

on the other hand, Commey has faced skilled boxers, but lost to a few of them. He has been defeated by Lomachenko, Robert Easter, and even Denis Shafikov in 2016.

I see Commey having moments in this fight, but I also see Pedraza’s beard holding up through these moments. I see Pedraza boxing well and making Commey miss a lot of the power shots he’ll be looking to land.

Commey does have a legitimate puncher’s chance, but I think Pedraza’s boxing pedigree takes over in the middle and late rounds. I like Pedraza to win this bout by decision, and maybe even a controversial split decision if he lets Commey dictate the pace of the fight along the way.

Pick: Pedraza to win by Decision (-180) at DraftKings

Pedraza by decision (-180) at DraftKings