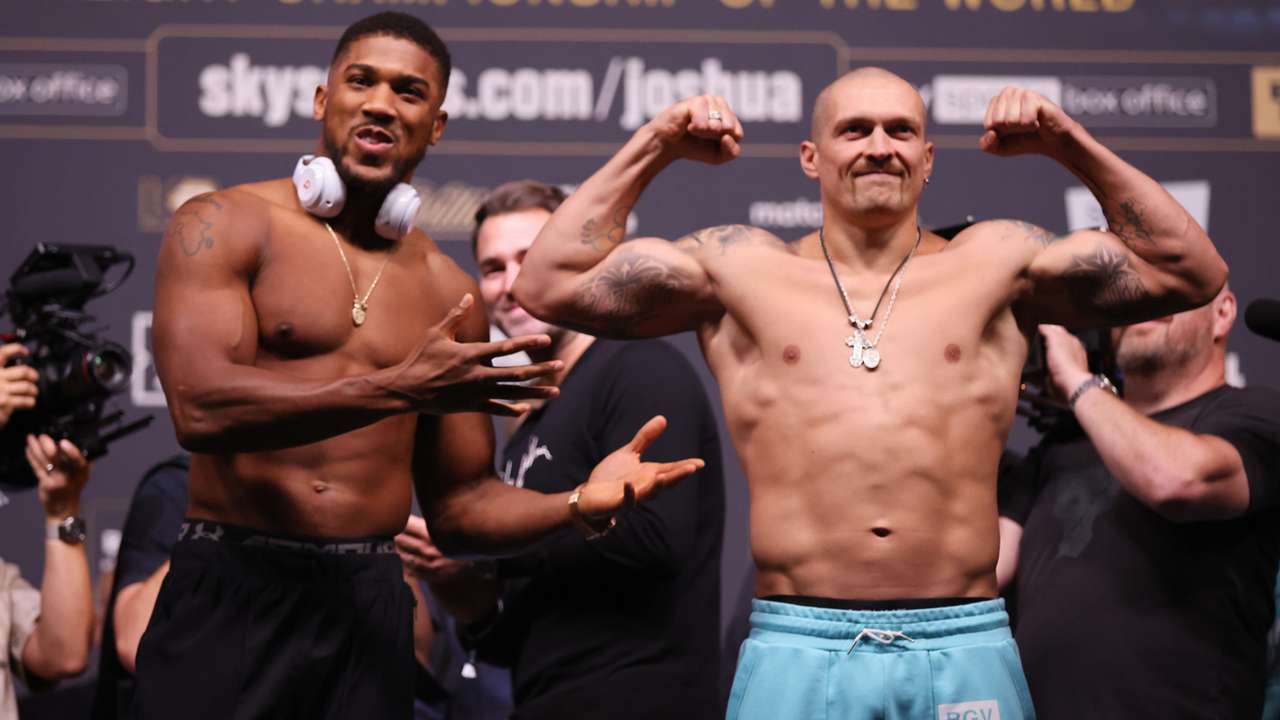 Anthony Joshua (24-2, 20 KOs) looks to get revenge on the man that beat him last year and took his three world heavyweight titles. Oleksandr Usyk (19-0, 13 KOs) is out to prove that he may just be the best heavyweight in the world and perhaps the best boxer pound for pound.

Let’s breakdown my Usyk vs. Joshua 2 prediction and see where we can find some betting value.

Can Anthony Joshua repeat what he did in his rematch with Andy Ruiz and exact revenge on Usyk? Will legendary trainer Robert Garcia’s adjustments in camp make a difference against a man who has a claim to be the best boxer pound-for-pound in the world? Or will this just be a repeat of the first fight, where Usyk reigned supreme?

Usyk was incredible in the first fight last September. He utilized his jab so efficiently that Joshua became gun-shy and did not get off any of his big right hands. The former undisputed cruiserweight champion won a convincing unanimous decision victory, claiming three of the four heavyweight world titles.

The eyes of the boxing world will be on the Jeddah SuperDome in Saudi Arabia for the rematch. By all accounts by pundits I follow on social media, Usyk has packed on a few more pounds than he did in the first fight. This may indicate that he feels like he can stop Joshua. But will the added muscle mass take away from his fast feet? That remains to be seen.

Knowing Robert Garcia, he will not have Joshua timid. He might not be bull-rushing Usyk, but he certainly won’t be trying to box going backwards. But will Joshua adhere to the gameplan, or will he get stuck in-between and become indecisive?

Since his back-and-forth 2017 fight with Wladimir Klitschko, Joshua has not looked to be as aggressive as he was in years prior. He has looked more like a fighter stuck in-between trying to be a boxer and boxer-puncher. In the heavyweight division, being indecisive like that comes to bite you quicker than in lower weight classes, because all it takes is one punch to end a fight.

I think we’ll have a firefight on our hands. Usyk’s chin has so far handled the test of the heavyweight division. Meanwhile, Joshua has been dropped by Klitschko and was stopped by Ruiz. In the heavyweight division, anyone can be chinny, but I’m taking the chin of the smaller man in this one. The champ’s pedigree as a boxer is above that of Joshua’s as well, even though both are Olympic gold medalists.

Also consider: Fight to go the distance? NO (-140) at DraftKings

Back Figueroa Jr. to upset Lipinets

Adrien Broner originally was scheduled to fight Figueroa, but pulled out due to mental health concerns. Showtime had a fighter waiting in the wings in the former world champion Lipinets.

Most pundits think Lipinets can win this fight. I thought he had a decent chance for a late replacement as well, and that I might go that route if he had plus odds. But to my surprise, it’s Figueroa who’s the sizable underdog in this one.

I think this bout is going to be fun. Under normal circumstances, I may have favored Lipinets. These aren’t normal circumstances, though. I have to go with Figueroa, who’s literally fighting for his career and already had a full camp preparing for a main event fight. At his current odds to win at +220, Figueroa presents too good of value to pass up considering the circumstances.