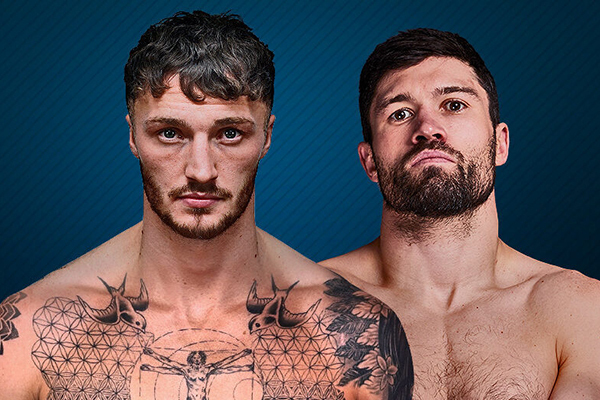 Zach Parker and John Ryder square off in a fight that should deliver on Saturday afternoon. The two will compete for the interim WBO title at 168 pounds from the infamous O2 Arena in London, England.

For most of the second half of 2022, things have been a little stale sport-wide. This bout may not be as high profile as what we have seen in the first half of 2022, but it should deliver quality action.

The winner of this bout may end up landing a shot at Canelo Alvarez since he holds the 168-lb WBO title when he returns to the ring next year. Either way, the winner will put himself in contention for another big fight.

Can Ryder maintain his consistent run? Or will Parker finally show out to the world?

Let’s break down the fight and get to my Parker vs. Ryder prediction and best bet.

John Ryder (31-5, 17 KOs) has the pedigree and experience to put Parker’s form to the test. While he has lost 5 times, it has come against good competition including the likes of Rocky Fielding and Callum Smith. Though he lost to Smith, many felt he deserved the nod in that fight. Because of these losses, Ryder largely only has been seen at the domestic level. But that changed when he defeated former world champion Danny Jacobs in February. Could he add another marquee win to his resume and possibly change the narrative of his career?

This all-British domestic clash sees both fighters bringing undefined attributes to the table. Ryder brings in more pro experience and in a southpaw fashion. Meanwhile, Parker has advantages in height and weight, as well as having more knockouts on his ledger. Ryder has never shied away from being the smaller man though and has become known to take it to his bigger rivals in the ring.

I think both men are going to go for it. Parker is a -240 favorite, which to me is priced well. I see both men battling and producing a very well-contested slugfest. Ultimately, I am going with the bigger man and the one with knockout power. I like Parker by stoppage in what should be a very fun and action-packed fight.