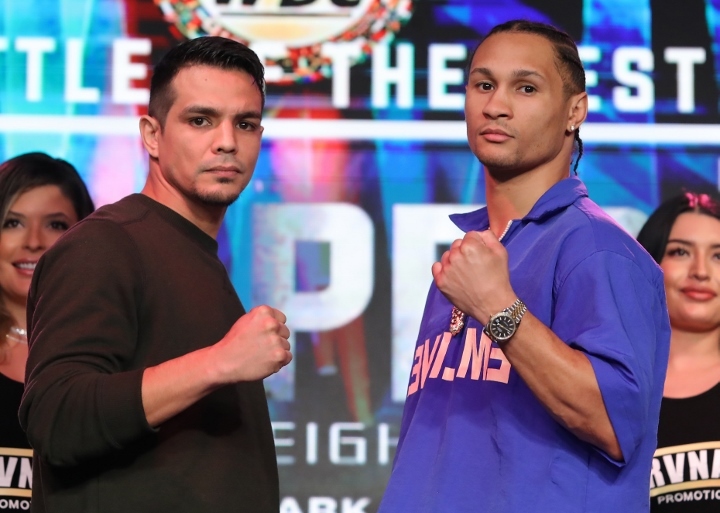 The super lightweight world title picture will begin to take shape on Saturday night when Jose Zepeda and Regis Prograis fight for the vacant WBC belt that was let go by Josh Taylor. Taylor relinquished the title because of his rematch with Jack Caterral.

Zepeda will attempt to become the WBC world titleholder once again. His last attempt was a loss to Jose Ramirez. He will be facing a comparable if not better opponent in Regis Prograis.

Prograis has been on the sideline with injury multiple times since losing his bout with Josh Taylor in the final of the World Boxing Super Series. He needs a win to stay relevant in the top tier of the division.

This should be a very good contest with two really good fighters looking to climb the 140-lb mountain. Let’s take a closer look at the odds and my Zepeda vs. Prograis prediction.

Both boxers are currently ranked as the top contenders by the WBC, with Zepeda being number one and Regis sitting at number two. Each boxer also is sitting on a successful run of fights, where Zepeda has won five consecutively and Prograis has won three in a row.

In his recent form, Prograis (27-1, 23 KOs) has won his last three fights all by stoppage. He began this streak against Juan Heraldez in October 2020 with a third-round TKO, followed by a sixth-round TKO of Ivan Redkach in April 2021 and another sixth-round finish of Tyrone McKenna in his latest bout in March 2022.

Prograis and Zepeda both carry finishing potential at the highest level. Prograis boasts a 79% finish rate and Zepeda’s is a healthy 66%. Both boxers are standing at 5-foot-8, but in terms of reach, Zepeda will be enjoying a three-inch advantage at 70 inches compared to 67 inches for Prograis.

Both men will come to fight. I expect Prograis to be the one to initiate the fight with Zepeda being effective with the counter. I think that makes for a fun stylistic fight that won’t see the end of the bell.

Zepeda is a solid underdog at +320 and normally I’d jump on that. But I think at his best, Prograis is at a minimum the second-best 140-pounder in the world.

I like Prograis to win this by stoppage. Hia moneyline is priced wrong at -450, but I will take the stoppage odds at +110.

Also consider: Fight to go the distance? NO (-115 at DraftKings)