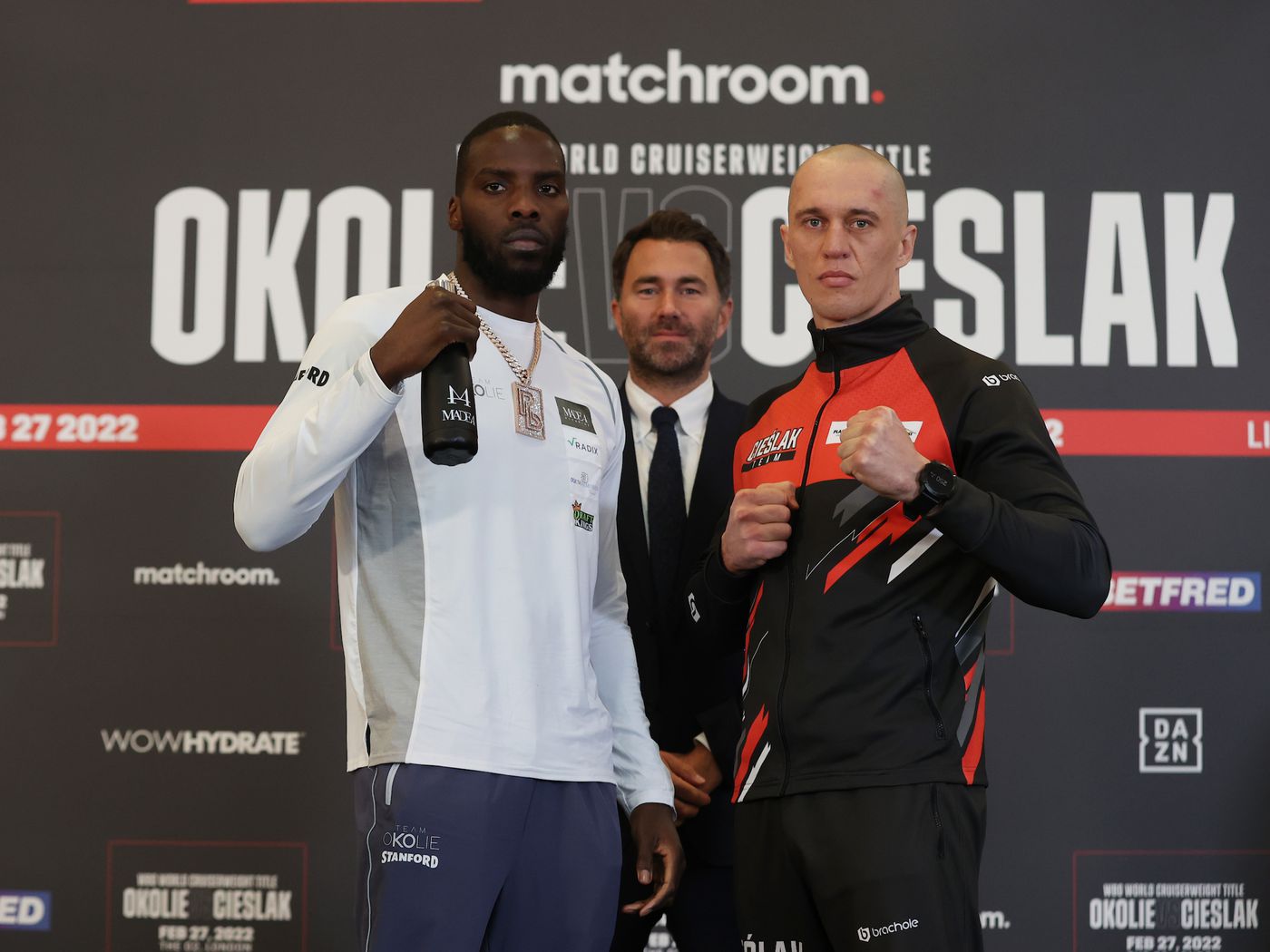 When a world titleholder takes on a top-10 contender in his respective weight division, it always brings interest on my end. Maybe it’s flying a little under the radar in the US, but this Sunday’s bout between Lawrence Okolie (17-0, 14 KO’s) and Michal Cieslak (21-1, 15 KO’s) is important – not just in England, but the global boxing landscape.

Okolie, the WBO cruiserweight champion, has been pegged by many to move to heavyweight at some point and contend in the sport’s marquee division. He’ll look to keep his career on track when  he defends his title this Sunday.

I like Okolie a lot. In the beginning of his career, I thought his fights were rather dull. He seemed to be a work-in-progress and still figuring out his style. However, since his pairing with trainer Shane McGuigan, Okolie’s power and boxing ability have come out. He has been on a run of seven consecutive KO/TKO victories.

Cieslak could be a tougher out on Sunday than many expect. His only loss is to fellow cruiserweight titleholder Ilunga Makabu, which some say was highly competitive. His resume is not boisterous otherwise, but I still suspect Cieslak will provide some resistance. I say “some” resistance, because I predict he’ll ultimately be Okolie’s 8th consecutive TKO/KO victim.

I shopped for betting value and found the most favorable odds at DraftKings. My pick is that Okolie stops Cieslak before the 6th round.