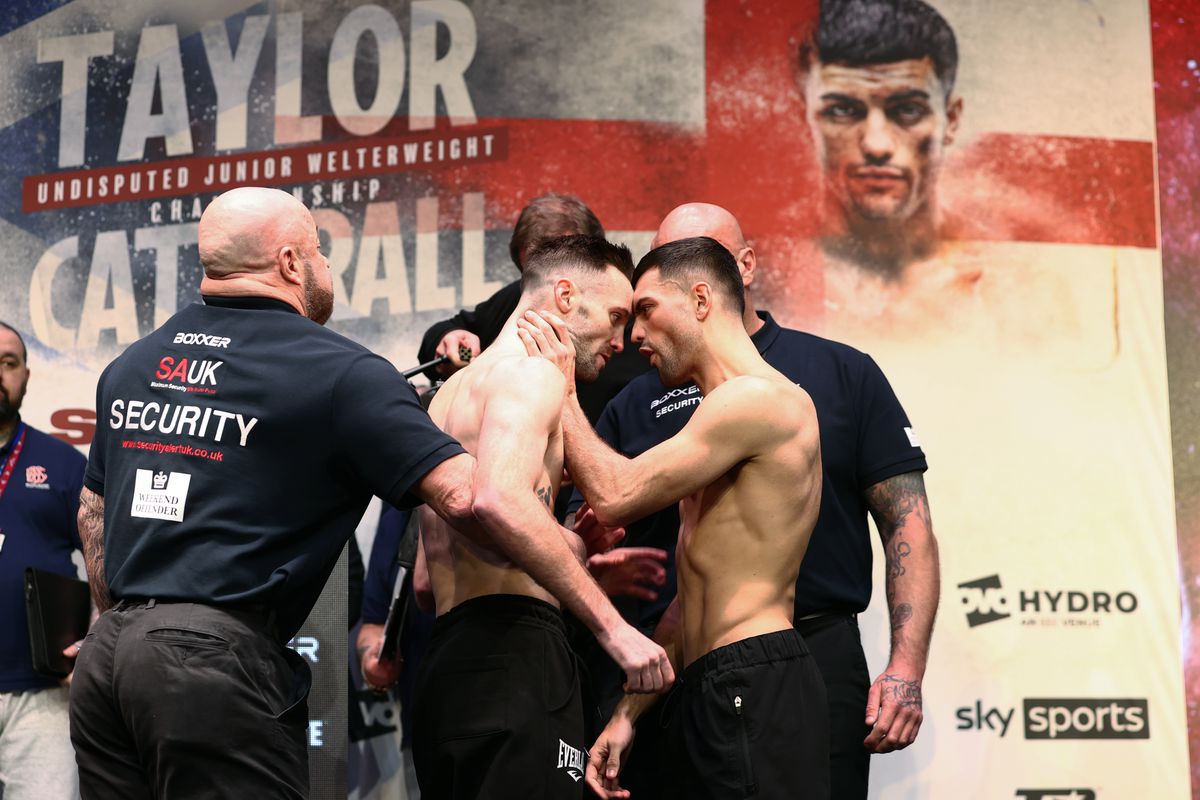 Just as it seems like spring is springing soon here on the east coast, the boxing schedule is coming out of hibernation. There are some interesting fights this weekend – highlighted by pound-for-pound darling Josh Taylor defending his undisputed junior welterweight championship against Jack Catterall – plus some decent odds in other prize fights for us to make some money.

Let’s look at my favorite picks and betting value I’ve found across this weekend’s fights.

Whenever one of the best pound-for-pound fighters in the sport steps in the ring, you have to watch.

The Scottish fighter will defend his WBA (Super), WBC, IBF, WBO and The Ring light-welterweight titles in the OVO Hydro in Glasgow against another undefeated fighter.

Not many fighters have ever been on a run comparable to the one Taylor has been on over the last three years. He won the World Boxing Super Series in 2019 after defeating Ryan Martin, Ivan Baranchyk, and Regis Prograis in the final. Before that, he defeated crafty veterans Miguel Vasquez and Viktor Postol. To put the final stamp on his excellent resume in 18 career fights, he outpointed Jose Ramirez to become the undisputed king at 140 lbs. Many pundits have him as a top-5 pound-for-pound fighter in the world – and with good reason.

Jack Catterall (26-3, 13 KO’s) will give it a go in this all-Britain scrap. He comes in with an undefeated record and with good wins on the domestic level over O’Hara Davies and Tyrone McKenna. Outside of that, his resume is very thin.

Out of Catterall’s 26 wins, only 13 have come by knockout. In order to be competitive in this fight, the challenger will have to play the technical spoiler. I could see that theoretically happening if Taylor is not at his best.

This fight was supposed to take place in December of last year, but was rescheduled because of an injury to Taylor. I think “the Tartan Tornado” will want to come out and show that he is still the same pound-for-pound stalwart he was before the injury.

Catterall, the mandatory challenger, may lay his hopes on the belief that Taylor is not the same fighter as he was before his injury, or that Taylor is taking him lightly. I do not see either to be true in this situation.

It may take a while before Taylor figures out Caterall’s awkwardness, but eventually the champ’s skill, power, and balance will be too much for Caterall. I think it’s going to be Taylor’s great left hand that ends this fight before the 10th round.

I am not going to lie – I am a little disappointed that most sportsbooks do not have any good action on this card. Sure, you can pick a winner, but for the most part, we have heavy favorites that offer no real betting value.

The main event features a young talent in Chris Colbert, who many feel will be a world champion sooner than later. Colbert was scheduled to fight Richard Gutierrez for the WBA 130 lb. title. The champ is out with COVID though, so Colbert will instead fight in another final eliminator against Hector Luis Garcia.

There is no betting value in this card.

Looking to bet on even more boxing action this weekend? Be sure to check out our prediction and best bet for Sunday’s Okolie vs Cieslak championship bout.