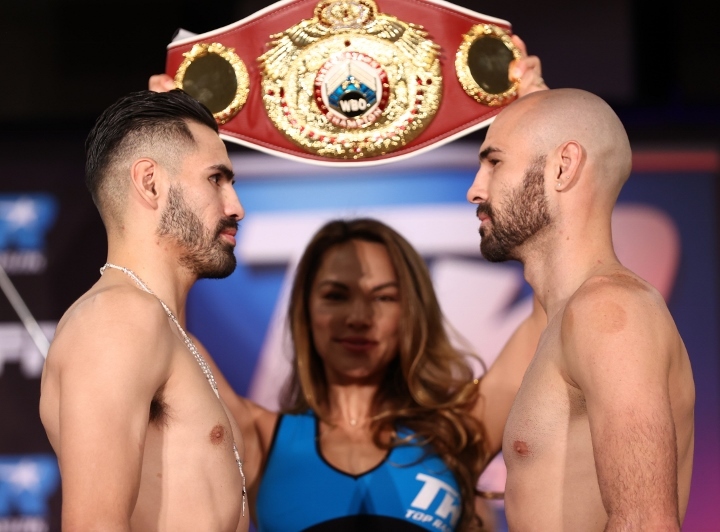 This Friday, Jose Ramirez (26-1, 17 KOs) will make his return to the ring after his highly contested loss to Josh Taylor last May for the undisputed crown at 140 lbs. His opponent, Jose “Sniper” Pedraza (29-3, 14 KOs), isn’t a pound-for-pound darling like Taylor. But he is a solid return opponent. And after thinking about it a little more, I think he has offers some betting value, too.

Below is my Ramirez vs Pedraza prediction and best bet.

Ramirez, who represented the US in the 2012 Summer Olympics, returns to his home base in Fresno, California to fight at the Save Mart Center. He has spent most of his career in the 140 lb. division, which will be to his advantage in this fight. He’ll be the bigger fighter. He also has proven to have power in this division, recently knocking out Maurice Hooker and dropping Josh Taylor his last time out. He’ll also have the hometown advangage.

Pedraza will be a tough challenge. Much like Ramirez, the former two-weight division champion is an Olympian who represented Puerto Rico in the 2008 Olympic Games. Pedraza can box from both stances and has earned his moniker. He has the quicker feet and hands. So while Ramirez is sure to be relentless with his pressure, Pedraza will try to counter with good defense and his pinpoint jab.

Though Ramirez will be the bigger man, Pedraza has a big chin. Only Gervonta Davis has stopped Pedraza, but “Tank” is arguably the biggest puncher in the 130-lb division, where the fight took place. Pedraza’s body should be acclimated well to the 140-lb weight class. He has seen all styles and won’t be a pushover.

DraftKings has Ramirez listed as a heavy favorite, sitting at -600 at the time of writing. I think that’s a very wide number. I think the clash of styles will make for an entertaining (and competitive) fight. Ramirez will provide the pressure and lead the action, while Pedraza will move and counter.

You could make an argument to back Ramirez with the stoppage at +240. However, Pedraza has been in the ring with the best of them and managed to reach the bell in all but one fight. That makes Pedraza at +425 potentially appetizing to bettors who are feeling frisky.

But Ramirez is at home. I like him to win a close decision – which may or may not have a little controversy attached to it.