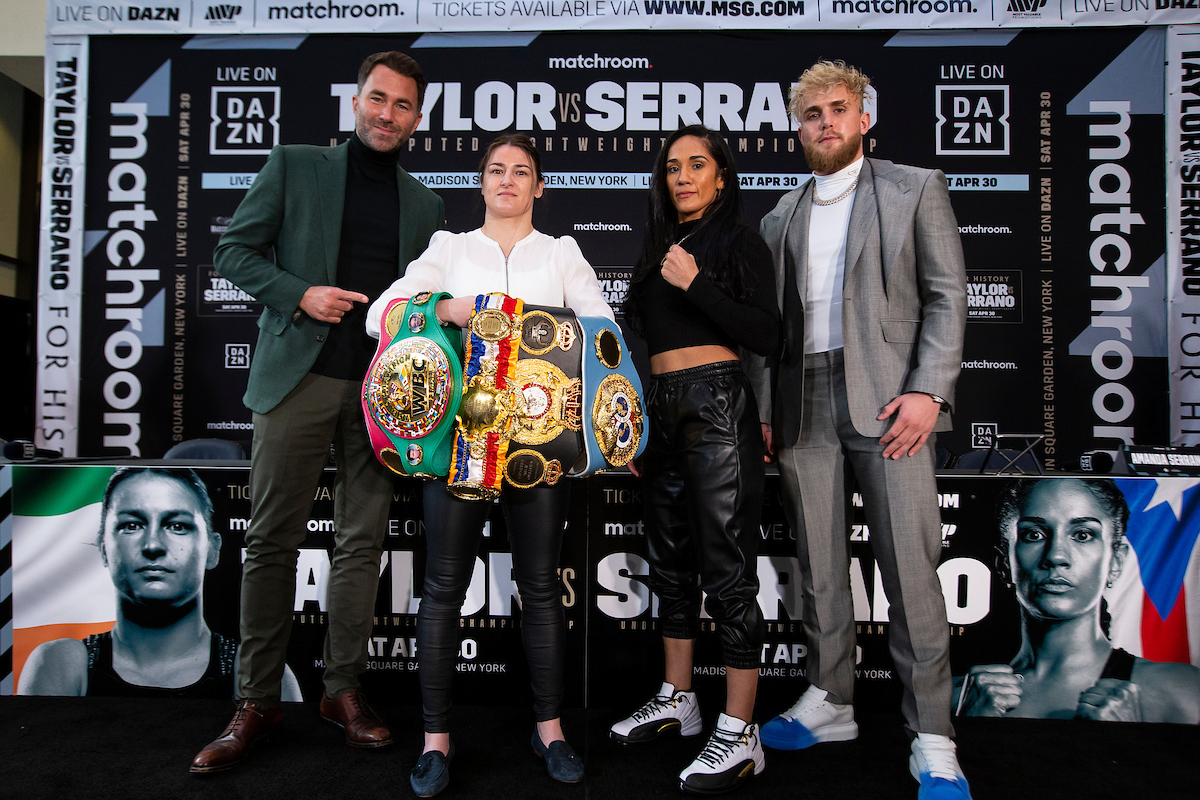 The month of April rolls on with two massive fights that will cement legacies in the boxing industry. Live from New York, Katie Taylor will face Amanda Serrano in the first ever woman’s main event in Madison Square Garden. Then live from Las Vegas, Shakur Stevenson will look to cement his place at the elite level when he takes on proven champion Oscar Valdez. Let us take a look at what value there is in wagering on Taylor-Serrano, the biggest women’s boxing bout ever.

The biggest fight in women’s boxing is what this bout between Katie Taylor and Amanda Serrano will headline a card in the world’s most famous arena, Madison Square Garden. The consensus pound for pound one and two go head to head. There are favorable odds on both sides as well.

The line for either side has value here. Taylor priced as a slight underdog at +100, while Serrano priced as the favorite at -135 in most sports books. I do not think you could go wrong either way on value. Ultimately, where is the best bet here?

Serrano(42-1-1, 30 KO’s)  is a 7-weight division champion who has won championships from junior bantamweight to lightweight. Since her first pro loss, she has gone onto win 28 bouts in a row winning 20 of them before the final bell. Whatever Amanda does, she is great at doing that. She was undefeated in a very short-lived career in mixed martial arts and has dominated in boxing, and finally will receive her elusive seven-figure payday she has been waiting for her whole career.

Taylor(20-0, 6 KO’s)  has been the face of women’s boxing for quite some time selling out arenas in the United Kingdom, She is the most decorated amateur female boxer in recent memory. The 2012 Olympic gold medalist won a world title in her sixth fight and has not looked back since. At the age of 35, she has won all of her fights but now she comes to her career defining fight this Saturday.

Women’s boxing has a different set of rules. There are only two-minute rounds with a maximum of 10 rounds for world title fights. I do not see any outcome but a decision victory for either fighter. Serrano has the power but Taylor is more skilled than Serrano’s previous opponents are. She is also the one in her natural weight class of lightweight. Taylor does not possess Serrano’s power but her boxing ability is at the top level of the sport.

I think Serrano has more to offer in this fight. She can box; she can bang, and has shown to carry her power will. It will be an even fight in the first half and then I see Serrano taking over with moments possible for a stoppage but not enough time in the rounds to get it. I like Serrano to win and to win by decision.

SERRANO TO WIN BY DECISION OF TECH. DECISION (+170 AT DRAFTKINGS)