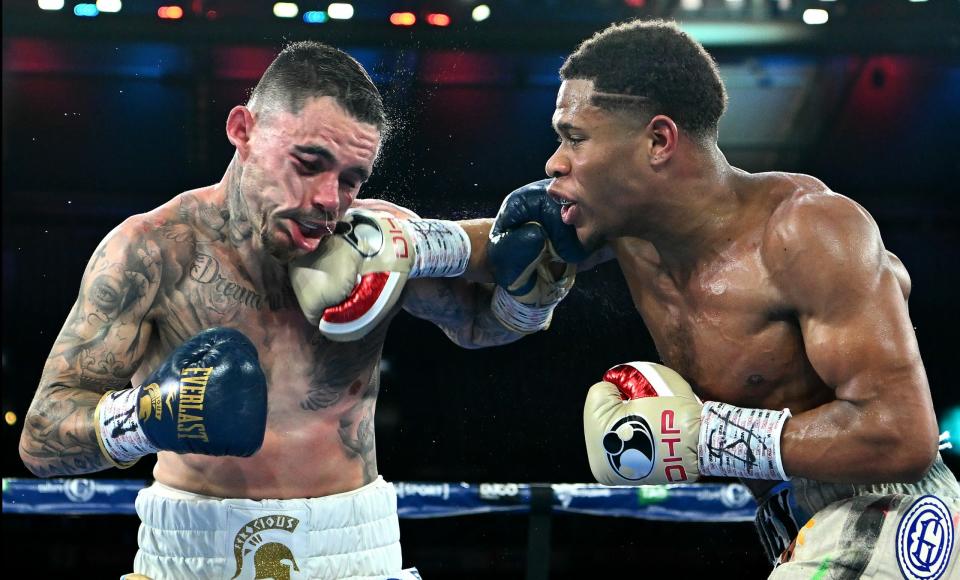 The undisputed lightweight championship is on the line as Devin Haney once again travels to Australia to take on George Kambosos Jr. in a rematch of their first fight in June. This time though, Haney is coming in as the undisputed champion and heavy betting favorite, while Kambosos is the challenger.

This fight isn’t on the grand scale of the previous bout because of how lopsided it was in Haney’s favor. It was so lopsided that the rematch has downsized from the 50,000-seat Marvel Stadium to the 15,000-seat Rod Laver Arena. But it’s boxing and anything can happen, so perhaps the remaining Kombosos believers will be rewarded for showing up. So let’s see if there’s any betting value in this return bout.

Below is my Devin Haney vs. George Kambosos Jr. 2 prediction and best bet.

The first dance between Haney and Kombosos also was in Melbourne, and took place front of 41,129 fans. It was an absolute shutout.

Haney dominated to the point that, at times, it was boring for fans to watch. Kambosos did his part in the affair by not throwing punches.

There was no need for a repeat, but Kambosos invoked the immediate rematch clause that was in place in case he lost. So here we are.

Kambosos (20-1, 10 KOs) has not done much talking since the first bout, and maybe that’s a good thing. He was very boisterous in their first go-around only to be dominated by Haney. Will we see a different Kambosos? Maybe the one that went for it all against Teofimo Lopez? That’s the only underlying factor that would make this fight interesting.

Haney (28-0, 15 KOs) for his part did what he needed to do to become the undisputed champion. He went on the road, quieted the crowd, and won convincingly. The victory wasn’t overly exciting for many in attendance and watching at home, but he got the job done.

If there is one knock on Haney, it’s that his bouts can be rather unentertaining. However, you need two to make an enticing fight. By all accounts and media reports, Kambosos will come to win the rematch. That will play well into Haney’s hands.

I think this second bout will be more entertaining, but I like Haney again. Should Kambosos come out like he did against Lopez, he has a shot. He’ll also have a shot to be stopped, which is what I am going with. There is big value on this line as well, with a stoppage sitting at +200 compared to the moneyline at -1000 in favor of Haney.

My Haney vs. Kambosos best bet is Haney to win via KO, TKO, or DQ (+220) at DraftKings Sportsbook.