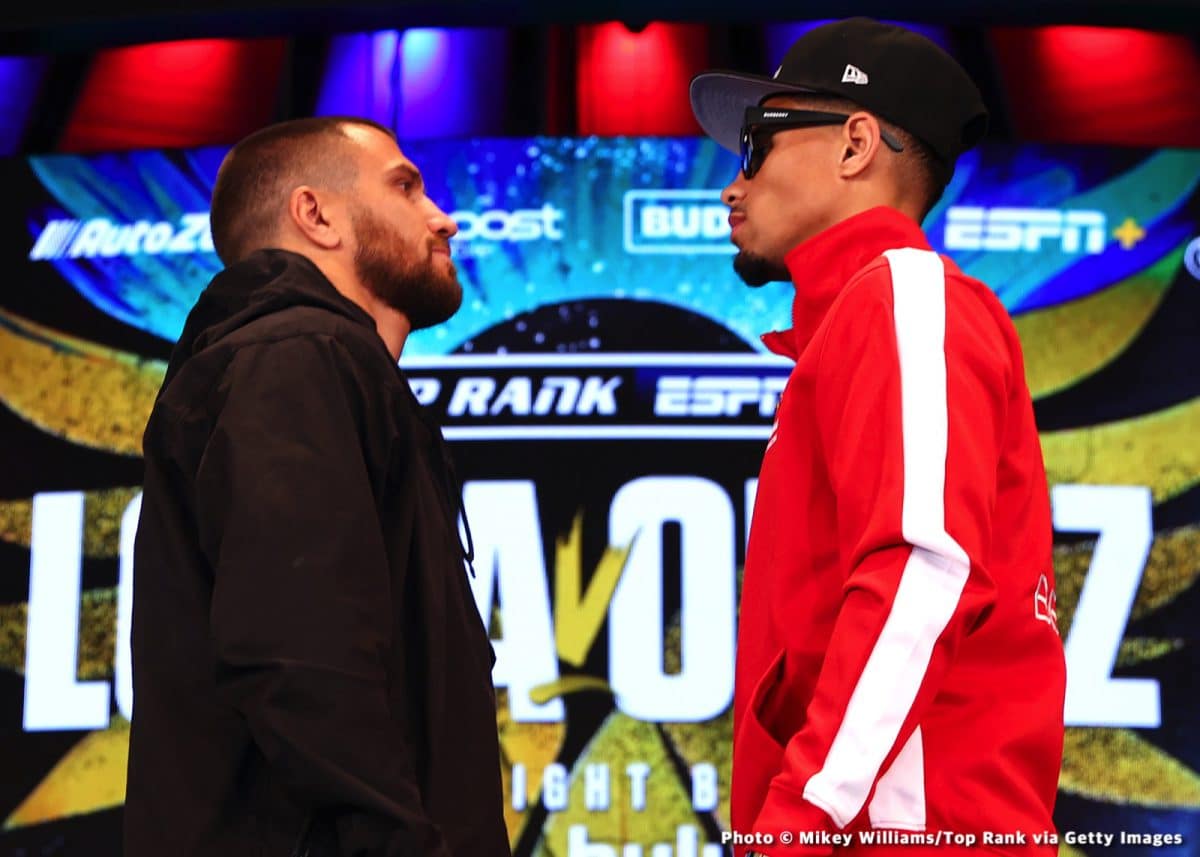 Boxing Picks and Predictions: Paul vs. Silva, Lomachenko vs. Ortiz & Diaz vs. Zepeda

Boxing Picks and Predictions: Paul vs. Silva, Lomachenko vs. Ortiz & Diaz vs. Zepeda

After a slow week across the sport, boxing returns with three marquee fights on a busy Saturday evening.

One marks the return of a pound-for-pound stalwart. Another fight seems to have “Fight of the Year” written all over it. The other pits a YouTuber turned boxer against an MMA legend.

Boxing, the theater of the unknown never surprises and if that lineup doesn’t sum up the sport, I don’t know what will.

Let’s take a look at some bets for these fights. Below are our picks and predictions for Jaake Paul vs. Anderson Silva, Vasyl Lomachenko vs. Jamaine Ortiz and Joel Diaz vs. William Zepeda.

A novice boxer vs an MMA legend. What can possibly go wrong? More importantly, how can we bet on such madness?

The short answer is that I’m not sure.

Jake Paul has committed himself to the sport of boxing, but has yet to face a real boxer. He has fought NBA stars and former MMA stars, but now faces an absolute MMA legend.

Many in MMA circles consider Anderson Silva to be the greatest of all time. He’s 47, but has a history of being a solid boxer. The last time he was in the ring, he defeated the son of a legend, Julio Cesar Chavez, Jr.

Oddsmakers at FanDuel Sportsbook have Paul listed as a solid favorite at -215. This makes Silva at +175 pretty solid value. He is the only fighter in this bout who has fought and beaten a bona fide boxer – and a former world champion at that.

Sure, maybe the fix is in to keep the Paul money train going. Still, even at 47 years-old, Silva will be the best opponent Paul has faced. If an aged Silva can beat the shell of the son of a legend, I like him here at +175 to win in a slight upset.

Former pound-for-pound darling Vasyl Lomachenko (16-2, 11 KOs) will look to keep his winning streak rolling after victories over Masayoshi Nakatani and Richard Commey. This comeback from his 2020 loss to Teofimo Lopez was interrupted when Lomachenko actually returned to Ukraine following the invasion of his country. Now once again in the squared circle, “Loma” will be looking to get back into position to land a big fight.

Lomachenko faces a guy that will provide some resistance in Jamaine Ortiz (16-0-1, 8 KOs). However, we still don’t really know how good Ortiz is until he faces the meat and potatoes of the lightweight division. Yes, he beat Jamel Herring earlier this year, but Herring has since retired after suffering a second, back-to-back loss against Shakur Stevenson.

Loma is a heavy -3000 favorite. That is too rich for me. However, Lomachenko by decision is +125. Ortiz is pretty durable and I think that there’s value in backing a decision for Loma.

Before stopping Nakatani, Lomachenko’s last two stoppages were against guys who have a history of being stopped in Anthony Crolla and Jorge Linares. Loma went the distance against Richard Commey, Jose Pedraza and even Teofimo Lopez in his most recent loss. This covers every fight Lomachenko has had at the 135-pound division.

Odds of +125 have a 44.4% implied probability. I think Loma wins by decision more often than that, so I like this bet.

Vasyl Lomachenko by points or a decision (+125)

We should expect absolute fireworks when the main event on DAZN goes off between these two fighters. William Zepeda (26-0, 23 KOs) doesn’t let many fights go the distance and Joel “JoJo” Diaz (32-2-1, 15 KOs) is usually never in a bad fight.

This bout is about what you prefer. Is it the knockout power and aggression of Zepeda? Or do you the boxer-puncher ability of Diaz will give him the edge counter-punching in-between Zepeda?

Diaz, the former Olympian, is sort of in-between statuses. He’s at the point where it’s tough to tell whether he’s still a title contender or has become a gatekeeper.

On the other side of the ring, the 26-year-old Zepeda is nearing the status of title contender. I think his career still is trending upward, while Diaz is on the top of his downslope.

I like Zepeda to win here. At -170, he’s not too heavy of a favorite to bet on him winning. I do like him by stoppage, though. At +250, he only needs to stop Diaz more than 28.6% of the time for this to be good value. Personally, I’ll take the extra confidence to pay for the vig and be wagering on Zepeda to win.

NOTE: FanDuel does not have odds for this fight. This fight is available at DraftKings Sportsbook, with the lines provided in the article above. Click here to wager on Zepeda to win (-170) at DraftKings.