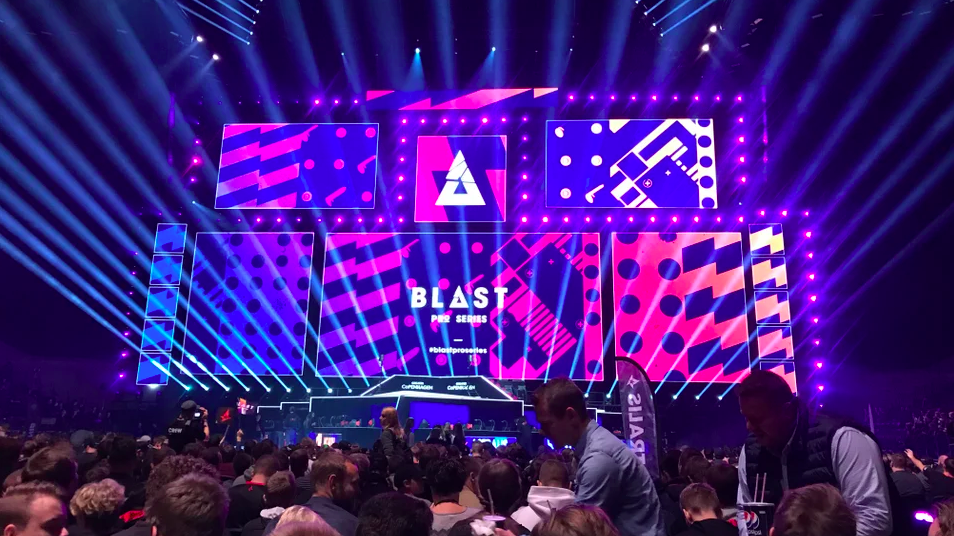 It was a great week of CS:GO action last week as the ESL Pro League Finals were won by mousesports, who picked up a whopping $250,000 for their efforts!

The action continues this week as we head to Riffa in Bahrain for the inaugural BLAST Pro Series Global Finals. We have a full preview and betting picks for the $500,000 tournament, which kicks off on Thursday morning.

The top teams in CS:GO  have been competing throughout the year in BLAST Pro Series events around the world in an attempt to qualify for the global finals in Bahrain. Just four teams made the cut for the finals, and they are set to face off in a double elimination ‘best of 3’ style format.

The No.1 ranked team in the world, Astralis, were unsuccessful at the ESL Pro League Finals, going down to mousesports in the final. They’ll be looking to bounce back and claim another trophy to cap off what has been a stellar 2019.

Team Liquid rose one spot to 3rd on the world rankings this week and can once again make a claim to being the best team in the world with a strong performance, particularly against Astralis in the opening match.

NiP and FaZe Clan round out the four sides in the tournament, both of whom have had up and down seasons to date but will both be looking to end the year on a high. FaZe will be sporting a new look roster which features former SK and MiBR star ‘coldzera’. 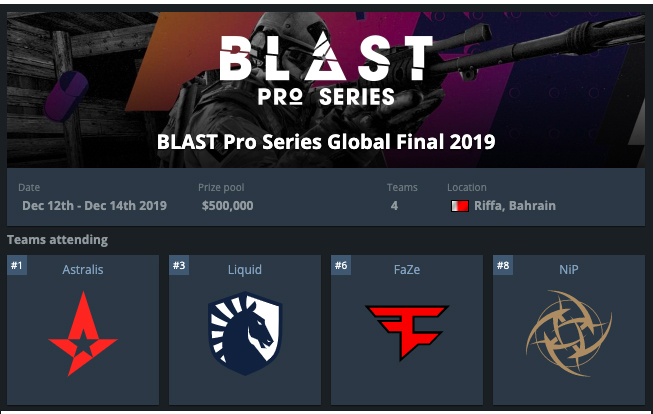 We were quite bullish on the new look FaZe Clan roster in the lead up to the ESL Pro League Finals last week, however, they were pretty disappointing, finishing in 9th-12th place after being bounced out of the tournament by Australian squad 100 Thieves.

You can’t really go wrong with a bet on Astralis or Liquid here. There’s a high possibility that the two top ranked teams in the tournament will face off in the final. However, if you’re looking for some value, we still do like the look of the FaZe roster.

FaZe boasts some extremely heavy hitters in the likes of olofmeister, coldzea, NiKo and rain, all of whom are top level players capable of competing with the best in the world.

FaZe are tough to bet on in the longer format tournaments but in this short format, they only need to be in sync for a few matches to reach the finals. If their stars can get off the chain here, they are a great value bet.

If you don’t fancy either of the two top ranked teams in Astralis or Liquid, look towards FaZe.