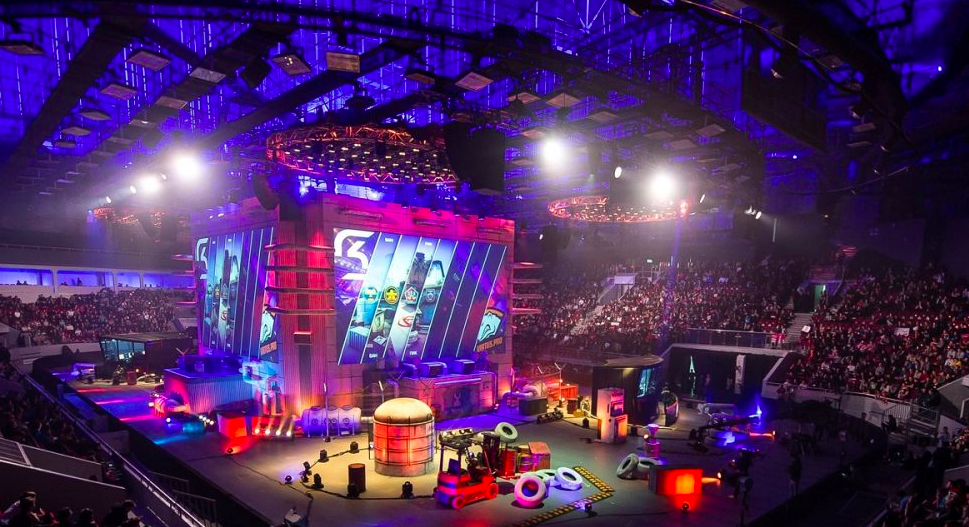 Eight of the best CS:GO teams in the world will converge on Moscow, Russia this week for the annual Epicenter event! The 2019 edition of the Epicenter boasts a monster $500,000 prize pool and gets underway on Tuesday, the 17th of December!

We have a full preview and betting picks for the tournament below.

The eight teams will be split into two groups of four, where they will compete in a Swiss style elimination format. One team will be eliminated from either group, with the winner of each group advancing straight to the semi-finals. The second and third placed teams in either group will then battle it out in the quarterfinals.

As usual, the Grand Final will be held on championship Sunday and will be played over a best of three format. 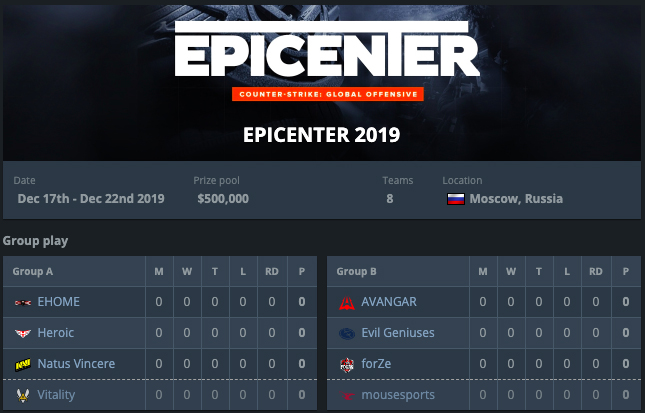 The No.3 ranked team in the world, Evil Geniuses, come into the tournament as the hot favourites and will be looking to assert themselves on the CS:GO world with a big tournament win after recently falling from the No1 ranked spot in the world.

The North American team have been disappointing in their last few LAN appearances, finishing 5-6th at IEM Beijing and the CS:GO Asia Championship, 3rd at the ECS Season 8 Finals before finishing 5-6th again at the ESL Pro League Season 10 Finals just a few weeks ago.

They are without doubt the most talented team in the tournament, but need to prove they are a Tier 1 team with a big LAN win.

The newly No.5 ranked team in the world, mousesports, are arguably the most in-form team in the tournament, coming into the Epicenter on the back of three straight grand final appearances at the CS:GO Asia Championship, the ESL Pro League Season 10 Finals and the cs_summit 5.

Their performance at ESL was particularly impressive, as they knocked over the top three ranked teams in the world in Astralis, fnatic and Evil Geniuses in the quarters, semis and grand final to win the $250,000 top prize.

The third team who we think has a realistic chance at winning this tournament has to be NaVi. The Russian outfit has been up and down on form since making a few key changed to their roster, however, the addition of arguably the best awper in the world in GuardiaN is starting to pay dividends.

We think the winner comes from the three above teams, and on form alone, it’s hard to look past mousesports. They have been on an absolute tear over their last three tournaments and you could make a case that they are the best team in the world at the moment.

Form is fleeting in the world of CS:GO so there’s no doubt mousesports will want to capitalise on theirs and win as much as they can over the next month. With $250,000 up for grabs for the winner of this tournament, you have to think they are a massive chance.