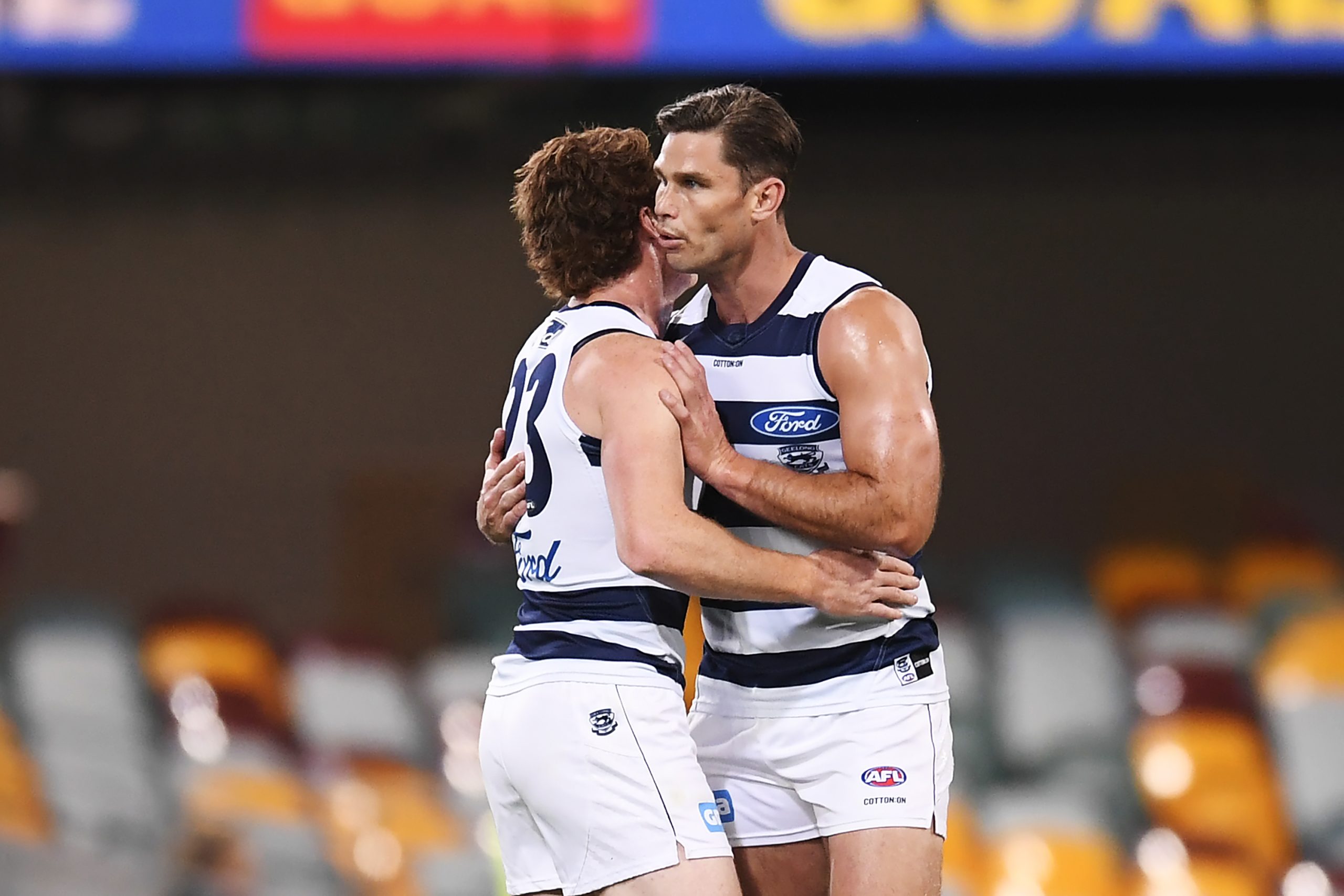 The game of the week in Round 9 of the AFL will see the Saints facing off against the Cats on Saturday morning. Check out our preview for the clash as well as betting tips for every game in Round 9 below.

The Saints were rolling, having won five in a row and climbed as high as fourth on the ladder. They have lost their last two games to the Power and Demons though, which has seen them slide back to 7th on the ladder with a 5-3 record.

They faced the toughest test in the league last week as they came up against the Demons at the MCG. Melbourne shot out to an early 50 point lead but the Saints looked decent after half time, matching it with Melbourne to kick five goals apiece in the 2nd half.

The Cats have been arguably the most inconsistent side in the league this season. They are 5-3 on the season and have not won back to back games since all the way back in Rounds 3 and 4.

After a disappointing loss to Fremantle at home, they bounced back with a solid win over the Giants on the weekend, defeating them by 53 points on the back of a strong performance from star forward Jeremy Cameron.

The Cats have done well to be 5-3 at this stage of the season considering they are yet to really show the form that got them into a preliminary final last season. Their record at Marvel Stadium isn’t fantastic, having won just half of their last four games there.

I think there is an element of ‘hungry dog runs faster’ to this game. The Cats are coming off a win and will be on the road while the Saints are on the back of two straight losses and will be comfortable back under the roof of Marvel Stadium. I think they cover the line as underdogs or even win straight up.

Some people claim it to be the greatest regular season match ever played. The Saints and the Cats met in Round 14 of the 2009 season, both teams having a perfect 13-0 record at the time. What ensued has been described by experts as the pinnacle of Australian Rules Football.