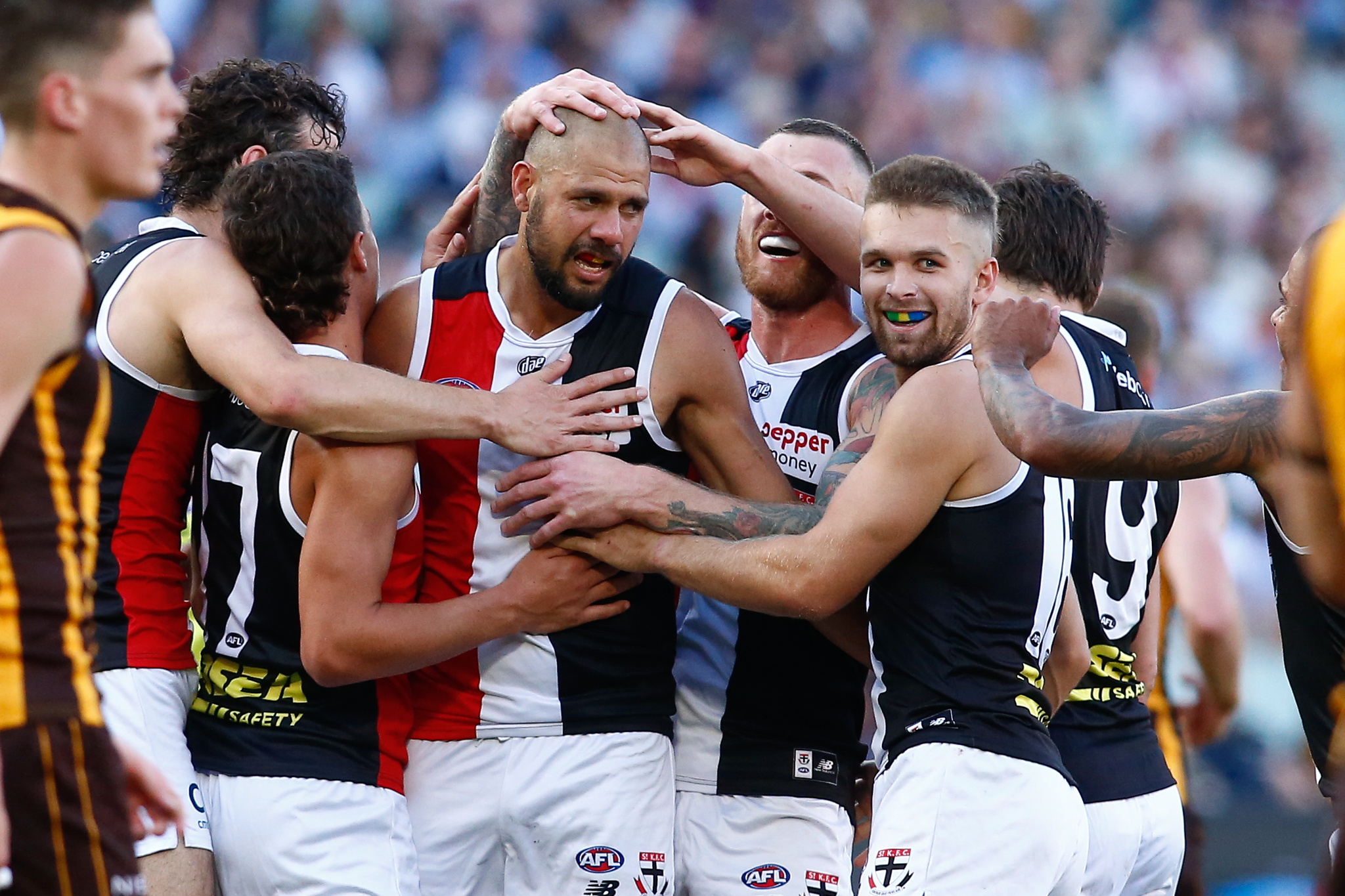 The game of the week in Round 8 of the AFL will see top of the table Melbourne taking on 4th place St Kilda on Saturday night. Check out our full preview for the clash as well as betting picks for all nine games in Round 8 below!

The Demons trained rolled on in Round 8 as they captured yet another win to move to 7-0 on the table and secure their spot on top of the ladder. It wasn’t as easy as some of the other victories, but they managed to defeat the Hawks by 10 points in an up and down game. They are the only remaining undefeated team in the league and are hot favourites to defend their AFL title in 2022.

St Kilda were on the back of a five game winning streak when they travelled north to take on the Power in Round 7. Wayward kicking cost them deerly as they kicked just 4 goals and 18 behinds to lose the game by a single point. They still sit in 4th place on the table but have a really tough run beginning this week with games against Melbourne, Geelong and Brisbane across the next month.

I’m happy to chalk that Saints loss last week to the conditions. It was incredubly humid up north making their attacking style of ball movement almost impossible, as proven by the low scoring game. They should be better down in Victoria this week, but they face the ultimate challenge in the Demons, who have not missed a beat in 2022.

The Dees start as 19.5 point favourites here, which I think is a touch low given the attacking style that the Saints play. That style has worked well for the Saints this year but they are yet to come up against a premier defence like the one Melbourne possesses. The Demons should be too strong for the Saints.

A regular season thriller between the Saints and Demons was played out in Round 11 of the 2015 season. Enjoy the highlights of the game below.