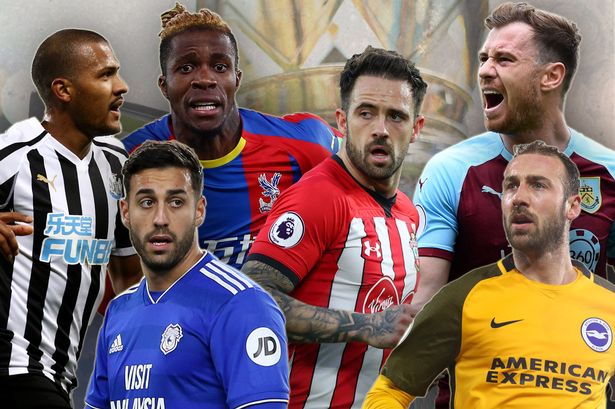 We had an amazing Match Day 26 of the 2018-19 English Premier League season, hitting on our best bet as well as our value parlay. Watford got the job done at home against Everton, defeating them 1-0 for +130 profit and keeping our best bet streak alive. However, our best win of the round was with our parlay where we hit on a huge +612 winner!

We now shift our focus to the extremely important upcoming EPL round, which is Match Day 27! As it stands, both Manchester City and Liverpool are tied at the top of the table, although the latter has a game in hand. There’s also the epic relegation battle going on between the bottom sides, which is almost just as exciting to see unfold. So without further ado, we present our best pick of the round and as always, good luck to everyone following!

Our best bet comes from an extremely important fixture that sees EPL’s 10th placed West Ham United host 19th placed Fulham at Olympic Stadium on Friday February 22nd at 2:45pm (Eastern Time). Below you’ll find all the important statistics for the match, as well as our expect analysis and recommended betting pick.

These teams met back in December at Craven Cottage in Fulham. The Hammers proved to be too good for the Whites in that meeting, eventually winning the game 2-0 thanks to first half goals from Robert Snodgrass (17′) and Michail Antonio (29′). Pictured below are the other important stats from that fixture.

Below are the last five Premier League meetings between these teams.

When West Ham United are paying -120 the expected chance of winning is 55%, but they actually win 67% of matches with these odds.

When Fulham have odds of +300 they are expected to win 25% of matches, but they actually win 17% of games with these odds.

The Hammers form doesn’t look great at first glance. They’ve managed just one win in their last five matches, which was at home against Arsenal (1-0). However, they’ve had a really tough schedule over that stretch with three away fixtures in their last four. They’re coming off an away draw against Palace last time out, which was the second draw on the spin after picking up an invaluable point against Liverpool the week prior. The Hammers now get to return to their home at Olympic Stadium where they’ve put together a 5-3-5 record, which is the 12th best mark in the league.

Below is how the league table looks as we enter Match Day 27. 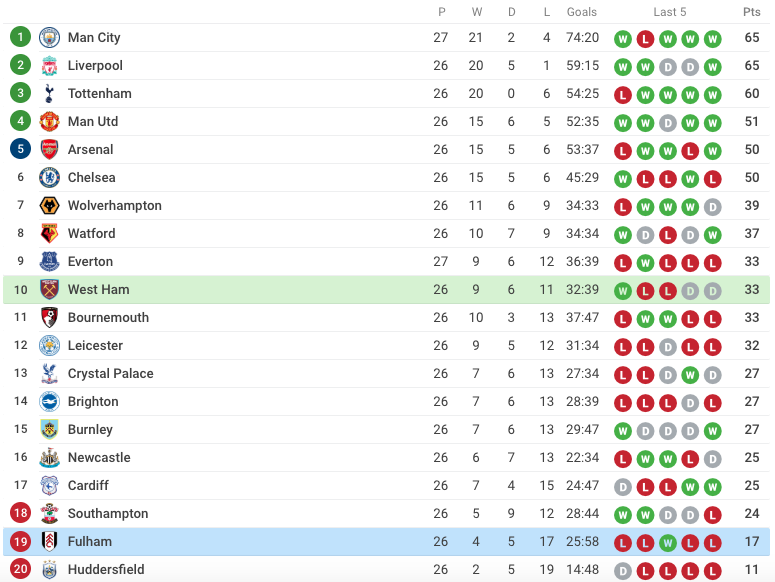 The Cottagers find themselves in a whole lot of trouble in their quest to stay in England’s top flight. They’re currently eight points inside the drop zone and have won just four of their 26 games this season. It’s just been a horrible season from start to finish for Fulham, who now look destined to fall back to the Championship. Their recent form gives no suggestion that they’re about to turn things around, as they’ve now lost five of their last six. Adding salt to their wounds, the Cottagers are the worst away team in the Premier League, having picked up just two points from 13 fixtures thus far.

We’re very interested in making a play on the Hammers at homer here. Not so much because we like their form (although it’s been really solid), but more so because the opposition they’re playing are just horrible. Until Fulham show that they can put in a decent shift away from Craven Cottage we’re more than happy to oppose them, especially at such juicy odds.