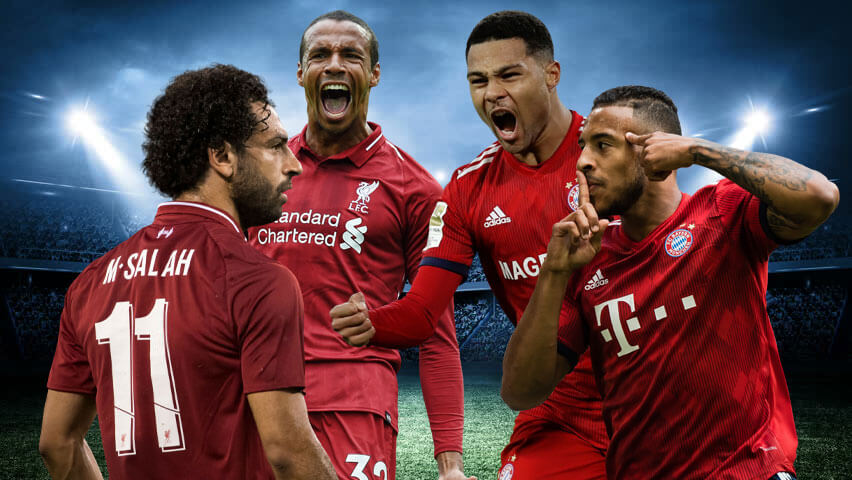 We had great success with the first week of Day 7 of the UEFA Champions League, hitting on our best pick at +128 odds. As we predicted, PSG put up a great fight on the road against Manchester United, eventually defeating them by two goals to nil at Old Trafford. We now shift our focus to the second slate of Day 7 and look to continue our winning form. Good luck to everyone following!

Liverpool are a tad lucky to be in the Round of 16 after a shaky group stage where they had to find points in the sixth and final game. Other than that however, it’s been a great 2018-19 campaign for the Reds. They’re equal top of the EPL ladder with a game in hand, and are now through to the last 16 of the UCL after finishing runners up to Real Madrid last season.

The Reds have the luxury of hosting their opponents at Anfield for the first leg of this match-up, which is a ground that has been an absolute fortress for quite some time. In fact, Liverpool are unbeaten in their last 45 combined EPL & UCL home games, which is the best mark of any time in Europe by a long way. The last time they lost at home was way back in April of their 2016-17 campaign.

Bayern Munich cruised through Group E to with four wins and two draws from their six games, ultimately booking themselves a meeting with Liverpool in the Round of 16. However, it must be said that they arguably had the easiest group of all the heavyweights in Europe.

Bayern also find themselves in with a chance of yet another Bundesliga title, although they’ll have to come from unfamiliar territory to win this time around, as they’re currently in second place and playing catch up to their rivals in Borrusia Dortmund. It’s more than fair to say the next couple of fixtures could make or break the German giants season.

This is arguably the tie of the round with two of Europe’s biggest and most successful clubs going head-to-head for a spot in the quarterfinals. Both teams will be a touch shorthanded thanks to a few bad timed injuries, although both teams certainly have the depth to fill their respective voids.

It goes without saying that this first leg could prove to be the difference in the tie, with the losers spirits being shattered from a disappointing loss. In this instance, we really like the home side (and for good reason). Liverpool’s form at Anfield is just far too good to oppose, especially against opponents that aren’t as familiar with how they play. Against any team in the world you should take Liverpool at even odds when they’re at home, especially a shorthanded and underperforming Bayern Munich unit.