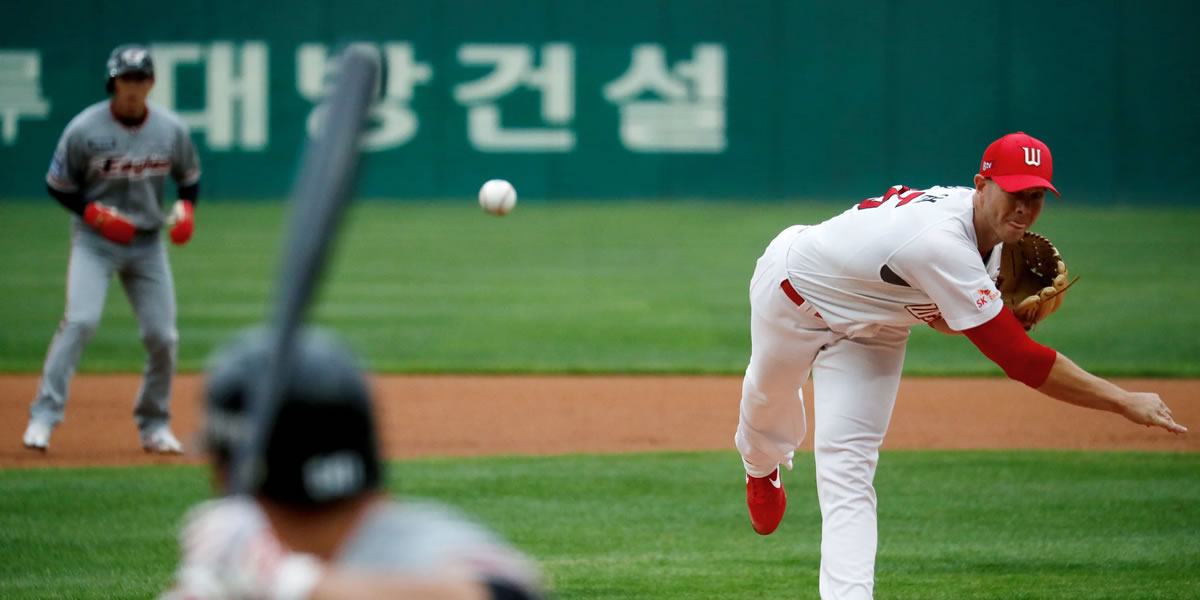 The Korean Baseball Organization (KBO) is picking up momentum on US soil, with plenty of baseball fans adopting a team and sweating the action through ESPN and online streams. The KBO action resumes on Sunday with five games before the weekly break on Monday. For something a little different on the site, we thought we’d take a look at some KBO baseball picks for Sunday’s matchups.

Most of the major US sportsbooks are offering KBO markets, with DraftKings particularly supportive of this exciting league. They have markets for every match as well as daily fantasy sports offerings every day.

Lotte Giants have begun this KBO season in sprightly fashion, winning seven of their first 10 games. They closed out their game against Hanwha quite comfortably on Saturday. They’ve scored the second-most runs so far with 56 along with 88 hits and 12 home runs. Jun-woo Jeon has continued his terrific form this season, with 10 runs already so far. Lotte Giants should continue their strong start.

Samsung Lions haven’t quite been at their best this season. Yet, they have managed to put up four wins in 10 games. That might not seem like a great record but their overall stats aren’t bad at all, particularly defensively. They are the league’s fourth-best pitching team with an earned run average of 3.60. KT Wiz are due some wins as well but just on paper, the statistical mismatch is enough to back Samsung Lions.

There isn’t much that separates these two teams. Kiwoom Heroes are currently fourth on the points table while the Twins are one spot behind them. Both these teams prefer completely different styles of baseball. Kiwoom banks heavily on their pitching and LG on their batting. In their previous series, Kiwoom were beaten by Samsung 8-5. On Saturday, LG won 3-1 against Kiwoom. I expect this to be a high-scorer but with the same result.

The defending champions, Doosan Bears, have quickly found their fluency after a rusty start to the season. That transfer of momentum has been led by their batting again. They are a batting-heavy team and that’s evident from their 59 runs and 100 hits, highest in the KBO in both metrics. On the other end of the form spectrum, the Kia Tigers are still looking for a performance to catalyze their season. There is a skill difference, particularly in the batting department, in this game.

This is the biggest mismatch on Sunday. NC Dinos have been absolutely terrific to date. They have even upstaged the might of Doosan Bears, which is a laudable achievement. Whether they can sustain their excellence is a debate for another day. In this game, there aren’t too many doubts, at least on paper. NC Dinos lead the KBO with eight wins in nine games, while SK are languishing at the bottom of the table with the reverse record (one win in nine games). SK are the worst batting team and second worst in the pitching department.