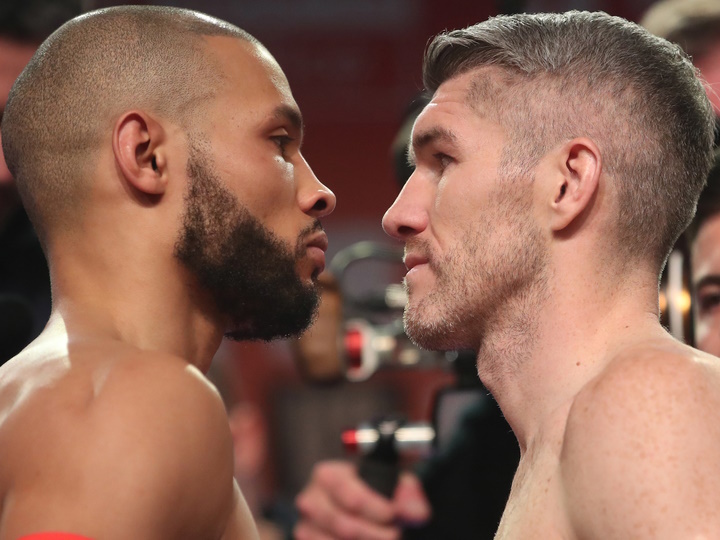 Liam Smith was WBO super-welterweight world champion between 2015-2016. While he has never held a major title, Eubank is a good middleweight who might win one soon in the 160-lb. division.

Will this fight be competitive though? More importantly, is there any betting value to be found? Let’s take a look at my Eubank Jr. vs. Smith prediction and see.

We’ll use odds via PointsBet Sportsbook. As always, you can support the site and keep Total Sports Picks free by signing up to PointsBet and using PointsBet promo code 2FREEBETS when registering.

Let’s first look at ‘Beefy’ Smith, who has a very good chin. He absorbed some big right hands in the first few rounds of his fight with Anthony Fowler, who is heavy-handed. He took those shots, never faltered and stopped Fowler with a big right hand of his own in round eight.

Smith always fights behind a high guard and likes to get in close and attack the body. With that style, he likes to apply pressure and force his opponent to fight at a very fast pace.

Since teaming up with the legendary Roy Jones Jr, Eubank has become a completely different fighter. He has been refocused and has become a more patient, economical fighter This helps with his stamina late in fights. Jones has turned the 160-pounder into a more technical fighter.

These two are very equally matched on paper. Both are British champs, have a couple of losses each, boast similar KO ratios, and hold almost identical world-ranking positions. However, in terms of how they fight,  they couldn’t be any more different.

Smith will want to fight up close. Eubank’s new style under Roy Jones  will likely see him try to maintain a safe distance and pick Smith off with his quick hands. Whenever they do go head-to-head, Eubank is very smart on the inside and will likely be able to land some damaging shots.

The odds have Eubank as a 3-1 favorite at -313, while Smith is an underdog priced at +286. I think this is a fight that may have its moments, but for the most part it should be won by Eubank’s distance and patience. He will pick off the busier fighter by countering Smith as he brings the action.

I like Eubank. However, I’m staying away from that lopsided -313 moneyline. I’m predicting a comfortable victory by points for Eubanks, likely to the tune of 8-4 or 9-3.