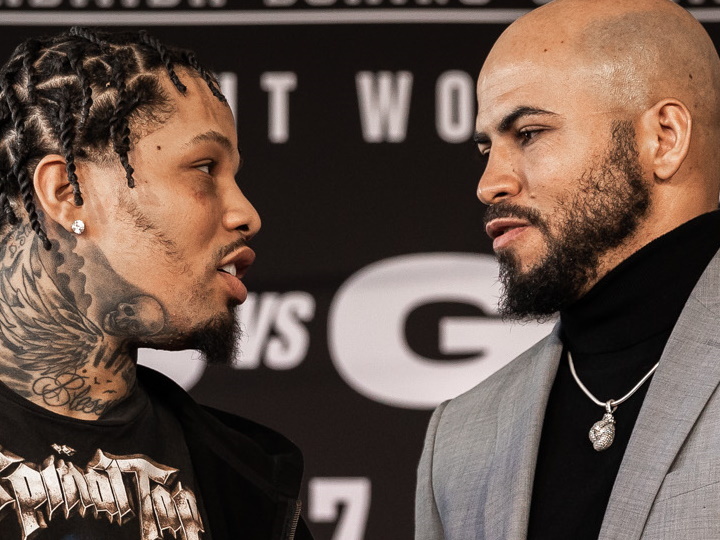 This fight was in serious danger of being canceled after Davis was arrested for a domestic violence dispute in Florida before the year 2022 was out. The matter has been cleared – at least for now – as the woman who made the accusation released a statement on the matter which will allow the bout to continue.

For all the accolades in the ring for Davis, he has had issues out of the ring in matters related to domestic violence. But we do know he will fight Saturday, so let’s break down the fight and try to find some betting value.

Below is my Davis vs. Garcia prediction and best bet.

The 12-round lightweight title fight between these two southpaws will be live on Showtime PPV in the United States. Whether this is a pay-per-view fight worthy of a large viewing fee might be debatable to some, but Davis has been built up as a staple of his division.

Davis (27-0, 25 KOs), a former WBA Super Lightweight and IBF and WBA Junior Lightweight Champion,  stopped Rolly Romero in the sixth round in his last fight. Garcia (16-0, 10 KOs) was last in the ring this past August, when he beat Roger Gutierrez by a wide unanimous decision to win his title.

Davis currently has a knockout ratio of 92.6%. He has fought just 114 rounds since turning pro back in 2013 due to his tremendous punching power. He has impressive knockouts over Romero, Leo Santa Cruz, Ricardo Nunez, Jesus Cuellar, Hugo Ruiz, Jose Pedraza and Liam Walsh.

The 31-year-old Garcia carries around an impressive record on paper and also has pretty good power. He holds a knockout ratio of 62.5%. He has boxed just 91 rounds since turning pro in 2016, but had a fine amateur career.

Garcia measures 5’9″ tall with a 67-inch reach, which means he has a four-inch height advantage on Davis – although a minimal half-inch edge in reach.

Davis is a massive favorite at -1600, while Garcia comes in as an 8-to-1 underdog at +800. Since I think Tank will win, I see the value in this fight being in the over/under and in the round props.

I think Davis doesn’t just win, but that he again wins by knockout. With all that has been going on, I think Tank takes a little bit to get into this bout. Tank’s last 5 fights have lasted an average of 9.4 rounds. I see that and think that this bout goes over the 7.5 marker before Davis stops Garcia in rounds 7-12.

Both of these plays have value and I think that’s where my money is going.