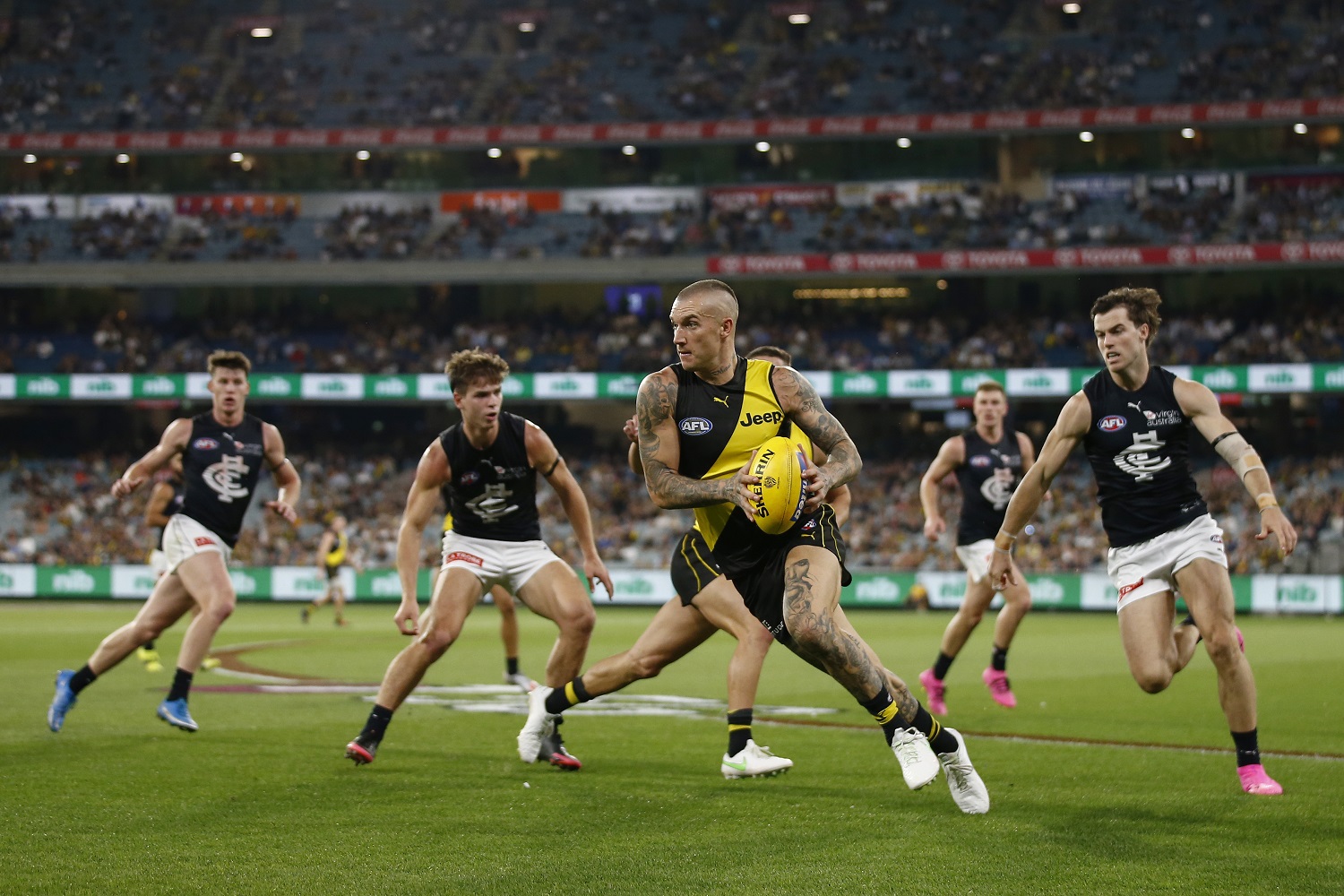 Round 13 of the 2021 Australian Football League (AFL) is set to play out this weekend with seven games expected to take place. As always, we bring you our best betting picks for all games right here!

Sydney were lucky to escape their home meeting with St Kilda last weekend with the Saints missing a number of good looks in front of goal late in the game. Regardless, it’s another win on the board for the young Swans who are now 8-4 on the season and have already surpassed the number of wins many expected them to achieve for the season.

Hawthorn have had a really tough season since their opener when they overcame a huge deficit to defeat the Bombers. Their only other win came against the Crows in Round 6 and as a result, they sit in second last on the ladder. On a positive note, the young Hawks have had a week off via the bye to make some necessary adjustments to their game style.

The Swans have been by far the better performing team this season and will be extremely confident of securing another win at home here before they head into the bye next weekend. With that said, the Hawks will have the fresher bodies and will be determined to start the second half of the season strongly, which we believe will see them cover the big spread this weekend.

North Melbourne were one of six clubs to have the bye in Round 12 and will be looking for a much better second half of the season. Prior to the bye they were losers against the Saints by 20 points, which was their 10th loss of the season against just one win, which is why they’re firmly glued to the bottom of the ladder.

GWS also had the bye last weekend and it came at the right time for them considering how poor they were in their last game against the Lions. Prior to that they recorded arguably their best win of the season when they toppled the Eagles by 16 points. The Giants enter Round 13 with a 5-6 record.

This certainly isn’t the sexiest fixture on this weekend and one that won’t draw too many neutral fans eyes. However, there looks to be a great bet by taking the total points to go over the current line of 160.5, which has been eclipsed in each of the Giants last four games and three of Kangaroos last four.

Melbourne continued their season with a thrilling come from behind win against a talented Lions outfit last weekend. The Demons defence in the second half was the difference as they were able to keep the opposition to just three goals, which has been a hallmark of their campaign to date. They enter Round 12 sitting pretty on the top of the ladder.

Collingwood rolled up their sleeves on the road against the Crows last weekend to record a gritty five-point win. The Magpies have been severely undermanned for most of the season, but have found some a couple of players for the future that will give their fans at least something to look hold onto in what’s been a trying campaign for the organisation.

Melbourne have been the far, far better team this season and are deserving of being the heavy favorites to win this matchup. In saying that, the bookies 31.5 handicap looks about right here, so we’ll be avoiding playing that market. Instead, we love the ‘unders’ in the total points, which looks around 10 points too high. Both teams play a defence-first style and rely on keeping the opposition to low scores to give themselves a chance of winning, which should see this play out as a bit of a slugfest.