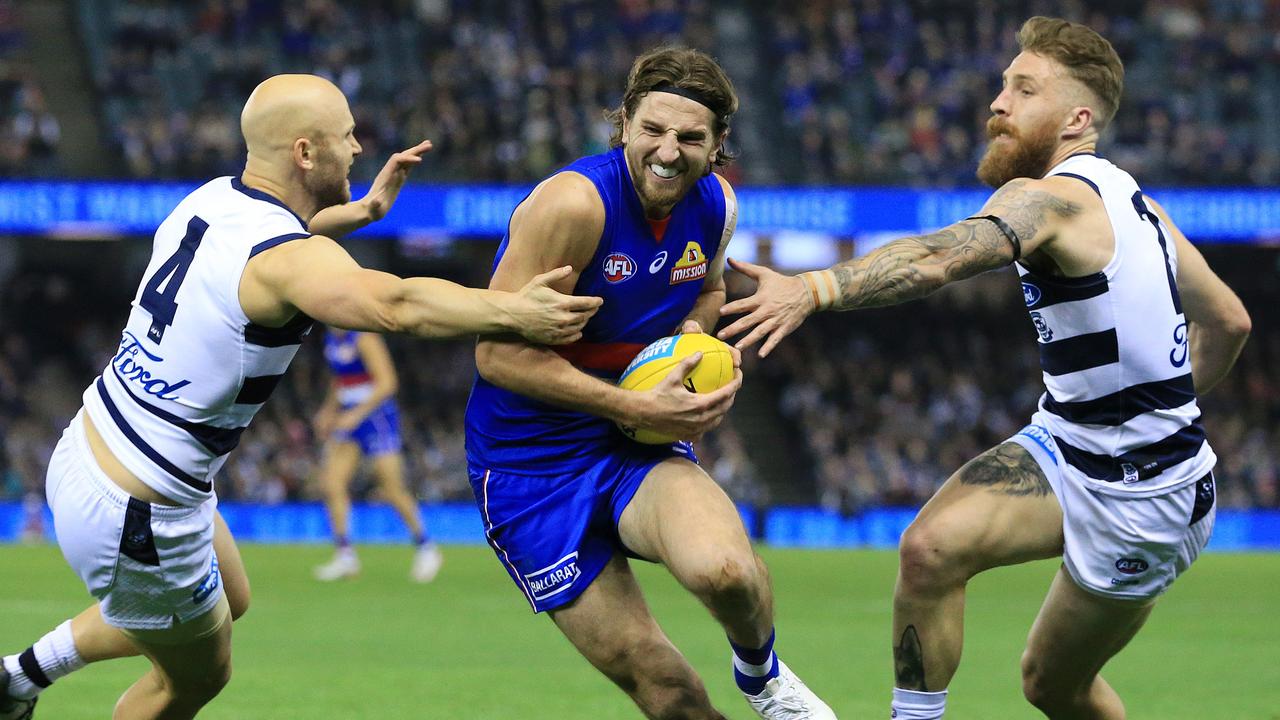 Round 14 of the AFL season marks the end of the bye affected rounds, so just five games will take place over the course of the weekend. As usual, we have a preview for some of the key matchups as well as our betting picks for every game below.

The Cats are arguably the form side of the competition at the moment, having won their last five games on the spin and seven of their last eight. They sit in 3rd place on the ladder but have an opportunity to draw level with the 2nd placed team in the Western Bulldogs when the two sides meet early on Friday morning (ET).

The Cats start as slight favorites her and it”s hard to look past their form at the moment. They were too good for the Port Adelaide Power in Round 13, securing a 21 point win on the road and they’ll be back at the sanctuary that is GMHBA Stadium in Geelong this Friday morning.

Geelong have won 13 of their last 14 games at GMHBA Stadium, and they have not lost to the Bulldogs down in Geelong since all the way back in 2003, a span that stretches nine games. Back the Cats to win this one and cover the 7.5 point spread.

Two teams who were disappointing in their last game will square off early on Saturday morning as the Giants host the Blues from 5.50am (ET). Carlton will be coming off the bye in Round 13, but were outplayed by West Coast the week before, losing by 22 points to slip to 14th place on the ladder.

The Giants weren’t much better in Round 13, as they played out the first draw of the 2021 AFL season with the bottom of the ladder North Melbourne Kangaroos. The Giants were heavily favored in the lead up, so to come away with only two points can only be seen as a disappointing result.

Really like the Giants to bounce back here against a battered Blues side. GWS have had injury issues throughout the early parts of the season but they have the majority of their star players back in the line-up now and should be desperate to win this one and keep in touch with the top eight.

The final game of Round 14 sees the Hawks hosting the Bombers down in Tasmania. The Hawks were fantastic in Round 13, defeating Sydney on Friday night by 38 points. They still sit in second last place on the ladder, but are now a full six points clear of the last placed North Melbourne, so will be confident in their chances of avoiding the wooden spoon.

The Bombers snapped their three game winning streak with a disappointing loss to the Tigers in Round 12. They will have the added benefit of an extra week off after having the bye in Round 13, so should come into this game extremely fresh.

The Bombers will be without key players Andrew McGrath and Dylan Shiel this week but the extra week of rest has allowed time for Devon Smith and Peter Wright to prove fitness, which should strengthen their side. Back the Bombers to win this one on the road.