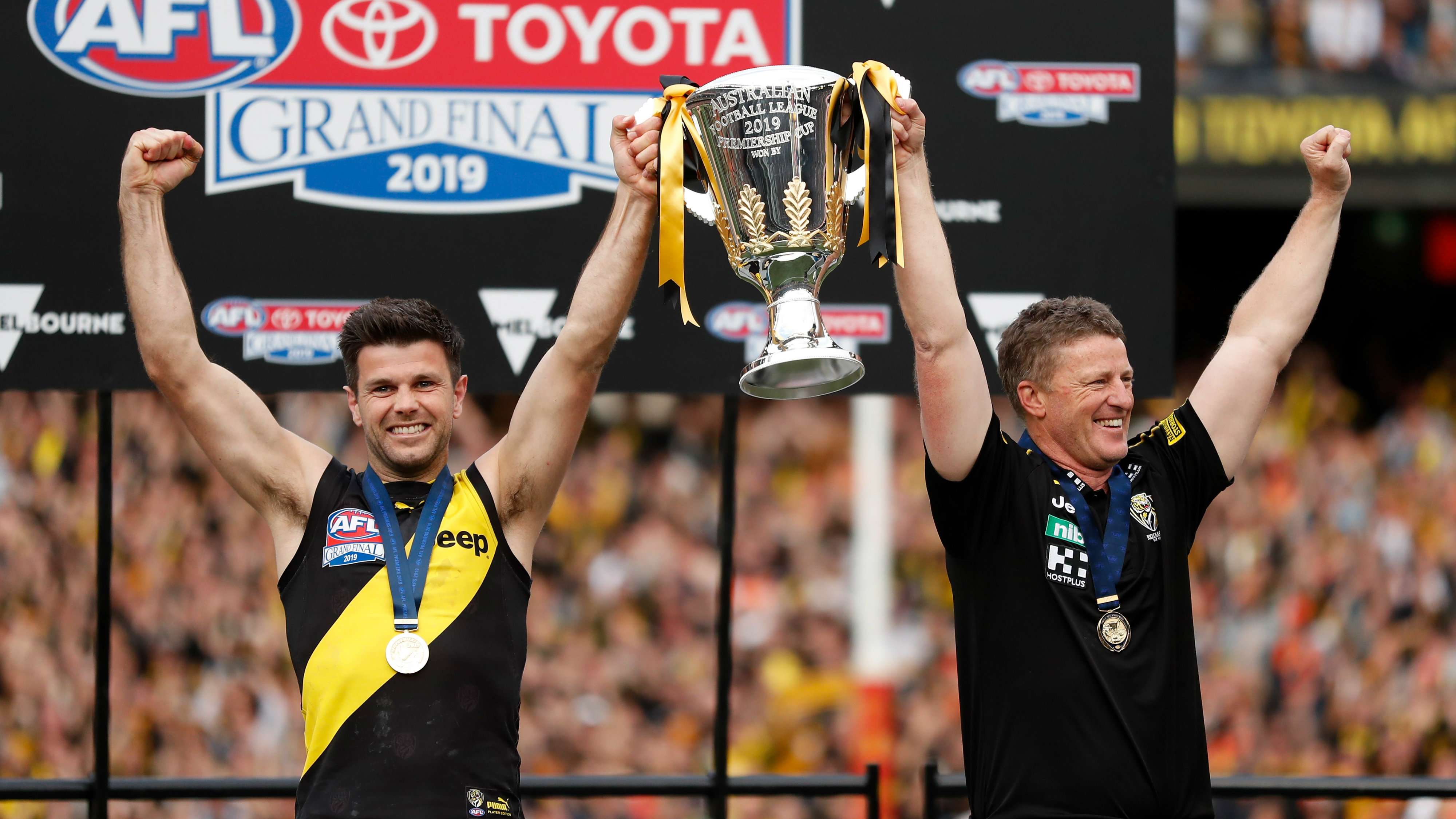 After a long and gruelling season of AFL, there are just two teams left with a chance to win it all. This weekend we’ll see Richmond and Geelong do battle in the 2020 AFL Grand Final!

As always, we bring you our best betting picks for the match, which you can find below. Good luck to everyone following us in the final match of the year!

Both Richmond and Geelong have navigated their way through the finals series in the same fashion. They lost their opening final’s, but were able to make good use of their second chance (via a top four regular season finish) to make it all the way to the Grand Final!

Richmond lost their first final to Brisbane at the Gabba, and whilst they were able to beat the saints in the following week, it certainly wasn’t the most convincing of victories. The Tigers got back to their brilliant best against Port Adelaide last weekend however, overcoming a team coming off a week’s rest and with a raucous crowd behind them. The Tigers are now in the Grand Final for the third time in four years after winning it all in 2017 and 2019.

Geelong lost their qualifying final clash against Port Adelaide but have come on very strongly in their two finals since. In the semi-finals they were far, far too good for Collingwood, and then in last weekend’s preliminary final they were too strong for the strongly-fancied Brisbane outfit. Geelong failed at the final hurdle (preliminary final) in four of their last seven seasons, but are now back in the Grand Final for the first time since their triumph in 2011.

Richmond have had the wood over Geelong in recent seasons, defeating them in five of their past six meetings, including a four-goal win over the Cats in the preliminary final in 2019. The Tigers also got the chocolates in their only meeting this season, so they’ve certainly had the upper hand. With that said, the Cats are playing better football right now than they ever have over the past seven or eight years. Despite that, we’ll be siding with Richmond again this weekend, as their game style is just made for the big stage. We expect it to be a close game, but for the Tigers pressure to get the better of the Cats late in the piece.

The Norm Smith Medal is awarded annually to the individual deemed by a panel of judges to be the best player on the ground in the Grand Final. It is just behind the Brownlow Medal as the most prestigious individual award a player can win during a season.

There are only a handful of Geelong players from their 2007-11 stretch (where they won three Grand Finals) that will feature this weekend and none of them have won a Norm Smith Medal. For Richmond, most of their players that will feature on Saturday have played in at least one of either their 2017 and 2019 premierships, where Dustin Martin won the Norm Smith Medal on both occasions.

At the end of the day, you can be as clever as you want when picking the potential Norm Smith medallist for this weekend, but if you’re with us in thinking the Tigers will win, then Dustin Martin is the clear play. He’s arguably the best performer in finals that we’ve seen in the modern era and has proven himself to be a match-winner on Grand Final day. Needless to say, he’s our pick for this award.