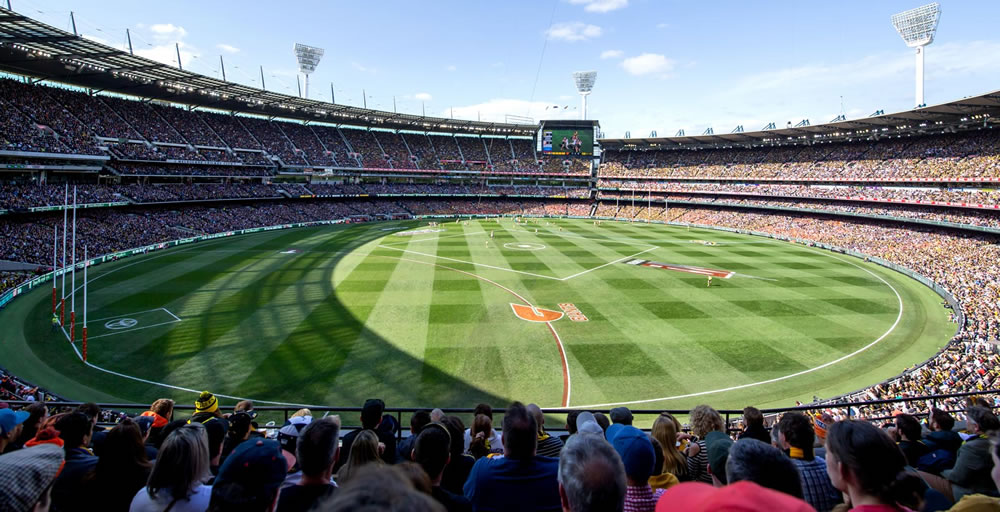 The 2021 Australian Football League (AFL) season kicks off this Thursday Australian time, and after a unique season like no other last year, hopes are high for a somewhat “normal” AFL season in 2021. Read on for our 2021 AFL season preview as we once again look to provide AFL picks for every round of the season.

Australia are in a fortunate position to have no real covid outbreaks, and the 2021 AFL schedule is locked in for a full season, spread at venues all around the country, and with live crowds in attendance. So there are plenty of footy fans who are more than excited to have their beloved game back for the new season.

There are a couple of new rules introduced this season which may have a significant impact. The main rule that has been debated heavily in the media is to do with the manning of the mark. The player on the mark can no longer move laterally, they must stay still, so a player taking a free kick will have more room and more opportunity to play on. This, in theory, should create faster flowing football and potentially higher scoring which is what the AFL want to see.

Fast football has been the mantra of the Richmond football club for many years and the reigning champions will be gunning for a three-peat  and their fourth premiership in five seasons in 2021. Their list is as strong as ever and it’s just a matter of whether some of their aging stars such as Dusty Martin, Trent Cotchin, Jack Riewoldt and Dylan Grimes can continue to perform at the required level. They are the team to beat, and it’s no wonder they are once again favorites for the title at -350 at Pointsbet.

There seems to really only be four other legitimate contenders. Geelong, West Coast, Port Adelaide and Brisbane are the teams looking to improve in 2021 and dethrone the Tigers at the top. West Coast will enjoy being back at home more this season, while Port Adelaide’s young stars are going to be even better in 2021. Brisbane have added an X-factor recruit in Joe Daniher, and if he can stay fit and firing, he could be the secret ingredient for them to go all the way. However I think the best bet of the contenders is with last year’s runners-up, Geelong. Superstar Gary Ablett has retired but they’ve recruited very well with Shaun Higgins a ready-made replacement and Jeremy Cameron set to take over in the forward line. The ruck position remains their only concern, but otherwise, they have all bases covered on paper. Perhaps this is the season they can deliver at +450 at Pointsbet.

The Bulldogs and the Saints should reach finals once again and they are the next best of the pack, while experts are predicting a fall from grace for Collingwood.

The others appear to be making up the numbers in 2021. Essendon perhaps offer the most potential at their price of +6600 at Pointsbet, and while a premiership is probably unrealistic, if they put it all together, they could threaten to reach finals.

At the bottom end, it looks like a battle between Adelaide and North Melbourne for the “wooden spoon” for finishing last on the ladder. The Kangaroos are decimated this season and seem most likely, but they do tend to punch above their weight, so you may find better value in the Crows.

Once again we’ll be bringing you our previews and betting picks for every round of the 2021 AFL season from our Australian-based content team. They’ve grown up with this crazy sport, so make sure you follow along!