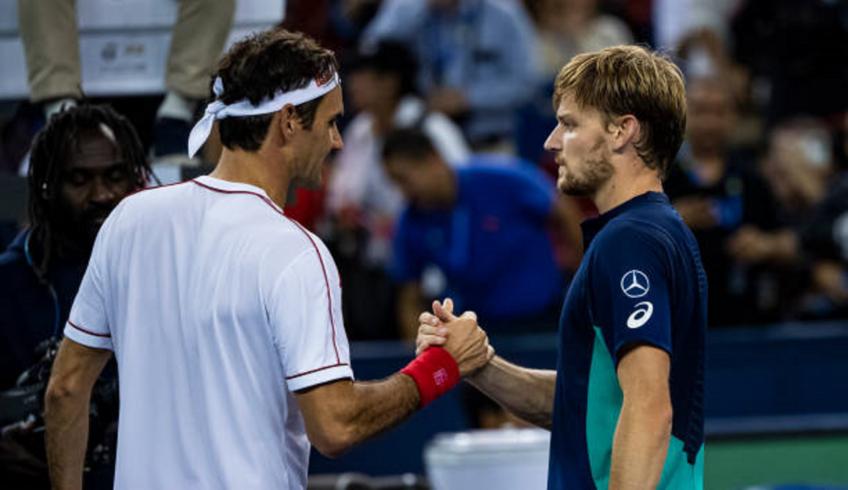 We brought you another winner with our ATP World Tour betting picks last weekend as Daniil Medvedev claimed the Shanghai Masters at +450 odds. He was simply too good for Sascha Zverev in the final to hand us some juicy profit once again in 2019.

We now turn our attention to this week’s ATP World Tour tournaments, which will be held in Stockholm (Sweden), Moscow (Russia), and Antwerp (Belguim). All three events are worth 250 ranking points for the winner and will help sure up the final few spots in the ATP championships later this year.

Let’s get stuck into our best title picks for all three ATP 250 tournaments this week and good luck to everyone that’s following us!

The first event we’ll look at is the Stockholm Open, which takes place in Stockholm, Sweden. It’s an ATP 250 tournament that will feature 28 men’s tennis players. The highest ranked is Italian Fabio Fognini who’s currently #12 in the world. Joining him is the #27 ranked Grigor Dimitrov, as well as youngster Denis Shapovalov and veteran Pablo Carreno Busta. For us, Carreno Busta represents the best value in the market. At +1100, there’s every chance he makes a deep run as he’s arguably the most consistent of all the top-end talent taking to the courts in Stockholm this week. You can get decent odds on him winning his quarter or making it to the final, but we’ll be playing his outright market that is certainly over the odds in our opinion.

Next up we look at the Kremlin Cup, which takes place in Moscow, Russia. Once again, this is an ATP 250 event that will have a field of 28 take to the courts. The highest ranked men’s player here this week is last weekend’s Shanghai Masters winner in Daniil Medvedev. The world #4 continued his fantastic form in the second half of the year and is undoubtedly in the best touch of anyone in the world at the moment. For this reason, we simply can’t look past him in this tournament. It’s a rather weak field compared to the one he played in last week and he’s also got the home crowd on his side this time out. He’s short odds to win, but you’d be a brave man betting against him on current form and we certainly won’t be doing that.

The other tournament on this week that has probably the strongest field of the three is the European Open, which will take place in Antwerp, Belgium. Just like the other two, this tournament is worth 250 ATP rankings points for the winner and will feature a field of 28 men. The highest ranked player here this week is France’s Gael Monfils who’s currently #11 in the world after a solid 2019 season. We’ll be avoiding him here however and will be taking the odds of home grown talent David Goffin. Belgium’s #1 is currently ranked 14th in the world, which is great considering the struggles he went through earlier in the season. He’s found some great form in the second half of the year and has only been knocked out of tournaments by Federer, Djokovic, or Medvedev in four of the last five he’s played. Neither of those three powerhouses will be suiting up this week, so we’re happy to have a crack at Goffin winning in front of his home support.