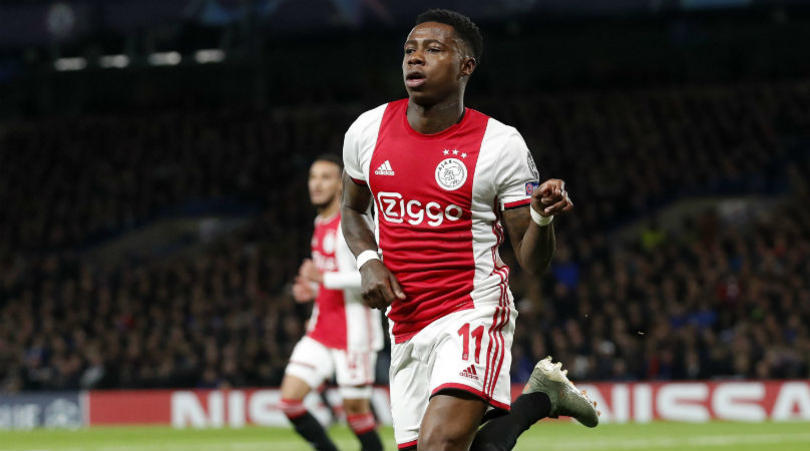 The final matchday of the UEFA Champions League group stage always tosses up some interesting results. With a bunch of teams still jockeying for places in the knockout stage, there is plenty on the line this week and we have a full preview and betting picks for some of the key matchups below including our LOCK of the week.

Massive matchup here between two Group H sides vying for a spot int eh knockout stage. Dutch side Ajax currenrly lead the group with 10 points through five games although Chelsea and Valencia sit right behind them with 8 points. Chelsea have the easy matchup against group minnow Lille at home, so a win is expected for the Blues there.

If Chelsea do indeed win that matchup, the winner of this game between Ajax and Valencia would advance through to the knockout stage alongside Chelsea. While a draw would get the job done for Ajax at home, the Spanish side Valencia need a win to put them through.

In our experience, these matchups where one side needs only a draw and the other desperately needs a win always go the same way. The first half is usually extremely defensive and often ends scoreless. As time begins to run out for Valencia, they will start to open their game-plan up a bit more in search for the goal, which in turn can create goals on the other side.

We expect there to be goals late in this game as Valencia chase a win or Ajax look to level if they are down. More goals in the second half looks to be a great bet.

Another good matchup here between two world class sides as Italian team Inter-Milan face off against Spanish juggernaut FC Barcelona. Barcelona won’t have much to play for here as they have already locked up top spot in Group F with one game to play. It’s likely that they’ll run out a second rate side here, so Inter have opened as strong favourites at home.

Milan desperately need a win here as they currently sit second in the group, tied with Borussia Dortmund with seven points. A win would almost certainly secure them a place in the knockout stage because they currently have a +4 goal difference over the German side.

A loss or a draw for Milan, however, would leave the door wide open for Dortmund to swoop in. Can’t envision the Itilian side losing with so much on the line here, but it might also be hard to stop the Catalonians from finding the back of the net as they should be playing a fairly free-flowing and attacking game with nothing to lose.

Pick: Inter-Milan to win + both teams to score (+185 at DraftKings)