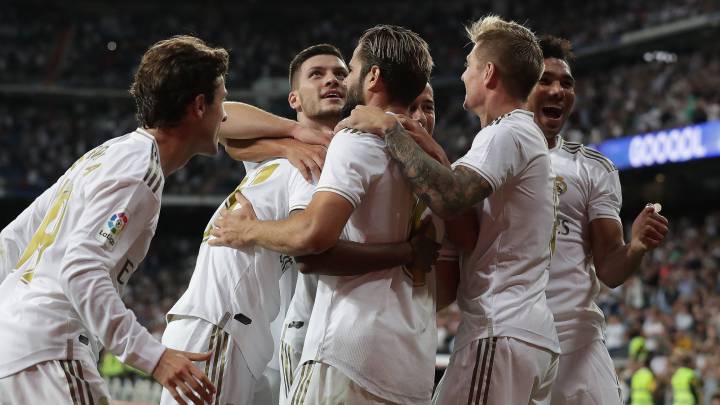 There will be action from all of Europe’s major soccer leagues this weekend, which as always makes for some great viewing. As always, we bring you our best betting picks from key matches from top leagues including the Spanish La Liga, the Italian Serie A,  German Bundesliga, and French Ligue 1.

An interesting match between two teams in contrasting form headlines our Serie A pick for this weekend. Sampdoria have been really poor this year, much worse than they were last year when they finished in ninth. They’ve conceded a league-worst 11 goals while kicking just three. Meanwhile, Inter Milan are in great form and made light work of rivals AC Milan  last weekend to win by two goals to nil. Inter Milan’s still have a perfect record in the league and will fancy their chances to keep that intact for a little while longer. Inter Milan’s defense has been fantastic, keeping four clean sheets from their five fixtures so far, and we expect that to continue this week. Happy to be one both teams not to score, with the most likely result being an Inter win to nil.

The French Ligue 1 heads into their eighth matchday this weekend in what’s been an interesting season so far. Headlining our picks will be the Bordeaux vs PSG fixture on Saturday. Bordeaux have been really solid so far and look a much better side than they were last season. Bordeaux scored just 34 goals in Ligue 1 last season but have already scored 12 in seven games this campaign. On the other hand, PSG suffered their second shock loss of the season last weekend when they fell 2-0 to Stade Reims. PSG won the possession stat 73% to 27% but only managed 12 shots to their opponents 13. PSG remain on top of the league with 15 points. Both teams have been able to find the back of the net with great success so far and we see no reason why that won’t continue here.

Last but not least we take a look at the match of the round from La Liga between Atletico Madrid and Real Madrid. Atletico Madrid won 2-0 last time out against RCD Mallorca, which catapulted them into third spot on the table with 13 points from six fixtures. Meanwhile, rivals Real Madrid are still unbeaten in the league and look to be back in top form. Last time out they beat Osasuna 2-0 in a straight-forward performance. Real Madrid are on top of the league with 14 points. Interestingly, four of the last five times these clubs have faced have gone under 2.5 goals, while two of those matches ended 0-0 draws. Atletico are notoriously hard to break down at home, so we’ll be taking this to go under 2.5 goals at good odds.