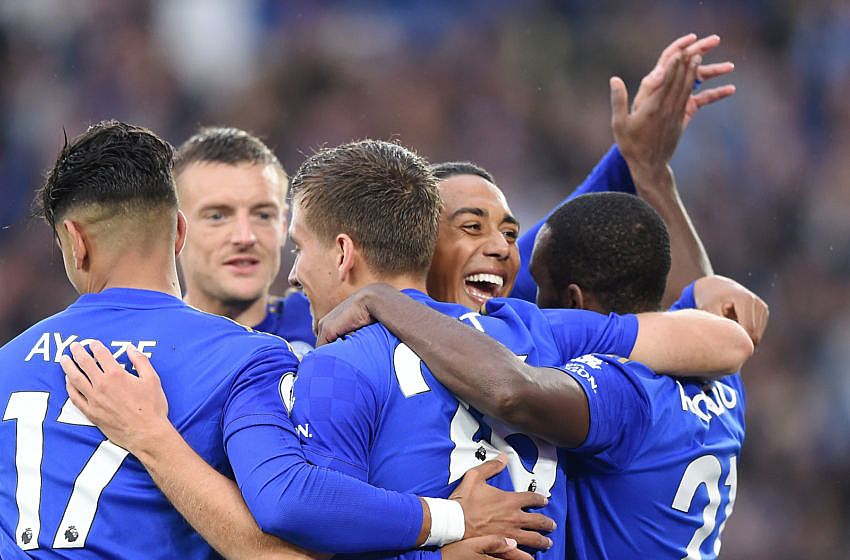 What a week it was for us last weekend, going 7-1-2 with our picks from the 10-game EPL slate in Matchday 7. Among those winners were juicy odds of +260 we got for our followers by picking the result in the final match of the round between Manchester United and Arsenal. As good as it was, we now move on and look to keep the ball rolling!

Matchday 8 of the 2019-20 English Premier League season has another full 10-game slate on offer, headlined by a huge Saturday morning fixture between Liverpool and Leicester City at Anfield.

We have a full preview and betting picks for the match of the round, as well as our best picks for all the other Matchday 8 fixtures taking place in the EPL this weekend, which you can find in the table below.

Liverpool vs Leicester City is clearly the match of the round in Matchday 8 and promises to be fantastic viewing for the neutral fan. Kick off will be at approximately 10am (ET) on Saturday morning from Anfield.

The Reds weren’t at their brilliant best against the Blades last time out, but they still managed to get the job done and keep their perfect EPL record in tact. They’re currently seven wins from seven fixtures and sit comfortably at the top of table, five points clear of rivals, Manchester City. Liverpool will play in the Champions League mid-week, so a few of their key players will be playing three matches in eight days, which is something to consider here. Nonetheless, Liverpool are one of the best clubs in world football and haven’t lost at home in the UCL or EPL since the 2016-17 season.

The Foxes look to be back to their dangerous best this season and put on a ruthless performance against Newcastle last time out. They won by five goals to nil at the King Power Stadium and returned to third spot on the league table. Leicester thoroughly deserve their high placing at the moment having lost just one of their seven fixtures thus far, which came against Manchester United a few weeks back. All in all, it’s been a fantastic start for Brendan Rogers men who will be looking to cause a major upset on Saturday morning.

This is certainly shaping as a must-see fixture for all fans of the world’s best league. Interestingly, Leicester have scored at least one goal in each of their last eight meetings against Liverpool – winning three of them. However, Liverpool have won three of their last four meetings and have had no trouble penetrating the Foxes defense. We see this being a high-scoring affair in which Liverpool narrowly come out on top in.

Pick: Liverpool to Win and Both Teams to Score (+180 DraftKings)