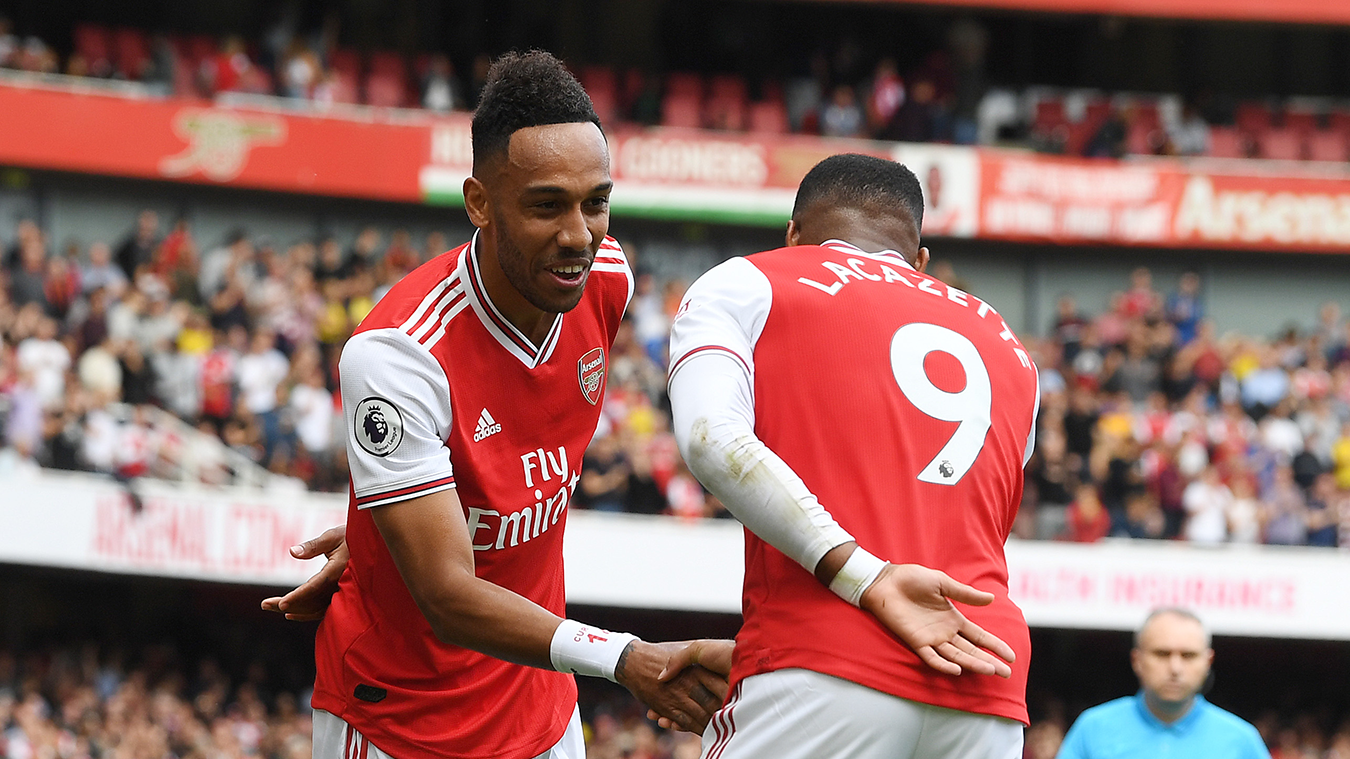 Great week in EPL betting for Total Sports Picks last weekend as we hit on Tottenham to secure at least a point against Manchester City in the game of the round at nice odds of +210.

The English Premier League continues this week with another monster game pitting the two remaining perfect teams in the competition in Liverpool and Arsenal against each-other! We have a full preview and betting picks for the game of the round below.

Liverpool and Arsenal are the only two teams in the EPL to have picked up wins in both of their first two games, but one or both of their perfect records will be on the line this weekend when they face off at Anfield.

Liverpool started the season in hot form with a fantastic 4-1 win over Norwich City in Week 1. Three different goal scorers found the back of the net and Norwich added an own goal in the win, which saw Liverpool maintain 58% possession and fire seven shots on target. Star striker Mohamed Salah opened his 2019-20 scoring account with a goal while Liverpool extended their unbeaten streak at home to a ridiculous 21 games in the Premier League.

The Reds were not as convincing in Week 2 as they travelled to Southampton for their first road game of the year. They managed a 2-1 win but allowed the Saints plenty of opportunities on the counter attack. Sadio Mane and Roberto Firmino found the back of the net to make it five different goal scorers on the season already for the Reds.

Liverpool start as heavy favourites at home, and considering they have not lost a Premier League match in over a year at Anfield, there’s no wonder why. The Reds are still without star midfielder Naby Keita through a pelvic injury but have plenty of cover in their deep roster at the moment.

Arsenal kicked off their season on the road against Newcastle and while they only captured a 1-0 win, they were pretty dominant against a relatively strong side away from home. They maintained 62% possession and fired off eight shots in the win, with striker Aubameyang finding the key goal in the 58th minute.

Arsenal were back at home in Week 2 and once again it was Aubameyang wh owas the difference in the game. Arsenal and Burnley looked destined for a draw, locked at 1-1 well into the second half before the Gabonese striker scored the winning goal in the 64th minute. Arsenal have played a heavily controlled game through the first two weeks as they maintained a whopping 68% possession against the Clarets.

It will be interesting to see whether they can maintain that sort of dominance in the centre of the ground against Liverpool, who have a much stronger midfield than the teams they have faced in the first two games. Granit Zhaka, Mesut Ozil and Hector Bellerin will all be out for the Gunners with injury.

While Liverpool have looked unbeatable at home over the past year, they have allowed a few teams to come away with a point. There is still so much unknown surrounding the early EPL season and we find it tough to justify Liverpool being as short as -195 to win against another big six club, even at home.

Arsenal have looked fantastic in the first few weeks and their controlling style of play in the midfield has us thinking that they could turn this into a slower game than Liverpool want. We love the value of the Arsenal double chance here.