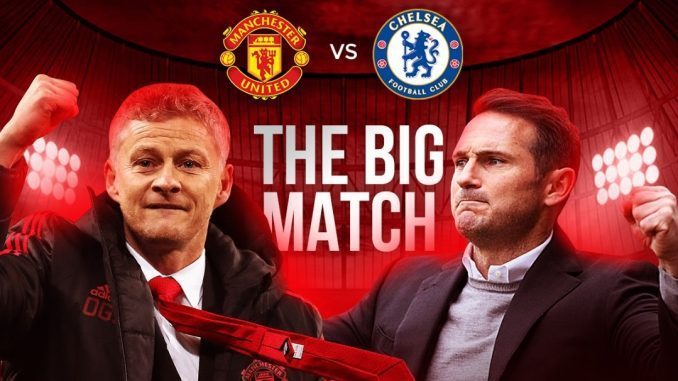 The English Premier League is back for the 2019-20 season and would couldn’t be any more excited. There are a bunch of fantastic fixture in the first weekend of action, which should make for some excellent viewing. We’ve already seen top title fancies in Liverpool and Manchester City record huge wins, and we’ve also seen some upsets that no-one saw coming.

While there’s a ton of great fixtures on this weekend, none are bigger than the last match of the round, which sees Manchester United host Chelsea at the famous Old Trafford. Here, we’ve given a short preview for the big match and provided our best bet. Check it out below and good luck to everyone following!

Huge game here between two of the biggest teams in English football. Manchester United come in after a very disappointing campaign where they finished in sixth, while Chelsea enter the new season off of a third placed finish last season.

The Red Devils come into this clash with a point to prove. Once the biggest and most successful team in Manchester, United must bounce back from a really disappointing season. The Jose Mourinho era certainly didn’t work, and while the Ole Gunnar Solsjaer era got off to a fantastic start, there’s still a lot to be desired. The Red Devils will be looking for a much better season than last, but time will tell whether they can deliver.

The Blues are also looking to improve this season, even if their third placed finish looks nice on paper. They’re perennial title contenders and were well out of the race just 10 games into the season last year. The Blues also lost superstar Eden Hazard over the break, which is a huge gap to fill in their attacking third. The Blues did make a couple of classy signings, namely American young gun Christian Pulisic, who will be looking to fill the Hazard void.

What a game we have on our hands in the first match day of the new EPL season. Two of the biggest heavyweights in English football will be going toe to toe at one of the most famous grounds in the world in Old Trafford. For us, we favour the Blues at such long odds. United finished last season in really poor form and there’s no reason to suggest that they’ll start this season on fire. We’ll be backing in the Blues to either win or draw this big fixture.