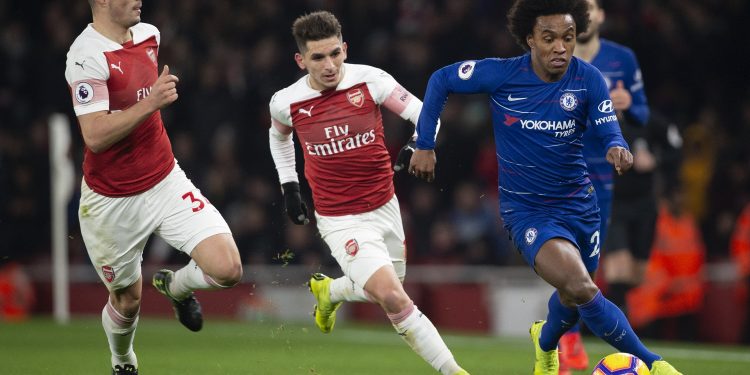 The first of two UEFA finals this week gets underway on Wednesday night (Eastern Time) with Chelsea and Arsenal doing battle in hope of being crowned the Europa league champion. It hasn’t been an ideal 2018-19 season for either club, but one of them can finish on a high and head into the off season some silverware. As always, we’ve provided our preview of the big match and have come up with our best pick to help you win some cash. Check it out below good luck to everyone following!

Two of the world’s biggest clubs with come together on Wednesday afternoon to do battle in hope of becoming the Europa League champions. Chelsea and Arsenal will travel from England to Baku, Azerbajian, where they will play in front of thousands of fans at Olympic Stadium.

The Blues had a poor campaign by their standards and were never really in the title chase from the outset. It was a campaign filled with injury blows and the ongoing Eden Hazard transfer rumours throughout, which really made it hard for them to build and momentum. Despite all this however, they managed to finish in third spot on the table and sew up a Champions League berth. Despite their lack of success in the league by their lofty standards, Chelsea have remained dominant in their pursuit of a Europa League title. They’re without a loss all campaign, although they come into this off of a very lucky semi-finals win where they prevailed in penalties against Eintracht Frankfurt.

Much like their opponents in Chelsea, Arsenal had a poor Premier League campaign where they got off to a slow start and eventually finished in fifth position. New manager Unai Emery was able to instil stretches of great performances in his new side, but it wasn’t enough as they eventually fell short of a Champions League berth. They can however, clinch that elusive Champions League berth if they’re victorious in the Europa League Final on Wednesday. Again, much like their opponents in Chelsea, Arsenal have enjoyed plenty of success in their Europe League run. Unlike their opponents however, Arsenal have suffered two defeats on their run to the final but come in off of a dominant win in the semifinal’s against Valencia (7-3 on aggregate).

It’s fair to say that both Arsenal and Chelsea would be disappointed with how their seasons went in the Premier League, finishing fifth and third, respectively. However, they would be delighted with the opportunity in front of them – to finish their 2018-19 campaigns with a piece of silverware that just about every team in Europe can only dream of. In saying that, we do have to pick a winner, and in this case we believe it will be Chelsea. They’ve built a reputation of performing in games of high importance, which we can’t really say about their opponents in Arsenal. Even with all the drama going on in the Blues locker room at the moment, we still have them being the better side on Wednesday.