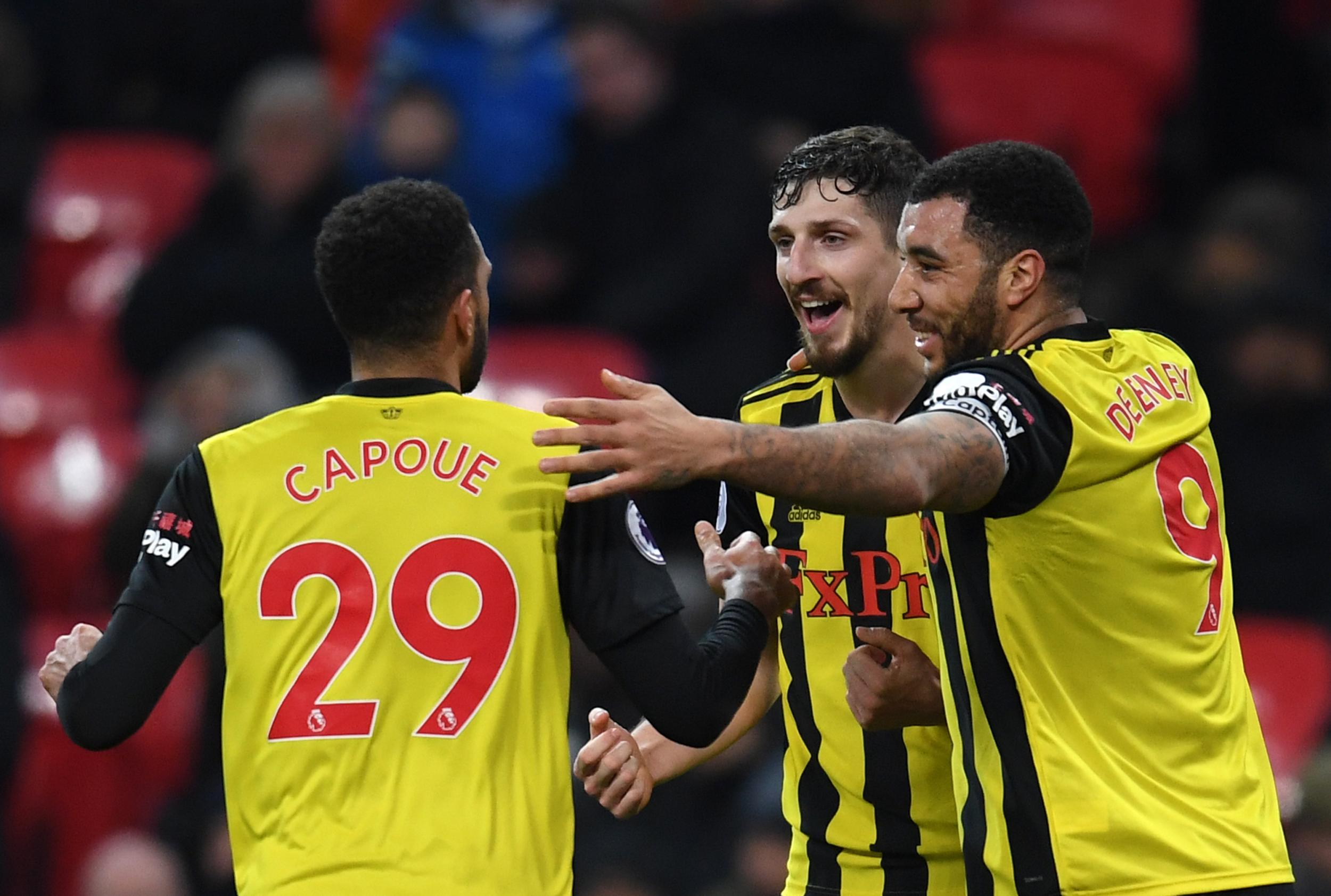 The 2018-19 English Premier League season is really starting to heat up with the title race as close as ever. As it stands, both Manchester City and Liverpool are tied on 62 points at the top of the table, while Tottenham are only five points behind them in third. With only 12-13 fixtures left in the season the stakes couldn’t be much higher as we approach Match Day 26. Here, we’ve provided our best pick for the round of action, as well as our best value parlay. As always, good luck to everyone following!

Our best pick from the vital EPL Match Day 26 comes from the mid-table duel between Watford and Everton at Vicarage Road. The first meeting between these teams this season ended in a 2-2 draw, with Watford coming from behind on the road to share the points thanks to two second half goals. This meeting came two months ago, meaning a lot has changed since them for both teams.

Here’s the important stats from their opening encounter:

Watford enter this clash with a draw in their last outing against Brighton and Hove on the road. The Hornets have found wins hard to come by of late, instead finding themselves sharing the points on most occasions (four draws in their last six). However, they’ve had a really tough schedule with four away fixtures in their last five and get to return home to host Everton here. The Hornets will be hoping they can get the win column ticking over again sooner rather than later to stay in touch with the big bunch in the mid-table.

Everton also come into this in some indifferent form. They’re coming off a mid-week loss at home to Manchester City where they never really looked likely. They’ve shot themselves in the foot over the past two months with seven losses from their last 10 games. The Toffees have also really struggled on the road this season, claiming the maximum points on just three occasions thus far.

See below the tight bunch in the middle of the standings.

Both teams haven’t been in winning form over the past month, however, Watford have been the better of the two and have multiple advantages in this match-up. They hold home ground, which has proven to be huge for them this season. They also have the fresher legs, thanks to Everton playing a gruelling mid-week match against Manchester City. For these reasons, as well as the way they performed in their away fixture against Everton, we feel that Watford are terrific value at home here.

There are plenty of games that represent value this weekend, meaning we have a great opportunity to produce a winning parlay. First up for the weekend we’re taking Manchester United (moneyline) to defeat a poor Fulham outfit in the first game of the round. Secondly, we’re going with Watford (draw no bet) for the reasons mentioned above – we’ve gone with Draw No Bet for the parlay for a bit more insurance. Thirdly, picked Liverpool (moneyline) to get back on the winners list when they host Bournemouth at home. We’re then finishing our five-leg parlay with Tottenham and Manchester City (both moneyline) to win on their home deck against Leicester and Chelsea, respectively.