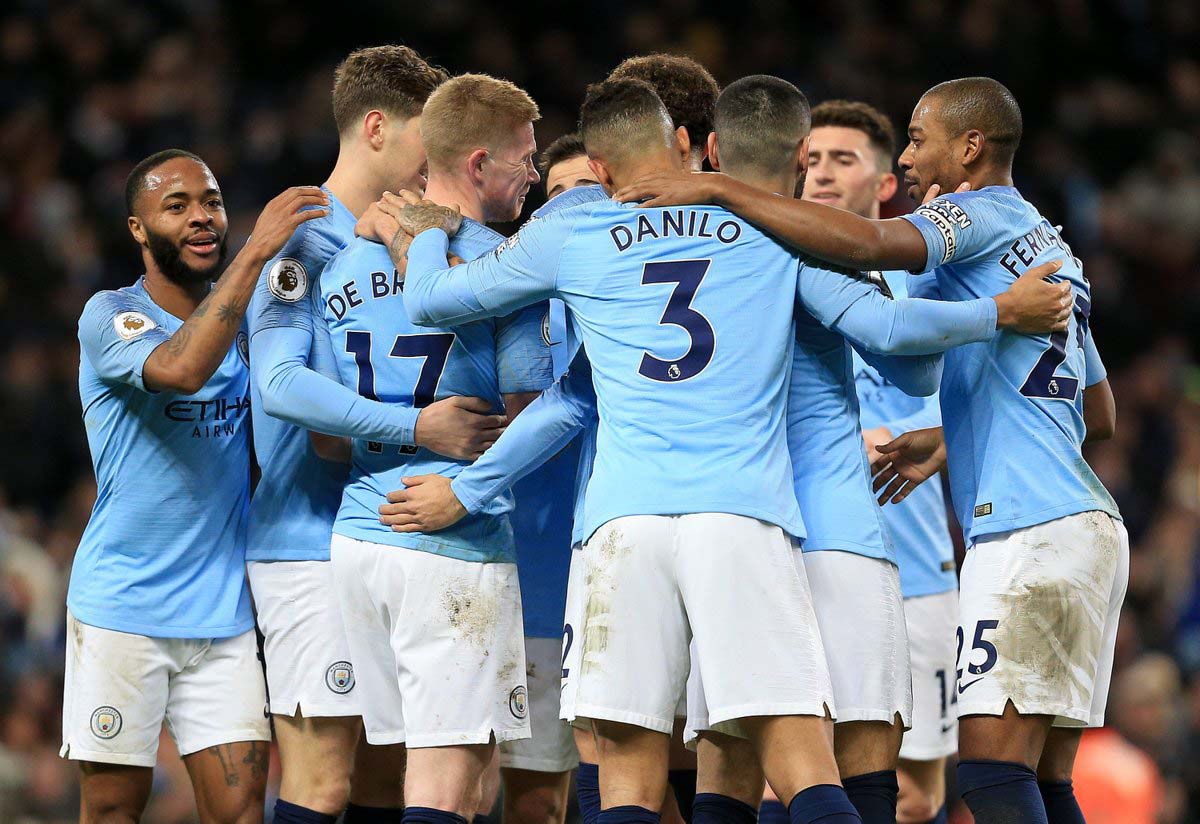 There were some crazy results in the English Premier League overnight with 27 goals scored across the eight matches. League leaders Liverpool were able to overcome a scare from Crystal Palace with a 4-3 win, whilse Diogo Jota scored a hattrick with his final goal coming in the 93rd minute in the Wolves 4-3 victory against Leicester. We now shift our focus to the Sunday slate and provide out best bet from the weekend. Good luck to everyone following!

There are two games on Sunday morning in the EPL that we believe make up strong value in a two-piece parlay. The first is Huddersfield Town vs Manchester City, while the second feature Fulham vs Tottenham Hotspur.

The first leg of our multi has Huddersfield town hosting Manchester City at John Smith’s Stadium. This is the second and final league meeting for these teams this season. This first was played at Etihad Stadium, with Manchester City winning that by a whopping six goals to one.

Huddersfield have a tall order here of holding down the defending champs. They’re desperate for results at the moment as they’ve managed to claim just 11 points through their first 22 games in the league. They’re currently dead last in the standings and are 1o points inside the drop zone. If things don’t change sooner rather than later they can surely kiss their Premier League stint goodbye.

Manchester City have found their best form in recent weeks and have now won three on the spin. One of those wins of course came against league leaders Liverpool, which keeps them right in the title race. They’re currently seven points behind the Reds, but a win here would bring it back to four with plenty of games to come.

The second leg of our multi will involve Fulham hosting Tottenham Hotspur at Craven Cottage. Again, this will be the second and final meeting between these teams this season. The first contest ended in a comfortable 3-1 win for Tottenham at Wembley Stadium in August.

Fulham are in nearly an identical spot as Huddersfield, finding themselves deep inside the relegation battle. They’ve managed just three wins from 22 games this season and are currently in 19th spot on the ladder and are seven points inside the drop zone. This game and the few following are vital for their ability to stay in the top flight.

Tottenham have enjoyed yet another brilliant season in the Premier League, although like always they’re just not quite in the title race. They’re currently in third spot and 12 point behind the leaders, but have a few injuries to key players that could prove to be the end of them. Their focus moving forward will be to continue to beat the weaker sides to make sure they’re in a Champions League spot come seasons end.

As you can see, there’s two lopsided games set to take place in the early hours of Sunday. Both Manchester City and Tottenham should be far too strong for Huddersfield and Fulham, respectively. Both enjoyed big wins over their opponents in the reverse fixture earlier in the season, and both will be expecting to make it two from two win another big win on Sunday. We believe near even odds for this two team parlay represents excellent value.