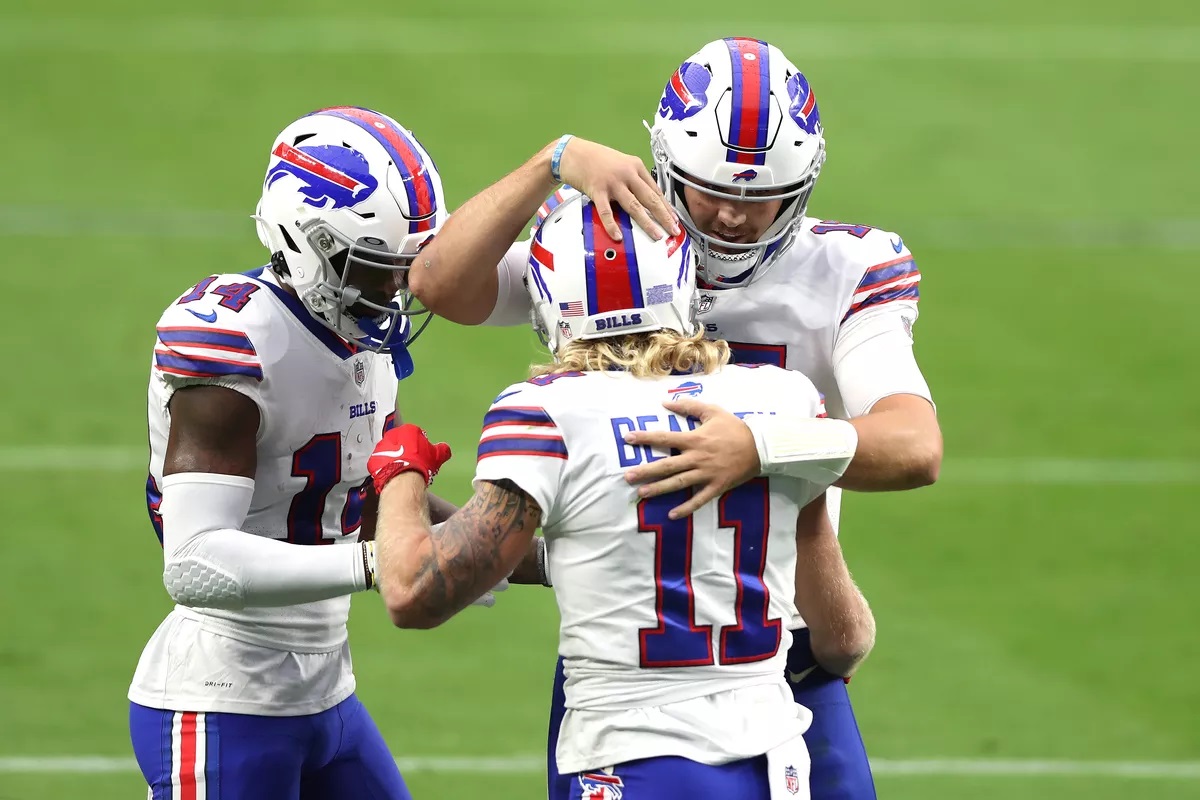 Week 5 of the NFL season will extend into Tuesday night this week with the postponed Bills and Titans game set to take place from Tennessee at 7.00pm. As usual, we have you covered with a full preview and betting picks for the Tuesday night clash below.

The Bills have started the season in hot form and after four weeks, they are one of the few remaining undefeated teams in the National Football League alongside Pittsburgh, Green Bay, Seattle and their opponents on Tuesday night, the Titans.

The Bills relied on their defense to help them record 10 wins for the first time since 1999 last season but their offense has been much improved this season. Through four games, they average  30.8 points per game, good for the fifth most in the league. Starting quarterback Josh Allen has been in MVP calibre form, racking up 331.5 passing yards per game and a 12-1 Touchdown-Interception ratio.

The Titans have had an extremely disjointed season to date, having their Week 4 game against the Steelers postponed before having this game against the Bills pushed back to Tuesday due to positive COVID-19 tests. They haven’t played a game since their one point win over teh Vikings all the way back on the 28th of September, so they will certainly come into this game well rested.

The Titans have overcome the Broncos, Jaguars and Vikings in the opening three weeks but they’ll get their toughest test of the season so far against the 4-0 Bills. The Tuesday night clash will begin a tough three week stretch that is followed up with games against the Texans and Steelers.

Like the look of the over here. Last season, we couldn’t imagine that a total between these two sides would be anywhere near 53.5, but both teams seem to be playing more offense this season and less defense. The four Bills games this season have a total average of 55.75 points while the Titans last two games have both cleared the 60 point mark.