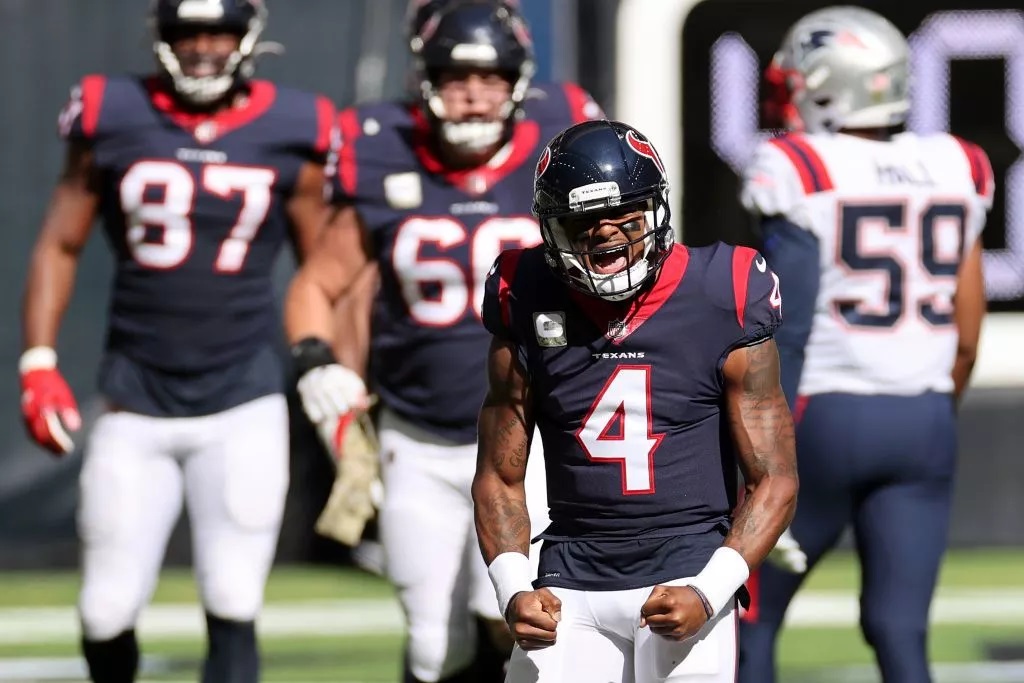 It was supposed to be a three game slate for Thanksgiving this Thursday, however, due to the postponement of the Steelers-Ravens game, the slate has been cut to just two games, getting underway at 12.30pm.

As usual, we have you covered with a full preview and betting tips for both Thanksgiving Day games below.

Two teams that have struggled throughout the 2020-21 season so far will both get a chance for a win on Thanksgiving day as the Texans and Lions do battle from 12.30pm. Houston are coming off a great win over the Patriots in Week 11, keeping the Pats to just 20 points as they moved to 3-7 on the season.

The Lions are 4-6 on the year so far and became just the second team to be shut out this season last week, as they went down 20-0 to the Panthers away from home. They will be back at home this week under the roof at Ford Field, where it should be pretty conducive to scoring.

The over has hit in four of the five Texans road games this season while the over is 4-0 when Detroit has played under the roof at Ford Field this season. Before their shutout loss to the Panthers in Week 11, the Lions previous three games resulted in 57, 54 and 62 points. Back the over here.

What an absolute dumspter fire the NFC East has been so far this season. The Eagles currently sit atop the division with a 3-6-1 record. Yes, you read that correctly. The three trailing teams in the Giants, Washington and Cowboys all have 7-3 records, which means this Thanksgiving clash is super important.

The Eagles have an incredibly tough run home and likely won’t win for the next four weeks, so this division is up for grabs. The Cowboys are coming off a fantastic win over the Vikings in Week 11, snapping a four game losing streak that included a 22 point loss to Washington back in Week 8.

The Cowboys start as slight 3 point favourites at home but we find this one pretty tough to call. Like the look of the under here as both teams sit in the bottom half of the league for points scored per game and total offence. The under has also hit in four of the last five Dallas games.