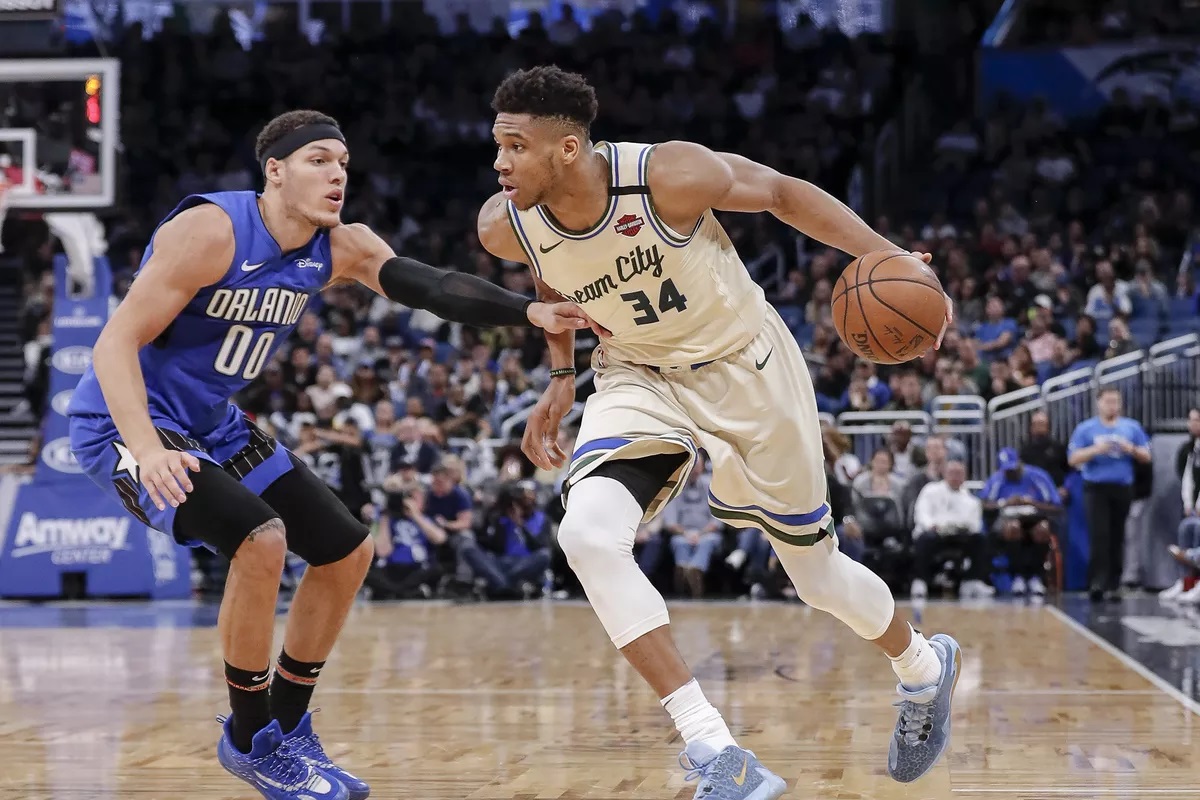 The Bucks finished atop the Eastern Conference standings for the second straight season, resulting in a first round date with the Orlando Magic!

The Bucks finished the regular season with a league best 56-17 record. It will be the second straight year that they will enter the playoffs with the best record in the Eastern Conference and after a disappointing exit at the hands of the Raptors in the Conference Finals last season, they’ll be desperate to go one step further in Orlando.

The Bucks offence was one of the most efficient in NBA history this season, averaging the most points per game of any team and topping the league in effective field goal percentage.

How could it be anyone else? The reining and set to be back to back MVP has the Bucks title hopes resting squarely on his shoulders this season. Toronto devised a plan to stem Giannis’ influence in the Conference Finals last season and you can bet they’ll be employing the same tactic if the two teams meet again. Can Giannis overcome the East?

The Magic will enter the playoffs as the eighth seed in the Eastern Conference and to advance through the first round, they’ll need to cause one of the biggest upsets in NBA history. The Magic went on stretches throughout the season, but were pretty ordinary when the season restarted, losing five games on the spin to fall to the eighth seed.

The Magic suffered a blow in the restart with swing-man Jonathan Isaac going own with a season ending knee injury. Isaac was just starting to find his groove in his third season in the league and was becoming an integral part of the Magic line-up. There were also some concerns over the health of Terrance Ross after he lef the bubble, but has since returned and looks likely to play.

With no Isaac for the remainder of the season, all of the responsibility on the wings for Orlando will fall on the shoulders of Aaron Gordon. He’ll have the tough task of guarding Giannis along with Michael Carter-Williams. If Orlando have any chance, Gordon has to be massive.

Can’t see the Magic causing too many problems for the Bucks here, especially with two of their better players in Ross and Isaac out. Like last season, the first round should be a bit of a formality for the Bucks. Back them to win this one 4-1 or better.

The Bucks open as massive 11.5 point favourites for the opening game. We fully expect them to win this one, but 11.5 is a pretty hefty spread for a playoff game. Back the Magic to cover here. Magic +11.5 (-110 at DraftKings) ✅

What an absolutely inspired performance it was by the Magic in Game 1 as they defeated the Bucks by 12 points to take a 1-0 advantage in the series. If you can count on one thing, it’s that the Bucks will be fired up in Game 2 and unbelievably, the line has firmed in THEIR favour for this game to 12.5. The Magic will likely get Michael Carter-Williams AND Aaron Gordon back for this clash but we aren’t keen to back them to repeat their performance. One thing that does look certain in this series is high scoring games. Back the over here. Over 227.5 Total Points (-110 at DraftKings) ❌

The Bucks laid the smack-down in Game 2, asserting their dominance over the Magic after the shock defeat in the first game of the series. The Bucks weren’t messing around as they put up 111 points on the back of a 28-20 game from Giannis Antetokounmpo. This series should be all but over now as the Bucks looked locked in defensively. Back them to keep the Magic under 100 again. Under 225.5 Total Points (-110 at DraftKings) ❌

It was a bad beat in Game 3 between the Magic and Bucks as we picked the under on 225.5 only for the game to finish with 228 total points on the back of a late flurry by the Bucks. The Bucks defense has really kicked in over the last two games and they now seem to have complete control of this series. Back them to cover the large Game 4 line. Bucks -13.5 (-110 at DraftKings) ✅

After a shock loss in Game 1 of the series, the Bucks are now in complete control, having won the last three games by an average margin of 14.66 points. They start as 14.5 point favourites for Game 5, which is right on the mark. One thing that has been prevalent in the last two games, however, has been high scores. Back another over here. Over 227.5 (-110 at DraftKings) ❌