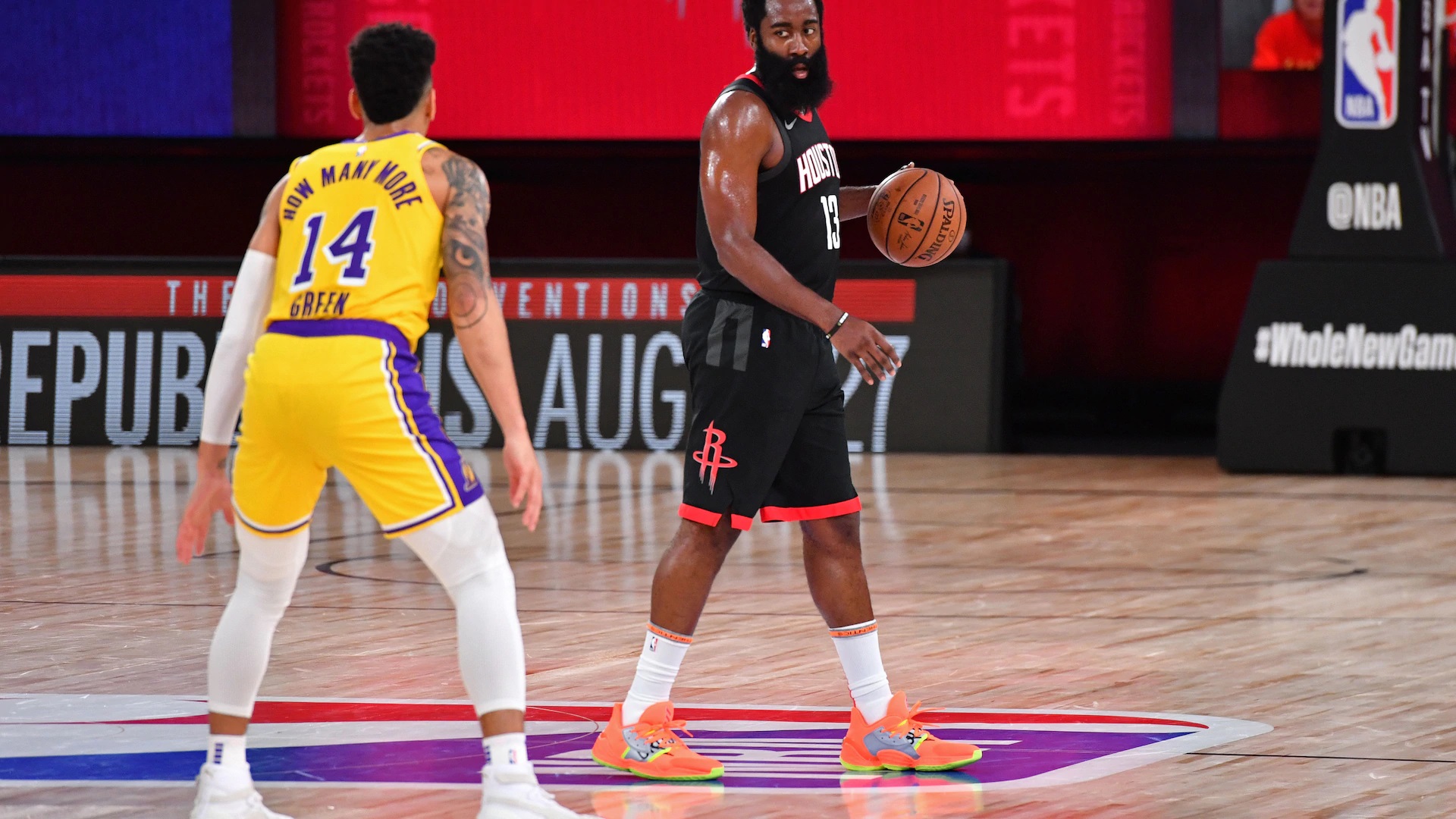 The Lakers firmed as favorites for the NBA Championship after winning four straight games against the Blazers to wrap up their first round series. They will square off against the Houston Rockets, who won in seven games over OKC, with the series set to start on Friday, the 4th of September.

The Lakers will have the added advantage of having extra rest here after wrapping up their first round series against the Blazers in just five games. They looked a little shaky in Game 1, going down by seven points as they struggled to stem the output of Damian Lillard, who scored 34 points. In the following three games, however, they held Lillard to just 21.0 points per game, before the star point guard missed Game 5 through injury.

They managed to find a way to lock up Lillard, and defense at the guard position will once again be the focal point for the Lakers in this series. The Rockets have no big players who will hurt you, but they have a bunch of dynamic guards so the likes of Danny Green, Kentavious Caldwell-Pope, Alex Caruso and the returning Rajon Rondo will be paramount.

Anthony Davis needs to do two things to ensure that the Lakers win this series and advance to the Conference Finals. No.1, he needs to find a role on defense and make sure he can stick with the smaller Houston line-up on the perimeter. No.2 he has to dominate on offense, it’s just an absolutely necessity when he will likely have no one over 6’7 guarding him for the entire series.

In Davis’ first matchup against the small ball Rockets this season back in February, he went off for 32 points and 13 rebounds. Needs to replicate that nightly.

The Rockets played out an absolutely thrilling series with the Thunder which went to the final seconds of Game 7. They came out victorious and their prize? A date with the 1st seed Lakers. Houston won 2/3 games against the Lakers through the regular season, but have a really tough challenge ahead of them here as they try to corral what is a massive Lakers line-up with their own small ball style.

All of Houston’s talent is with their smaller players, while the Lakers are a complete contrast with their talent lying in their forwards. How will the two teams stack up? Can the Rockets find a way to stop Anthony Davis? That is priority number one if they want to remain competitive in this series.

You can look at it any way you want, but the key to the Rockets success in this series is James Harden. He has to take advantage of the lack of Lakers defensive guards here. Averaged 31.8 points per game through the opening six games of the OKC series but his Game 7 woes continued , scoring just 17 points on 4/15 shooting.

There’s just no way that the Rockets can possibly stop Anthony Davis from winning this series. Even if their three ball get’s incredibly hot, it’s probably only good for one or two wins. The Lakers will win this series, it’s just a matter of how many games it takes them. Personally, we think they get it done pretty comfortably, potentially giving up just one game.

There’s no doubt they win game one with the extra week of rest and the Rockets coming off a grueling seven game series. There is some good value in the Lakers Game 1/Series double.

Can’t see a way in which the Lakers lose Game 1 with all the extra rest and the Rockets coming off just a one day break after Game 7 against the Thunder. The Lakers start as 4.5 point favorites here, which is just not enough.

The Rockets stunned the league in Game 1 with a massive upset win as James Harden dropped 36 points. The Lakers need more from Anthony Davis and he HAS to respond here and we expect him to in a big way. Back his point overs if they are anything below 32.

As expected, Anthony Davis was big in Game 3, racking up 34 points and 10 rebounds as the Lakers bounced back to level the series at one game apiece. The Lakers asserted their dominance in the height department with 54 of their 117 points coming in the paint. Paint points are much more of a surety then the three ball which the Rockets rely on so much. Have to like the chances of the Lakers continuing their momentum here.

The Lakers captured a good win in Game 3 to take a 2-1 lead in the series. LeBron James came to the party with a monster game and should be hard to stop moving forward if he takes that approach in the remainder of the series. The Lakers start as 5 point favourites in Game 4 and we like them at that line, they seem to have figured out that they have a massive size advantage with Davis and James and are abusing it at every opportunity.

Another game in the LA-Houston series, another correct betting pick to take it to 3-1 in the series. The Lakers can move on to the conference finals with a win in Game 5 and we think they do. They seem to have a stranglehold on this series, with the Rockets having absolutely no answer for the size and strength of Anthony Davis.