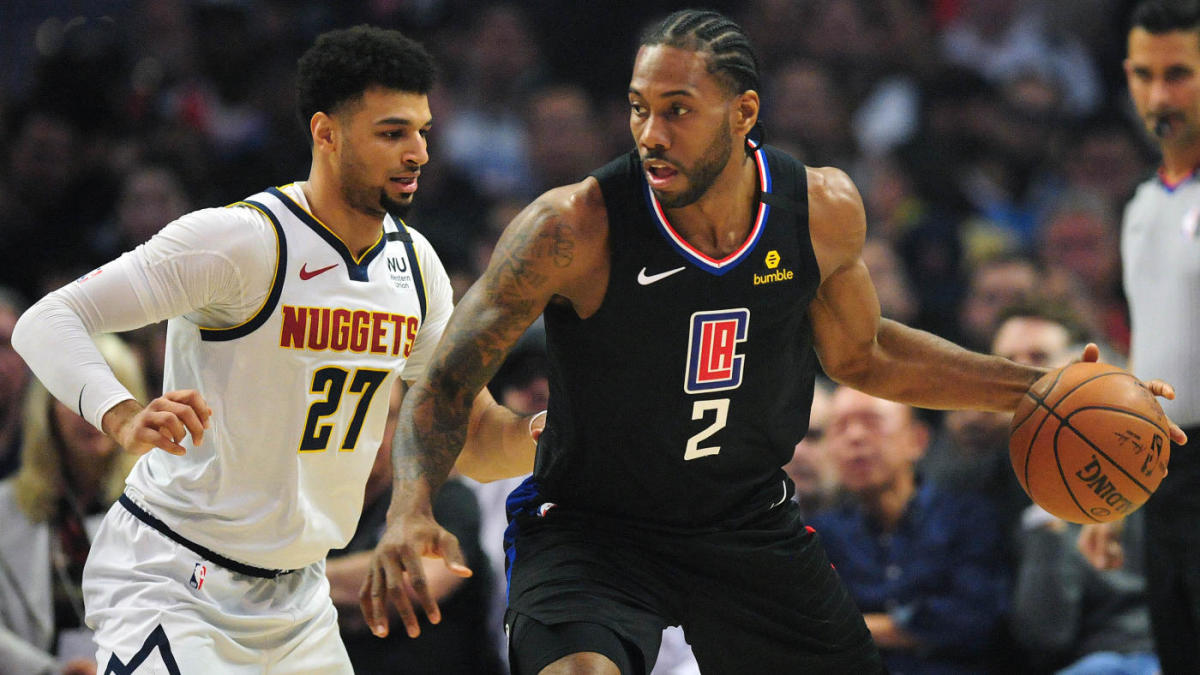 After some shaky periods in the first round, both the Clippers and Nuggets have advanced and will face each other in Round 2 of the NBA Western Conference playoffs, with the action set to get underway on Thursday, the 3rd of September.

The Clippers looked vulnerable at times against the dynamic offense of the DAllas Mavericks, led by Luka Doncic. If not for some injury problems to Dallas stars Doncic and Kristaps Porzingus, the series might have been more competitive, however, after the series was tied at 2-2, the Clips were able to rally and win the next two games.

Kawhi Leonard was dominant throughout the first round, averaging a monster 32.8 points, 10.2 rebounds and 5.2 assists through the six game series. He won’t have as much to do on defense in this series, but he’ll still need to be the focal point on offense if the Clips are to advance to the Conference Finals, especially if Paul George’s shooting woes continue.

You know what you are going to get from Kawhi Leonard night in night out. 30+ points on effective shooting numbers and arguably the best perimeter defense in the league. What is less of a known quantity at the moment is Paul George’s output.

George averaged just over 18 points in the first round, and while he did have a big Game 5 with 35 points, it was one of just two times in the series that he managed more than 20 points. Needs to be more consistent on offense, especially since his defensive role won’t be as prominent.

The Nuggets overcame a 3-1 deficit to defeat the Utah Jazz in 7 games on the back of a historic playoff performance from Jamal Murray. The Nuggets point guard had 50, 42 and 50 in games 4, 5 and 6 and averaged 31.6 points for the series.

It was big man Nikola Jokic who got the job done in Game 7, however, putting up 30 points and 14 rebounds as the Nuggets claimed a two point win to advance. The Nuggets won just 1/3 games against the Clippers through the regular season, although in their most recent loss, which came in the bubble, they were without some key players.

While it was Murray who dominated the first round series against the Jazz, the Nuggets will turn to their perennial all-star Nikola Jokic to lead them in this series.

Murray will have his hands full with the likes of Patrick Beverley and Kawhi Leonard guarding him, but one area of the floor where the Nuggets will have a big mismatch is at the center position. Jokic will need to feast on the likes of Ivaca Zubac, Marcus Morris and Montrezl Harrell if Denver are to be competitive in this series.

The Clippers might be outmatched at the centre position, but that’s about the only problem we can see Denver causing them in this series. They have the added advantage of extra rest from finishing their series against Dallas early and will be fired up and ready to go in Game 1.

The Clippers have so many options to stem the flow of Jamal Murray, primarily Patrick Beverley and Kawhi Leonard, and it’s hard to see the Nuggets having enough offensive options without him to stay competitive. We think the Clippers absolutely roll in this series, potentially recording a sweep or a five game win.

The Clippers start as 8.5 point favourites here and on the back of a gruelling seven game series and just one days rest, we think they win this one easily. The Nuggets might be more competitive down the line but fatigue should have the better of them here.

As expected, the Clippers absolutely dominated Game 1, winning by 23 points and covering the spread easily. They are just too good for the Nuggets, who are already completely spent after their gruelling seven game series. Back them to keep rolling here and get another easy dub.

The Nuggets bounced back in Game 2 to level the series at 1-1. The Clippers have struggled to string consecutive games together and have gotten over-confident at times which has resulted in their downfall. They are a much better team than the Nuggets when they are firing and we expect them to bounce back here.

As expected, the Clippers got the win in Game 3 but the 8.5 point line proved to be a little too much. We think they continue to roll in Game 4, as the Nuggets looked to have spent everything they had in the Game 2 win. However, 8 points is a pretty hefty line once again. Instead, look for the under in what has been a pretty low scoring series, particularly in the last two games.

The Clippers took a 3-1 lead in the series with a convincing win in Game 4 and now have a chance to wrap up the series on Friday night. They start as 8 point favourites but once again that is a little too high for our liking. Love the value of Lou Williams to outscore Michael Porter Jr. who hasn’t had a great series to date, averaging just 12.3 points per game.

The Nuggets have trailed 3-1 in both of their series so far and in both, they have fought to force a Game 7. Can they pull off the impossible again? So hard to split these two teams and given the Nuggets resurgence, we think the 7.5 point line is a little too high here.