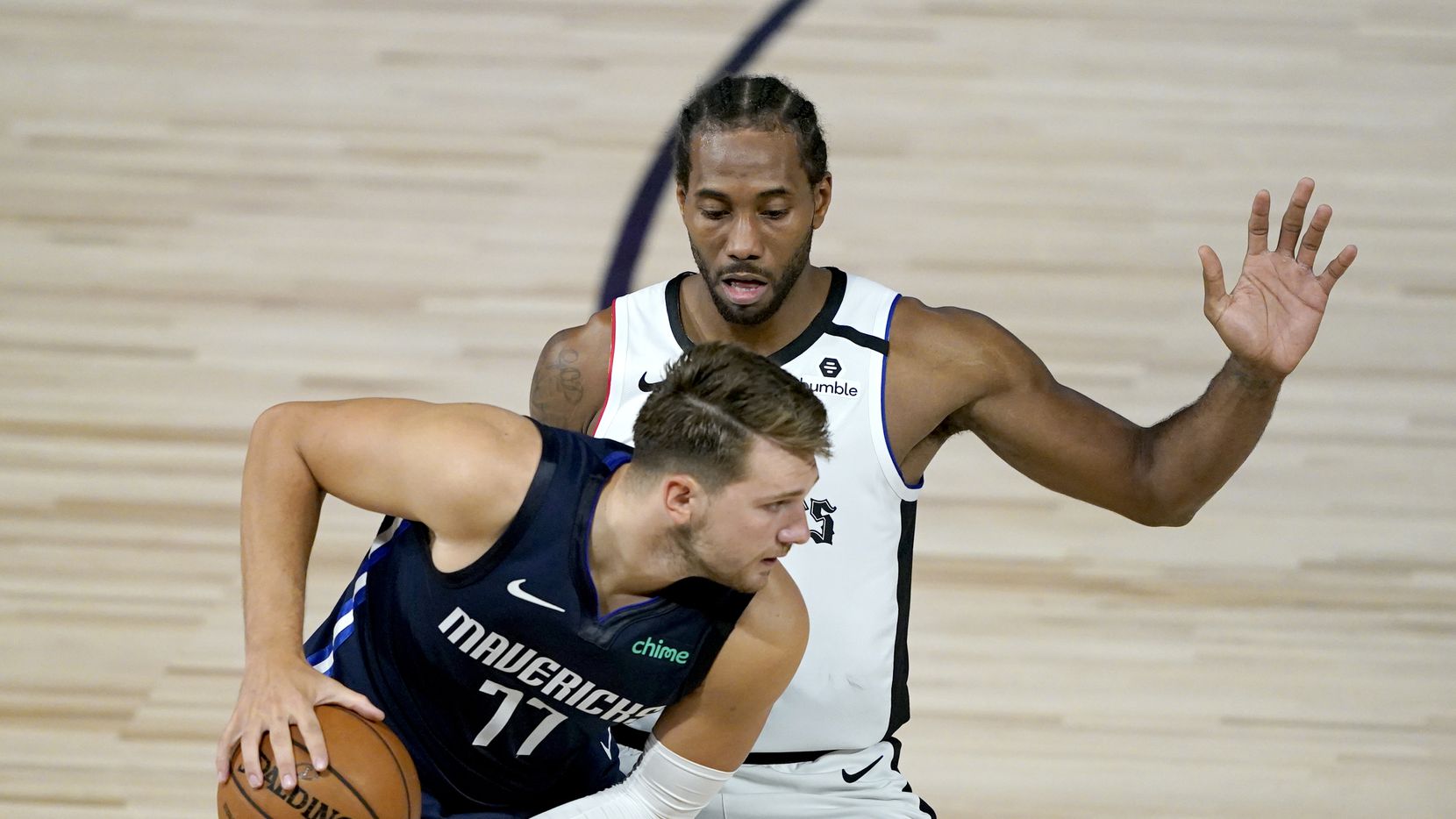 In what will be one of the most star-studded first round matchups int he NBA playoffs, the Los Angeles Clippers will square off against the Dallas Mavericks starting Monday.

Can Kawhi win a third title with a third different team? It seems that wherever the super-star goes, that team becomes an instant championship contender. The two-time finals MVP made his way to LA at the start of the season and helped recruit the services of a second star in Paul George to create a formidable super-team, built to beat their cross town rivals in the Lakers.

George and Leonard missed portions of the year through injury, but when they were both in the line-up, they looked like a legit title contender. They finished the season with a 49-23 record, good for second in the Eastern Conference and will enter the playoffs with a clean bill of health, which is arguably the most important factor for them.

You know what you are going to get from Kawhi Leonard and that is super-star level defence and fantastic ball management on the offensive end. What is less of a certainty is what you are going to get from Paul George. Leonard and George will likely share defensive responsibilities on Luka Doncic, so he needs to be locked in on that side of the ball to ensure a Clippers series win.

I honestly think that the Mavericks thought they would be in the position next season or the year after, however, the accelerated progression of young superstar Luka Doncic means that they are already a playoff team in the tough Western Conference. Donic is just 21 years old but already arguably the best offensive player in the league, averaging 29.0 points, 9.0 assists and 9.5 rebounds this season.

The Mavs also made the trade for Kristaps Porzingus in the off-season, who was a much maligned player for the Knicks but has blended in pretty seamlessly alongside Luka. If the pair can stay healthy, there is really no ceiling to their potential. The Mavs are probably still missing a few pieces to make them a true contender in the Western Conference, but if Luka fires offensively, they can compete with anyone night to night.

Luka is no doubt the most important player on the Mavs roster, but the key player in the series against the Clippers might be the big Latvian Porzingus. We’ve seen Anthony Davis tear the Clippers to shreds at times due to their lack of defensive big man and while Porzingus is certainly no Anthony Davis, he does have the offensive ability to dominate the likes of Ivica Zubac and Montrezl Harrell both on the block and the perimeter.

The Clippers have shown a real tendency to go missing in games throughout the season. Granted, they have played through big stretches where one of their two star players has been out through injury, but even with both of them in, there is still glaring deficiency in the defensive paint.

Regardless, they should be too strong for the Mavericks here but we think Luka is certainly good for at least two games. Back the Clippers to win 4-2 or better.

The CLippers start as six point favourites for game one, which seems right on the money. We are going to stray away from that and look towards the over under instead, which sits at 230, a little too high for a playoff game in our opinion. Under 230 Points (-109 at DraftKings) ✅

The MAvericks got 42 points from star point guard Luka Doncic in Game 1 but still went down by eight points. Both Kawhi Leonard and Paul George picked up early fouls in Game 1 that would have stemmed their ability to guard Luka. Expect that to be different in Game 2 and Doncic to have slightly less impact. The Clippers look good at the -6.5 point line. Clippers -6.5 (-110 at DraftKings) ❌

Is Luka Doncic already the best player in the league? The young superstar put the Mavs on his back in game 2, carrying them to a 13 point win on the back of a 28-8-7 performance. Both games have been scoring fests so far and we expect Game 3 to be no different. Back the over here. Over 232.5 (-109 at DraftKings) ✅

We feel like we are reading this series quite well after starting 2-1 through the first three games. It was an absolute scoring fest in Game 3 with the two sides putting up 252 points between them and we expect the scoring to continue in Game 4 as the Mavericks throw everything they have in an attempt to level the series. Over 231.5 (-110 at DraftKings) ✅

Did we just see the game of the year? The Mavericks won Game 4 on an all-time buzzer beater from star player Luka Doncic and now seem to have all of the momentum in the series heading into Game 5 tied at 2-2. Doncic will take some stopping in Game 5, especially with second banana Kristaps Porzingus looking likely to return from injury on Tuesday night. Back the Mavs to cover a 6.5 point spread. Mavericks +6.5 (-110 at DraftKings) ❌

Kristaps Porzingus has been ruled out for the remainder of the series with an injured meniscus and after a few hiccups, the Clippers now look to have control of the series. They start as big 10 point favourites in Game 5 but with Luka Doncic’s sprained ankle healed from the extended break between games, we think that is too many, back the Mavs to cover here. Mavericks +10 (-118 at DraftKings) ❌