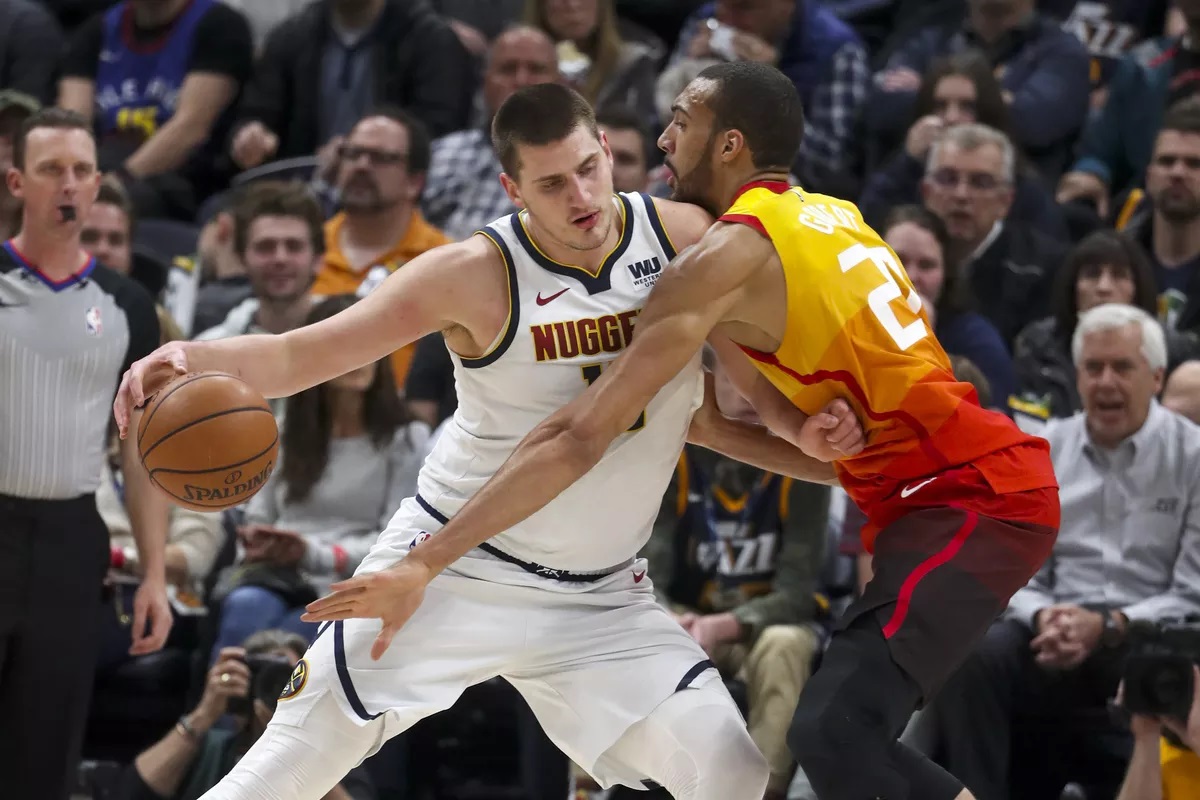 The Nuggets and Jazz have somewhat been the forgotten powerhouses in the Western Conference over the past few years. They are both perennial playoff teams, but have really struggled to make much happen in the post-season.

The Nuggets secured the 3rd seed in the Western Conference with a 46-26 record through the regular season. They were a little underwhelming at times after the season restarted, but were battling some injuries to key players in the likes of Gary Harris, Jamal Murray and Paul Millsap. Those guys will be back in the playoffs though, and with them the Nuggets have one of the deepest rosters in the leauge.

One of the bright spots to come out of the injuries to the above mentioned key players in the Orlando bubble was the emergence of Michael Porter Jr. Throughout the first seven games of the NBA restart, the second year player relished the role of primary scorer in the absence of the starters, scoring 22 points per game.

Getting another reliable scorer in Michael Porter Jr. is what the Nuggets have been searching for to aid Nikola Jokic, but make no mistake, the bulk of the responsibility still falls on the shoulders of the big Serbian. Needs to at his best offensively to make all-defensive opposition center Rudy Gobert accountable here.

The Utah Jazz will compete in the post-season for the fourth straight year in 2020 and in that run, they are yet to advance past the second round. They were comfortably defeated by the Rockets in Round 1 last season and will be desperate to prove themselves worthy of a playoffs berth this season.

The Jazz made some big moves after they were bounced from the playoffs in the first round last season, bringing in Mike Conley to bolster their guard stocks and trading for Bojan Bogdanovic. With Gobert as the anchor, defense has never really been an issue, but the Jazz desperately need more scoring options.

Mitchell has had a tendency to go missing in games throughout his career so far. That can’t happen if the Jazz want to be competitive in this series. The Jazz are already short on scoring options and so much of the responsibility falls on Mitchell. Without him scoring at least 20 points per game, they are no chance.

Some of the key players for the Nuggets will no doubt be coming into this game pretty rusty after missing a large portion of the NBA restart. However, there seems to be just too much talent on paper on that side of the ball to bet against them.

The Nuggets were without their starting guards in Harris and Murray for a portion of the restart and were still able to secure the third seed. With those players back in the line-up plus the added bonus of a bona-fide scoring option in Porter Jr. they should be too strong for the Jazz.

Nuggets all day here as 3 point favourites. The Jazz didn’t do anything to impress me in the NBA restart and I just think the Nuggets are a much better team. Should be favored by more. Nuggets -3 (-112 at DraftKings) ✅

The Nuggets looked good in Game 1, recording a 10 point win despite the game going to overtime. The fact that Donovan Mitchell scored 57 points at the Nuggets still won is damning for the Jazz. We can’t expect another game like that from Mitchell, so expect the Nuggets to roll on here. Nuggets -3.5 (-113 at DraftKings) ❌

Game 2 in the Denver-Utah series was a stark contrast to Game 1. The Jazz came out guns blazing and although they didn’t get 57 points from Mitchell, they were still great on offense, picking up a 19 point win as they dropped 124 points. Still, can’t see that offense replicating that performance on a nightly basis. Love the value of the Nuggets in Game 3. Nuggets -1.5 (-110 at DraftKings) ❌

Safe to say we haven’t read this series perfectly so far. We thought the Nuggets would come out in dominant fashion and they did in Game 1. Game’s 2 and 3 have been totally contrasting though with the Jazz claiming two big wins. We have to stick with what we believe though and we like the Nuggets to bounce back here, especially now that they have a 3.5 point head-start. This series has the feeling it’s going the distance. Nuggets +3.5 (-110 at DraftKings) ✅

After backing the Nuggets for four straight games for a 2-2 result, we are finally hopping off the Denver train in Game 5, as they just don’t look up to it. They were dominanted for the majority of the contest in Game 4 only to sneak in a backdoor cover right at the end of play. Donovan Mitchell looks absolutely unstoppable at the moment, dropping his 2nd 50 point game of the series in Game 4 and we sure as hell aren’t going to bet against him again. Jazz -3 (-108 at DraftKings) ❌

Safe to say we have not been reading this series well so far. The Jazz looked to have it wrapped up after game four but the Nuggets bounced back to win Game 5 and force another game. These two teams are seriously so evenly matched but it seems as though whoever turns up to play on the day is capable of winning by 20+. Staying away from Game 5. No Bet

GAME SEVEN. The two sweetest words in all of sports. What we thought was originally going to be a pretty boring series has no doubt been the most intriguing of the first round and it will come to a close on Tuesday night as the Jazz and Nuggets square off in Game 7. Jamal Murray and Donovan Mitchell have had a battle for the ages and we see no reason why those two, particularly Murray, can be stopped in Game 7 when they haven’t even come close to being stopped in the first six games. Murray Over 30.5 Points (-112 at PointsBet) ❌