We’ve had a strong recent run of results and will look to keep the momentum rolling.

Below are my MLB best bets for Sunday, 8/21, with Game Simulations powered by our friends at Ballpark Pal.

As always, you can support the site and keep Total Sports Picks free by signing up to PointsBet and using PointsBet promo code 2FREEBETS when registering. 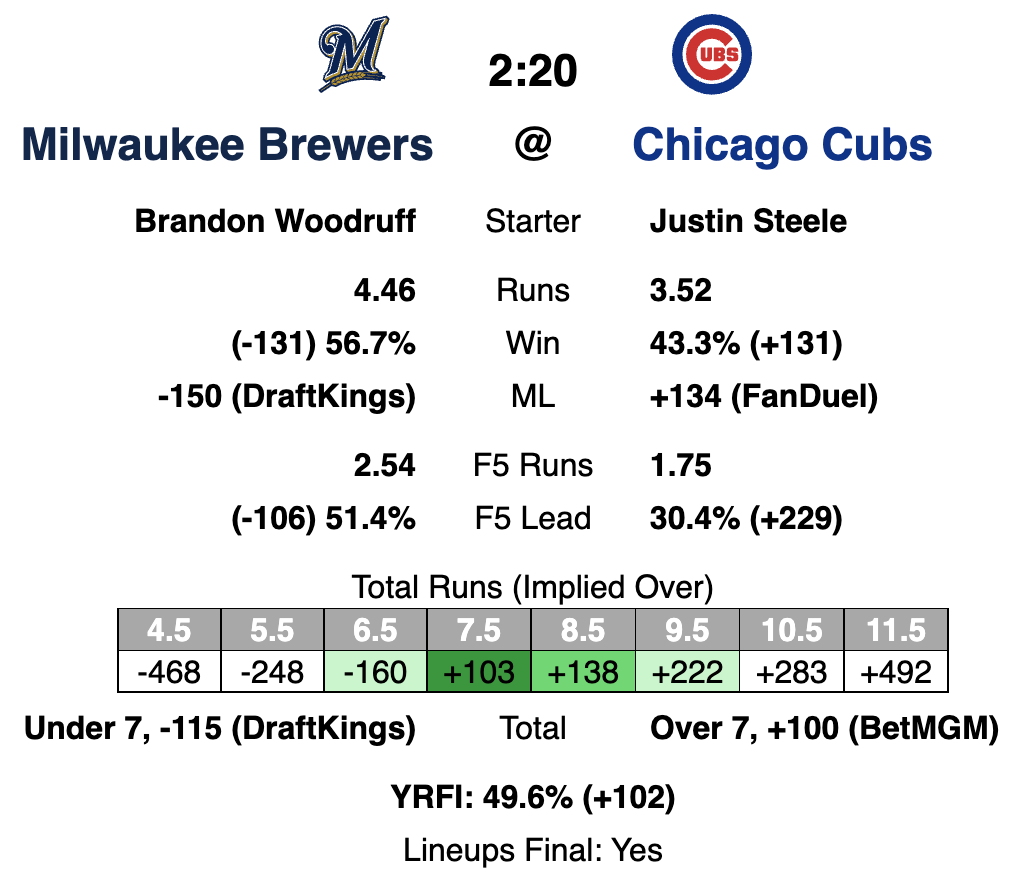 It has been a tale of two halves for Brandon Woodruff. The RHP has a 2.64 ERA and 1.08 WHIP in the 2nd half of the season, lowering his season-long numbers to a 3.58 ERA and 1.15 WHIP.  His 3.17 FIP suggests even more positive regression is possible.

Milwaukee has one of the weaker lineups against LHPs in baseball. As a team, the Brewers have a .660 OPS, which has contributed to an abysmal 87 wRC+. Their 25.3% K% against southpaws is third-worst in MLB. Cubs starter LHP Justin Steele has tamed this same Brewers team four times already this year, racking up a 2.75 ERA and 24 Ks over just 19.2 IPs. Steele’s extreme ground-ball tendencies make me less concerned that Milwaukee will magically figure him out the fifth time around.

My projections and predictions both align with Ball Park’s simulation above. The Brewers will struggle to score runs, but ultimately should be able to do just enough to scrape together a Sunday matinee win. I’m backing the performance of both starters along the way.