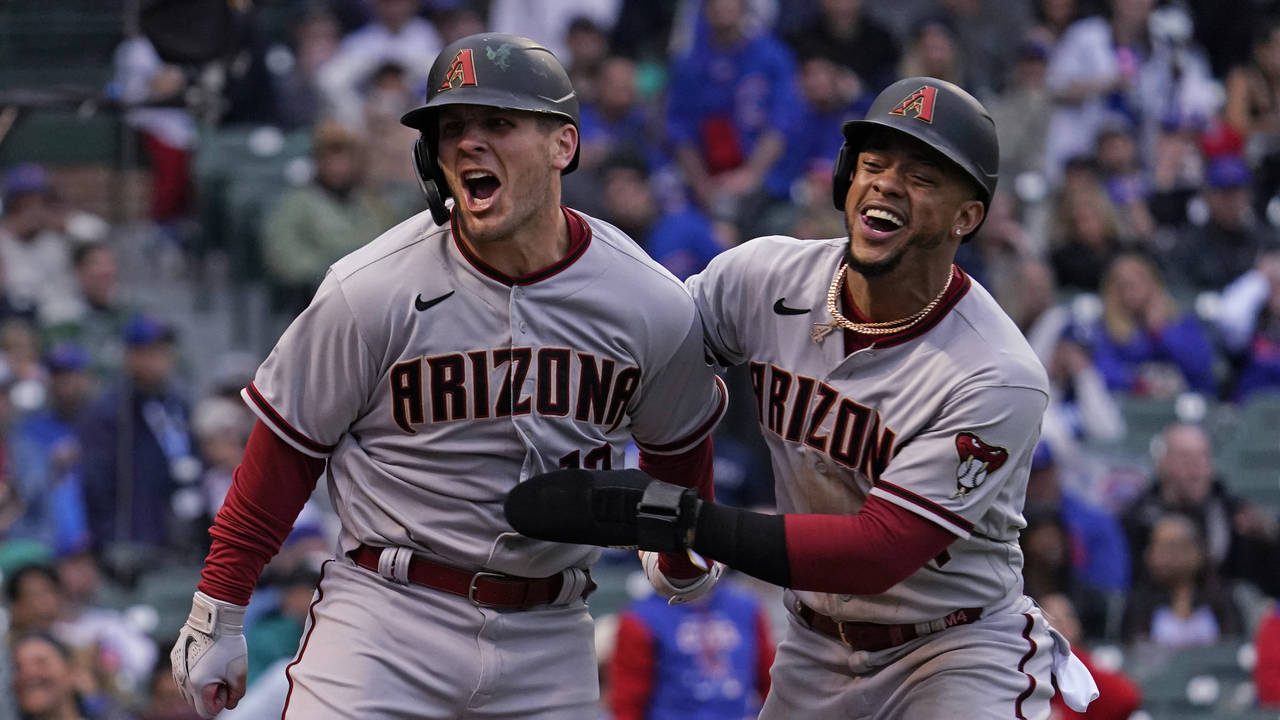 We have a fascinating set of Saturday games on tap, with a number of key, intra-division matchups with playoff implications, plus some extreme high and low game totals.

Below are my MLB predictions and best bets, with Game Simulations powered by our friends at Ballpark Pal.

As always, you can support the site and keep Total Sports Picks free by signing up to PointsBet and using PointsBet promo code 2FREEBETS when registering.

On one hand, there’s no better way to neutralize the hitter-friendly environment at Coors than keeping the ball on the ground. On the other hand, Urena simply does not miss bats – his 7.0% SwStr% would be the lowest in all of baseball among qualified pitchers – and his margin for error is miniscule. His 5.59 SIERA, 5.17 xFIP and 66.2% LOB% all suggest further regression likely lies ahead.

Worse yet, Urena has extreme platoon splits. He has a bloated .384 wOBA vs. LHBs this season, with a gaudy .310/.420/.500 slash-line served up to southpaws at home – albeit in a sample size of 50 total batters faced. For his career, Urena has allowed a .285/.356/.477 slash line (.353 wOBA) to LHBs. These numbers are all the more shocking when you consider that he played his first 7 seasons with the Marlins and Tigers, who have two of the absolute most pitcher-friendly parks in baseball.

The Diamondbacks are projected to have seven (7!) left-handed bats in their lineup tonight. Yikes. 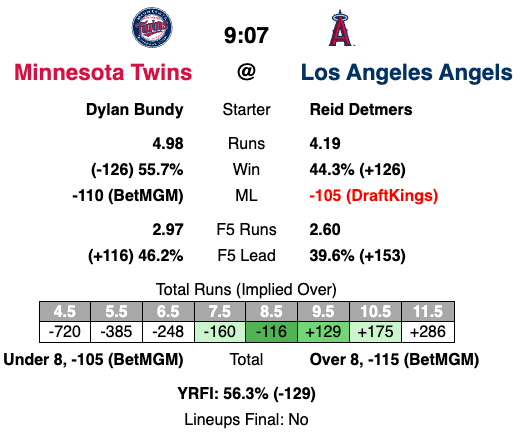 So why am I backing a pitcher with an extreme case of homeritis? Because he’s facing one of the most homer-phobic team’s in MLB.

Since June 1, as a team vs. RHPs, the Angels have a 0.635 OPS and 0.278 wOBA vs. RHPs, both second-worst in all of baseball. They strike out against right-handers at a ridiculous rate (28.4% K%) and don’t hit the ball especially hard when they do manage to make contact (30.2% Hard%). To boot, they’re likely only going to face Bundy twice. The Twins have been limiting the 29-year-old’s pitch count and number of times through the order. Minnesota’s bullpen has a 4.41 ERA collectively since the All-Star Break, but a 3.79 FIP and 68.1% LOB% suggests they’ve been as unlucky as they have mediocre.

This likely will be a low-scoring affair, which again favors the Twins. The visitors are 16-16 in 1-run games, while the Angels are 9-19 in the same situations.

Minnesota is the deeper, more talented team. They’re fighting for a playoff spot and projections suggest they should be favored more heavily than the current pick’em odds. There’s enough here for me to back the Twins with confidence.