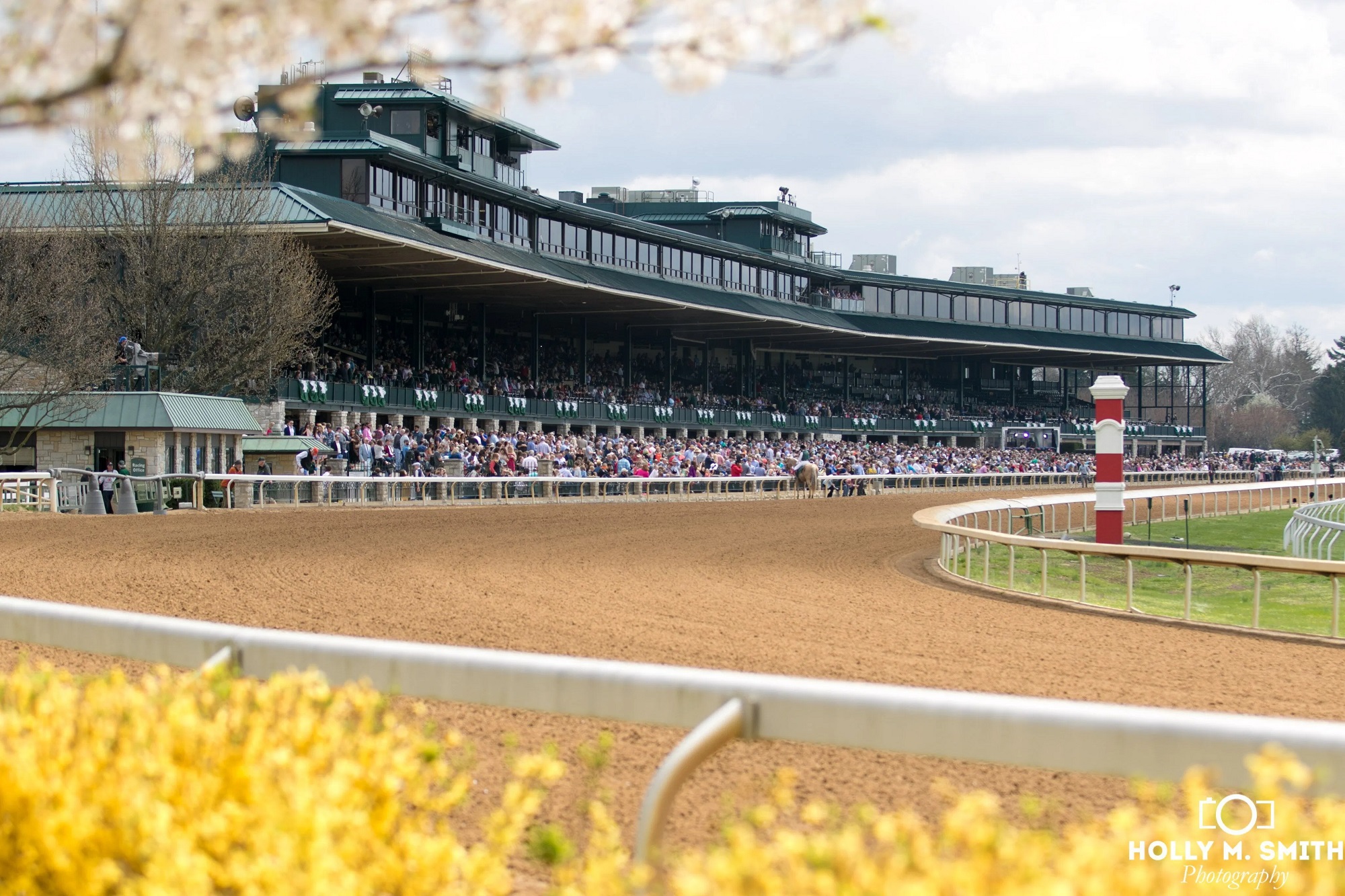 The first Grade I run is the $400,000 Central Bank Ashland Stakes in race seven. A field of six fillies (three-year-old females) will race 1 1/16 miles on Keeneland’s main track. It’s also a qualifier for the 2020 Kentucky Oaks, which is the female version of the Kentucky Derby and run the day before the Derby.  Points are awarded in the same fashion as the KD.

VENETIAN HARBOR (PP: 2 ML 6/5) has been the favorite in her four starts, finishing first and second twice. She was well beaten by SWISS SKYDIVER in her last while posting the top last race speed figure for this crew. Trainer Richard Baltas rebounds at 29% the next time out with beaten favorites.

TONALIST’S SHAPE (PP: 5 ML 6-1) has raced seven times and won six of them. She had a bad race in non-winning effort, once again as the favorite in a race won by SWISS SKYDIVER. She rebounded to win the next race, which was her last outing, and trainer Saffie Joseph, Jr. follows a win with another at a robust 31%.

BONNY SOUTH (PP: 3 ML 5-1) collected the checkered flag in her last two races and was awarded the win three back, compliments of a disqualification. Technically, she’s won three straight. With or without the DQ victory, she’s gotten better race after race and posted one of the better speed numbers in her last. If she continues the path up the performance ladder, she could collect the winners’ 100 Kentucky Oaks qualifying points.

SPEECH (PP: 6 ML 2-1) is also scheduled to run in Friday’s Beaumont Stakes and is our top pick in that race. She’s finished second in her last three efforts, bridesmaid to three outstanding horses, SWISS SKYDIVER, GAMINE, and DONA VELOCE. In our opinion, there is similar quality in this race too. The question is whether team Eclipse Thoroughbred Partners And Madake want to collect a winners’ check on Friday or compete for a spot in the Oaks on Saturday.

BET NOW: CLICK HERE TO BET ON THE ASHLAND STAKES AT TVG.COM

Race eight leads into the Blue Grass Stakes and is the other Grade I on the card. Eight fillies and mares (female horses) are going to go 1 1/16 on Keeneland’s Turf course, conditions permitting, for the Coolmore Jenny Wiley Stakes.

We believe the top three horses are evenly matched and could hit the wire first through third in any order.

RUSHING FALL (PP: 4 ML 6/5) gets the nod as the oddsmaker’s morning line favorite. It’s easy to see why. She’s won nine of 12 starts with a pair a seconds, putting more than $2 million in the bank account. She’s been a master at Keeneland with four wins in five races, but it’s also the home of her lone out of the money result. She won her last race and is making her second start following eight months in the barn, which suggests she was injured in her fourth-place finish. Trainer Chad Brown wins second starts at 25% and follows a win with another at 29%.

JULIE OLIMPICA (PP: 6 ML 5/2) has raced a half-dozen times and won five of them with a second, giving up the lead near the wire. She’ll be hitting the track for the first time since May 25th. However, she runs well fresh, winning her last three first starts off the bench, including her debut.

TOINETTE (PP: 8 ML 5-1) has won eight of 11 turf races and is two for two at the distance, including a win over RUSHING FALL. She ran terribly in her only trip on an inner turf course, excusable; looked tired in the fifth race of a five-race cycle, excusable; and in her debut, it happens. The Jenny Wiley will be her second race after six and a half months in the barn. Her limited history says to expect improvement today.

JULIET FOXTROT (PP: 2 ML 8-1) had the lead in the stretch as the favorite in her last race, only to give it up late and finish a disappointing sixth. To be fair, it was her first race since December 1, 2019, so maybe she needed to shake off some rust. Trainer Brad Cox has strong winning percentages with beaten favorites and in second starts, 30% and 27% respectively.

LA SIGNARE (PP: 3 ML 30-1) has run at Keeneland twice, which can be a tricky track for even some of the best horses. She has a second and third in those two efforts. They could have just as easily been wins, losing by a neck and by just a ½ length to TOINETTE in the other.

BET NOW: CLICK HERE TO BET ON THE JENNY WILLEY STAKES AT TVG.COM

The Detour to the 2020 Kentucky Derby stops 79 miles to the east of Churchill Downs this weekend. Race number nine, the Grade II, Toyota Blue Grass Stakes at Lexington, Kentucky’s Keeneland Racetrack awards the winning horse 100 qualifying points, 40 for second, 20 for third, and 10 to clean up the superfecta.

Collecting a first or second place paycheck should equal a ticket into the run for the roses. All horses with at least 38 points qualified for the KD since the format switched to a point system in 2013.

SWISS SKYDIVER (PP: 7 ML 3-1) will try to make history as the first filly (female) to wear the Blue Grass Crown. She’s the morning line favorite to get to the winners’ circle after winning three consecutive races. She’ll be making her sixth start without a break and her form slipped a little in her last. The Kenneth McPeek trainee might be a touch tired and in need of some time on the sidelines.

ART COLLECTOR (PP: 3 ML 5-1) has also won three-straight, including tying for the top last race speed figure. He has a chance to be better in the Blue Grass in his third start after six-months in the barn. Despite significant speed figure improvement, we would have liked for the son of BERNARDINI to run faster fractions in his last outing.

RUSHIE (PP: 10 ML 5-1) tied for ART COLLECTOR for the highest last race speed figure in a third-place finish in the Grade I, Santa Anita Derby. However, it was a good third if there is such a thing. He finished behind two of the favorites to win the 2020 Kentucky Derby in HONOR A.P. and AUTHENTIC. In our opinion, none of the other 12 competitors are on the same level as HONOR A.P. and AUTHENTIC.

SHIVAREE (PP: 1 ML 8-1) has finished in the money in his last seven races with three wins, three seconds, and a third in his last start. He’ll be making his second start off the bench and his history suggests he’ll be much better in round two. He ran his best race of 11 in his last second start after a layoff.

ENFORCEABLE (PP: 12 ML 10-1) has hit the board in five of six on a fast track, including a win and second at the Blue Grass distance. His last race was the only fast surface miss, but he had an excuse due to a slow start. He’s a closer and his best chance comes with a hot, early pace.